#8 We need a new, yet familiar, event franchise. 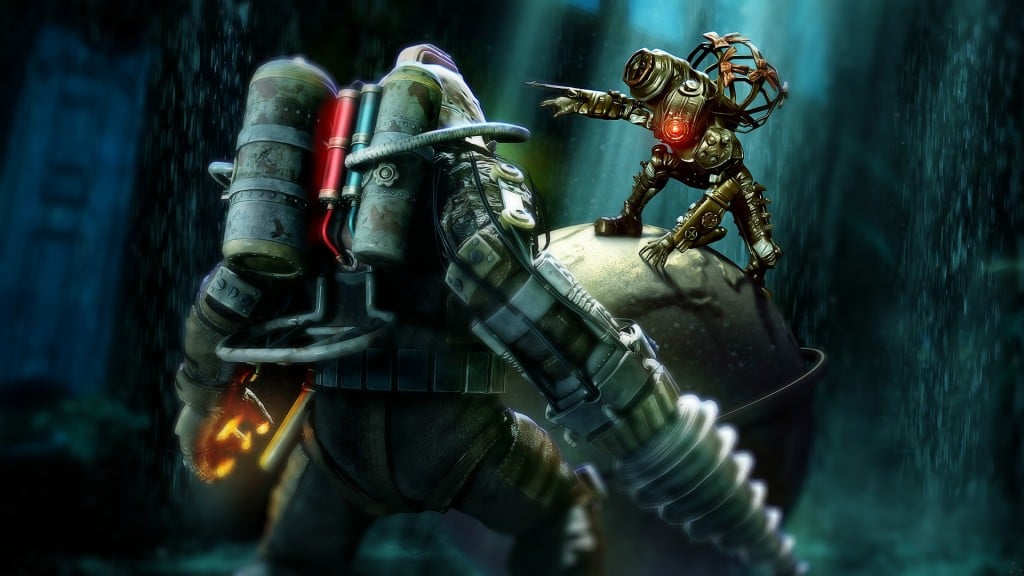 For the time being, comic-book movies are doing quite fine at the box office, drawing in huge crowds with ever-expanding movies and inter-connected stories.

But the bubble is bound to burst eventually. I doubt comic-book movies will go away completely (even westerns are still kicking around), but they will see diminishing returns sooner rather than later. And when that happens, a new kind of blockbuster should be ready to take its place.

YA adaptations have fizzled out (Divergent is being relegated to television before its final movie). Nostalgia retreads are failing more than they’re succeeding (see the terrible box office numbers for Independence Day: Resurgence, Ghostbusters, and even Jason Bourne). And sci-fi movies are currently being dominated by Star Wars, to the point where even a well-received Star Trek movie is somehow underperforming.

BioShock offers something fresh and different to the landscape of event movies. It’s not quite sci-fi or pulp. Horror is too limiting a term, but so is adventure. If anything, these are smart, atmospheric action stories more akin to The Matrix and Inception, somehow coupled with fantasy and terror, as well.

That alone is enough to excite audiences thirsting for something new, but it helps that BioShock is established enough as an IP to also be familiar. Moviegoers aren’t risking their money on an unproven concept or obscure property. The games have collectively sold over 25 million copies, many of these from the most previous game. And it’s probably safe to say that the Big Daddies and Little Sisters are recognizable enough at this point to turn most heads, even if they’ve never heard of the games.

Yes, video game movies are rifled with doubt as a “genre.” But that’s the sort of weakness that can be used as an opportunity for the film studio. And “video game” movies like Wreck-It Ralph and Scott Pilgrim vs. the World are proof of how good these ideas can be executed when in the right hands. Speaking of which…