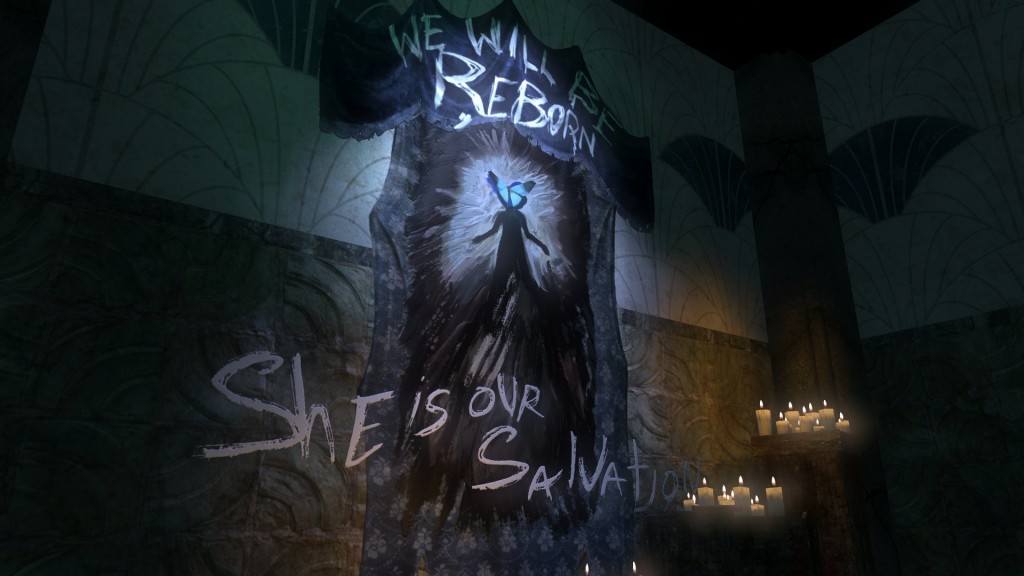 Nolan is one of the ideal choices to tackle something as complicated, visceral, and different as BioShock. And aside from his upcoming 2017 film, Dunkirk, the director has not publicly signed on to anything else (he even turned down Ready Player One, which was picked up by Spielberg).

He’s reportedly said that he’s not opposed to more superhero films (outside of DC comics projects), which means he’s probably not done with adaptations in general. He’s following up Interstellar, an original screenplay, with Dunkirk, which he wrote as a depiction of the Dunkirk evacuation in World War II.

His flaws in filmmaking aside, Nolan has proven extraordinary at finding unique spins on established properties. He helped refresh a new style and perception of Batman that led to masterful comic book movies. And something that demands a lot of vision, speciality, and creative liberty like a BioShock film is right up his job description.

The only downside? Nolan is notoriously tied to Warner Bros., and Sony currently owns the rights to BioShock. Still, it’s not impossible to suggest that a deal can be made in order to get the right talent.