Skip to content
by Nick Navarro on September 26, 2016
Previous1 of 6Next 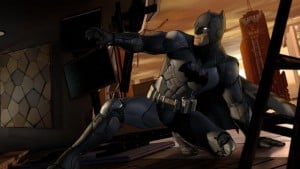 Last month, I did an article about the first episode of Batman: A Telltale Series and the things to look forward to. Now that episode two (Children Of Arkham) has been released there really were things to get excited about and there still will be.

This series really turns the Batman mythology right on its head. Taking things and characters we know and put a completely new spin on them.

The following pages are VERY SPOILER HEAVY. So if you haven't played Children Of Arkham, click "Next" at your own risk.

Thomas Wayne, A Man We Thought We Knew 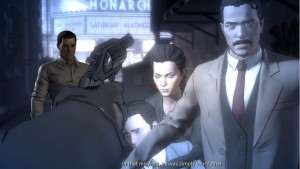 The biggest mystery revolving around this series so far is the questionable past of the Wayne family. Bruce has grown up believing that his parents were riotous and charitable people, but skeletons have been coming out of the closet and we are led to believe otherwise.

Thomas Wayne had a very close ally named Carmine Falcone. So close in fact, that before Carmine was assassinated he referred to the Wayne's as family. We all know when Falcone is involved there's always crime and trouble. Could Bruce's family fortune have been built by the mob? It's looking to appear so. 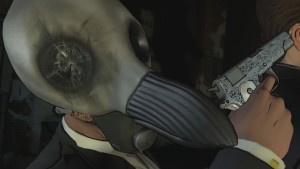 Another nail in the coffin against Thomas is his power to control and manipulate higher ups in Gotham. He had Oswald Cobblepot's parents committed to Arkham Asylum, from there he ended their lives.

Thomas Wayne is looking to be quite the gangster and Bruce is having trouble defending him. The road to acceptance will be hard, but perhaps this is all a elaborate scheme. The evidence seems to be rather concrete but only time will tell.

There seems to be a number of victims from Arkham (hence the title Children Of Arkham) that are beginning to rise and revolt against the Wayne family by exposing Thomas' past. 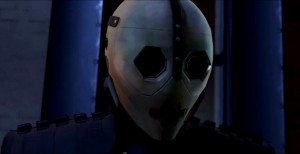 Perhaps "New" may be premature to say, since he person behind the mask may very well be someone we know. For now what we know is that Cobblepot isn't the main baddie and he's working under this unnamed antagonist.

If I had to take a guess on who the villain was, choosing from the large rogues gallery, I would believe him to be The Scarecrow. Multiple times in this episode there have been people under the influence of some kind of toxin that will temporarily brainwash a victim to do an act to benefit our antagonist.

Officer Renee Montoya was our first experience with this drug when she murdered Carmine Falcone at gunpoint while he was in a hospital bed. After the dust had settled, Montoya wakes up in shock at what she has done. So far this sounds like The Scarecrow's M.O.

Chosing To Rescue Harvey Or Selina

The biggest choice put upon the gamer in this episode is near the very end during the mayoral debate when all hell brakes loose. Harvey is on the ground about to be attacked by Penguin with a giant stage light. While Selina has been shot, also on the ground and is about to have a number of armed henchmen after her.

Throughout the two episodes I have been courting Selina romantically (like a Batman does) and during this scenario I couldn't help but follow that emotion and rescue Selina/Catwoman. In doing so I also spawned the birth of the horribly scarred Harvey Dent. I wasn't surprised when it happened, but at the same time I really couldn't tell if I made the right call.

So I replayed the scenario again and chose Harvey. I saved him and he was very grateful while Selina got banged up considerably more but narrowly escaped on her own. Something tells me that will put a damper on Bruce's love life going forward.

By the end of this episode you can create the future Two-Face or alienate a romance between Bruce and Selina. Two very polarizing choices that could really change how the events of Episode three will play out.

Continuing to peel the onion on the Wayne scandal and uncovering the secrets of Arkham Asylum with our masked villain are enough to keep you captivated with this series. There are only three episodes left and there's no doubt that there will be many more twists and turns.