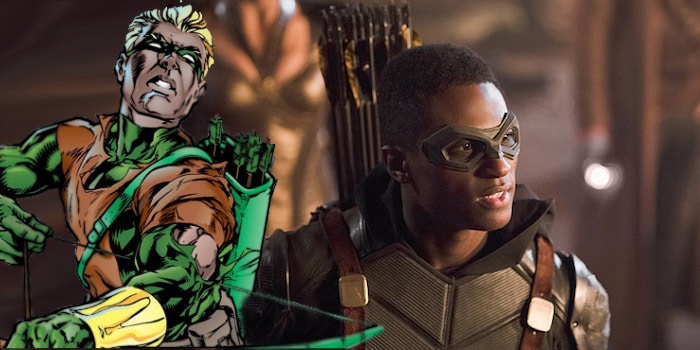 In the comics Conner the son of Oliver Queen, and served as Green Arrow after Oliver was killed stopping a bomb-filled airplane from destroying a city. Hawke is the son of John Diggle. He isn’t using his real name (John Diggle Jr.) because of the guilt he feels for failing to save his father’s life during Grant Wilson’s uprising. I absolutely loved the show’s take on Hawke and definitely want to see more of him in the future.