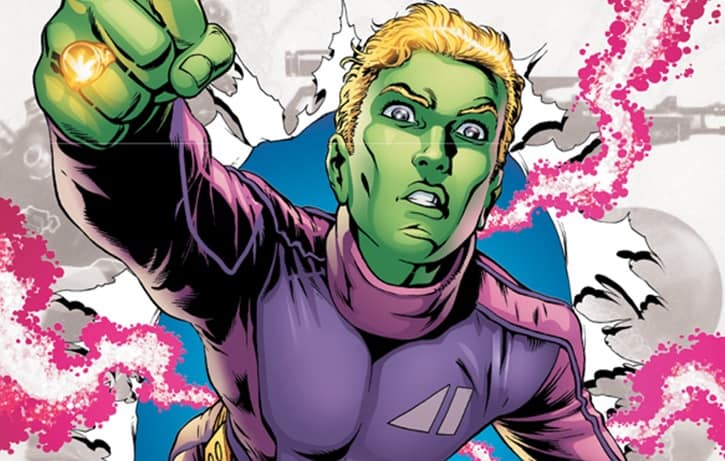 2: Brainiac 5 (and the Legion of Super-Heroes)

I’m not going to life: one of Supergirl’s problems in Season 1 was without doubt the too many love interests that Kara had which I hope doesn’t carry on to Season 2. Whether it’s Jimmy that she is destined for or not, there is one character in particular that I hope to see get explored as a great love for Kara and that is Brainiac 5. Through the comics that I have read with Brainiac 5 in it, I have always enjoyed the concept of a friendly version of Brainiac and bringing in him from the future would be a nice element for the show to explore. What I would also want to see with a possible introduction of Brainiac 5, is also the introduction of the Legion of Super-Heroes which we have already gotten the biggest nod to as we have seen Superman own a Legion ring lying around in the Fortress of Solitude and Supergirl does have a connection with that group in the comics, so it would definitely fit in introducing onto this show and who knows, maybe even have them show up through Legends of Tomorrow one day.