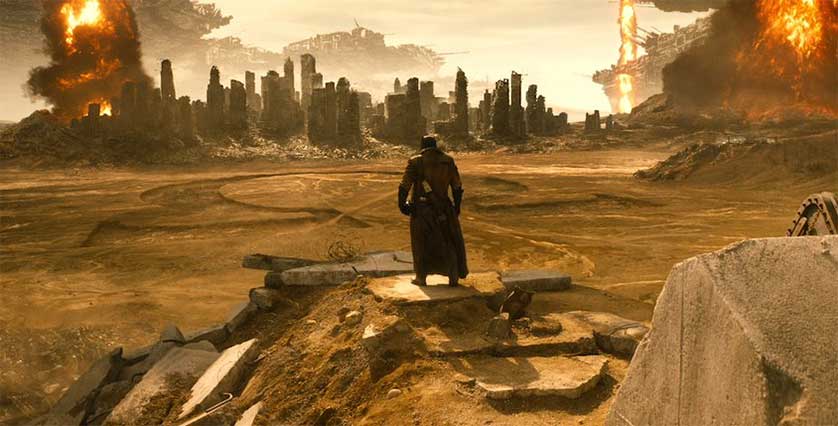 One of the most interesting moments was this crazy hint-filled nightmare sequence that Bruce Wayne has in the middle of the film. In the dream Batman fights off soldiers who are under Superman. They are loyal to him to the point of kneeling in his presence.  This sequence is bizarre because not only do we see Superman kill people and Batman use a gun, but immediately following we get to see The Flash telling Bruce to “Find Them”. It’s sort of a jarrin scene and moment and I think that was the intention. It works well to put the audience off balance while giving them a hint at what’s to come and what could potentially happen. The dream brings to mind the game Injustice: Gods Among Us with the thought of a more murderous and all ruling Superman.