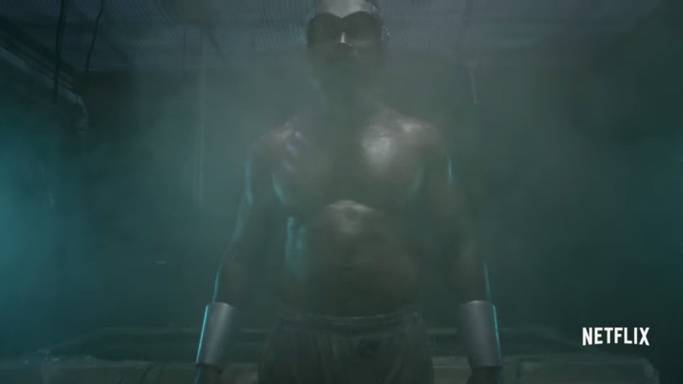 The appearance of a tiara and some armbands should not make me as happy as it does, but here we are. Right at the beginning, we get a tease of Luke Cage’s Wolverine-esque origin (though to be fair, Cage was created before Wolvie). A wrongfully-imprisoned inmate at Seagate Prison, he volunteers for an experiment, and, in the process, is given unbreakable skin and superhuman strength. It’s cool to get a glimpse at his backstory, but you know what’s even cooler to get a glimpse of? THE TIARA!

The tiara/armband look is Luke Cage’s original design, but while it’s certainly beloved by nostalgic fans, it’s definitely a product of the 70’s. But the fact that we get even a passing reference is impressive, and it just shows how much care and effort the people over at Marvel and Netflix are putting into these things.

Fun fact: the production name for ‘Luke Cage’ was, in fact, ‘Tiara’. Nice.