Skip to content
by Christian Michael Stoic on March 18, 2016 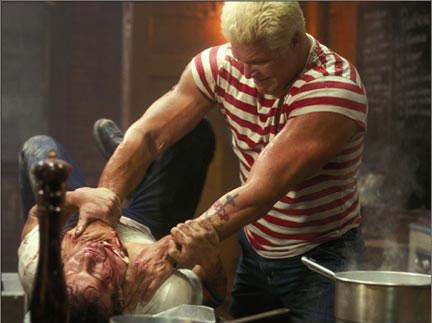 The Punisher hasn’t had a great run when it comes to his live action film appearances, but in this scene Thomas Jane portrays a Frank who has to deal with a foe that is more than twice his size. In a film that is mainly just mediocre this action scene is actually a well shot and staged moment. The fight is contrasted with a classical score making this scene even more interesting to watch take place. The difference in size between the two is also handled very well and it is just a great moment that I didn’t want to neglect when compiling this list.