He is passionate about his… passions. 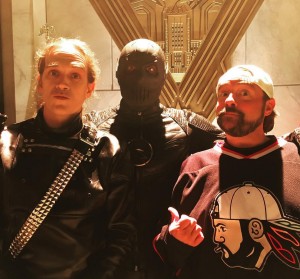 This is the guy who directed Tusk, a film about a psychopath who tries to turn a guy into a walrus, and is currently wrapping production on Moose Jaws, which is, essentially, Jaws with a moose instead of a shark. Or maybe it’s a shark-moose hybrid. Who knows, but this is a guy who follows his passions, if not anything else. He will strive for an emotional episode that feels sufficient and meaningful, and he won’t care if the rules of science and logic apply or not. And I don’t know about you, but that’s what I want to see in my live-action superhero stories.