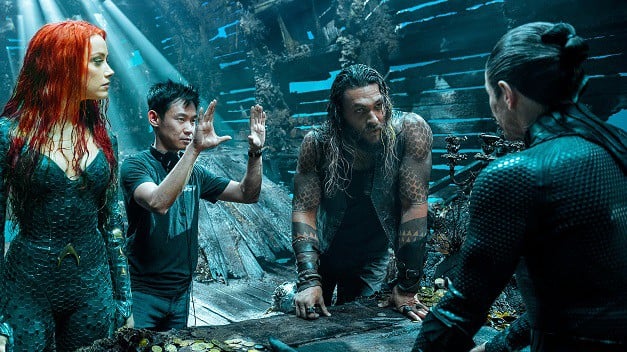 In a recent interview, Aquaman director, James Wan, seemed uninterested in taking over Zack Snyder’s former position as the head of the DC Universe.

In the interview, the director talked about the directing that the DC Universe seemed to be heading in. He claimed that he didn’t know what its bigger goals were but overall seemed to regard the new direction as a good thing:

I don’t know what the bigger picture is. But I think it’s really cool to take chances with the lesser-known characters and story lines. It’s good if all the other films have their own flavor, so they don’t force them to feel the same.

He then discussed the possibility of taking over Zack Snyder’s former role as the head of the DC Universe. While he didn’t rule the idea out entirely, he did not seem eager to take on the job:

It’s taken me so long just to finish this movie. I don’t want to think about somebody else’s movie at this point. I just want to survive this one.

From the look of things, the Aquaman director wants to finish his own projects before moving on to other people’s.

What do you all make of this idea? Based on what has been said of Aquaman, would you like to see James Wan be in charge of the DC Universe? Let us know what you think in the comments below!

Here is a plot synopsis for the film: