In just a couple of weeks from now, the highly anticipated sixth overall installment in the DC Extended Universe, Aquaman, will splash into theatres. The film, directed by James Wan, will follow Arthur Curry as he takes his place as King of Atlantis as the powerful superhero Aquaman. In a recent interview with Empire Magazine, Wan stated the following about his inspirations for the movie:

Obviously I loved the movies of George Lucas and Spielberg. This movie is my embrace of all the filmmakers I grew up loving; those sort of Spielberg-inspired wonderment movies from the ‘80s […] I finally get the chance to design some really fantastic worlds, the kind you’re used to seeing in Star Wars and Lord Of The Rings.

In addition, two brand new images from the Aquaman have been revealed, courtesy of Empire Magazine.

Below, we can see Aquaman himself suited up in a heavy metallic armor suit with his trident in action, more than likely from a major action sequence in the film. 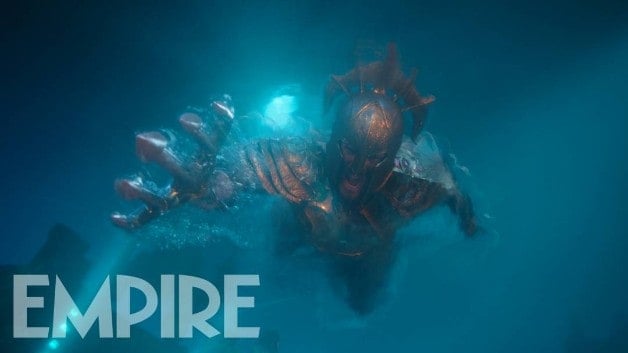 Finally, in this image we see Aquaman going up against the villainous Orm, portrayed by Patrick Wilson. Orm will be the main antagonist in the blockbuster, and has been a fan favorite character from the source material for years. 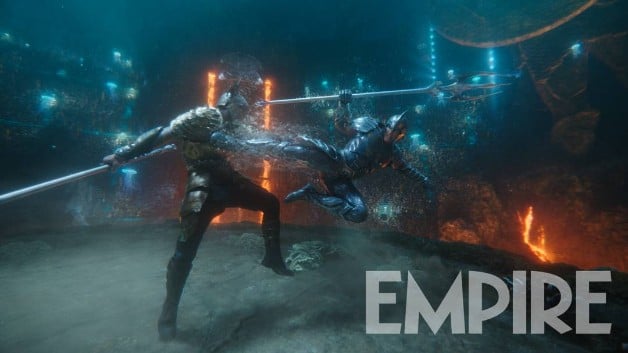 Aquaman will be released in theatres on December 21, 2018, by Warner Bros. Pictures

Previews World has unveiled official Captain Marvel promotional artwork that offers a first look at Brie Larson's Carol Danvers in her iconic costume with a helmet.

Captain Marvel will make her Marvel Cinematic Universe debut in roughly four months and it appears the titular heroine will don more than one version of her costume in her highly-anticipated standalone film. Now, recently unveiled framed art prints offer fans their first look at Carol Danvers in her red costume and helmet.

You can check out first photo below and click "Next" to see the rest of the gallery!

The framed art prints will be available on February 27, 2019. Here's the official synopsis for the upcoming Marvel Studios movie:

Captain Marvel will be released in theaters on March 8, 2019. Stay tuned for the latest news regarding Brie Larson's Carol Danvers and the rest of the Marvel Cinematic Universe1

I am a Canadian film critic, journalist, actor, and director. Movies are my passion.