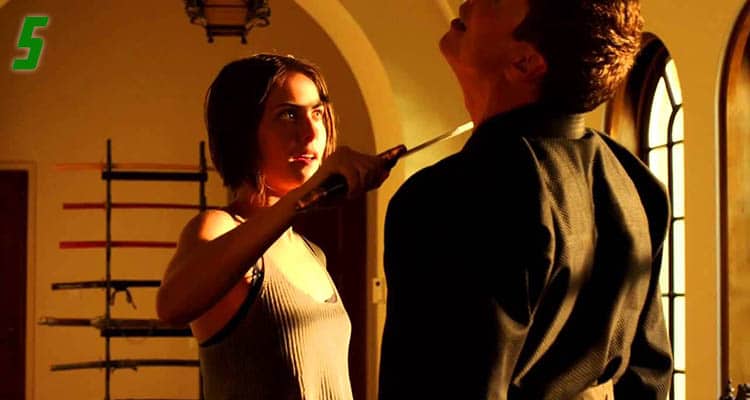 There is perhaps no one in the entire series who has meant more to Oliver Queen than Thea. She’s his little sister. Assuming he’s roughly ten years or so older than her puts him in sort of a parental position, making him especially protective of her. After struggles with drugs and alcohol, Thea was finally on the righteous path when she told the reins of Verdant. That’s when Malcolm Merlyn comes in, reveals he’s her father, and teaches her to become formidable martial artist, and, subsequentially, a vigilante.

While some people make the argument that Thea was headed down a dangerous road and that Malcolm’s training taught her discipline, she was actually doing pretty well. One could argue that her mother’s death could’ve triggered a renewed dependency on drugs like Vertigo (oh God, please don’t bring either Count Vertigo back), Thea’s character arc had grown past that immature behavior. Thanks to Malcolm Merlyn, the Green Arrow has to worry about his baby sister getting magic-choked by Damien Darhk or gut-punched by a Mirakuru thug every night. And if it wasn’t for her training, she never would have nearly died, and she never would have turned into a weird Lazarus Pit vampire. Thanks, Malcolm!