The latest official image to come from the upcoming Arrowverse Elseworlds crossover event gives an official look at Superman and Lois Lane at the Kent Farm. 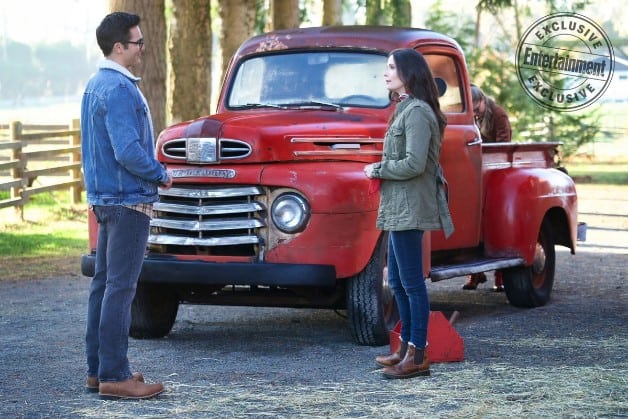 Thanks to leaked set photos, the iconic couple’s visit to the farm was revealed back during the production of the crossover event. The photo which is from the first scene that features Lois Lane (Elizabeth Tulloch) and Clarke Kent (Tyler Hoechlin) with Melissa Benoist’s Supergirl was shot on the same location which served as the Kent Farm for the entire duration of the Superman prequel series Smallville. Speaking with Entertainment Weekly, Benoist spoke about what it was like to be on set filming the scene:

“I felt like we should’ve been eating apple pie and waving American flags. It was such Americana, and there were pickup trucks and Lois Lane had a toolbox and was working on a car. That iconic relationship of Lois and Clark, [Tyler and Elizabeth] have just totally embraced it.”

Plot details remain under wraps but this year’s Arrowverse crossover features Green Arrow, The Flash, and Supergirl visiting Gotham City after learning about the machinations of an Arkham Asylum doctor, leading to the introduction of Batwoman played Ruby Rose.