The Funeral Scene Was More Developed 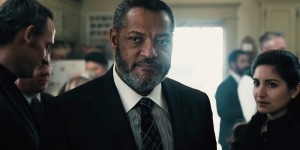 In the aftermath of Clark’s sacrifice, while fighting Doomsday, we are reunited with many people from Man of Steel for a proper sendoff in Kansas. We get to see Perry White (who actually had more of a presence throughout the film) and we also got to see a few other cast members from the first Superman film as they had a nice quiet funeral for Clark. We also got to see Pete Ross (the IHOP manager from Man of Steel who knew that Clark was superman also) for a nice cameo. Towards the end, Martha Kent is trying to figure out how to pay for the funeral, but it’s already been taken care of by an “anonymous donor,” who we all know is Bruce Wayne, furthering his respect for Superman towards the end.