A Beginner’s Guide To ‘Star Trek’

Step One: Start With The Movies

As many people will probably tell you, Star Trek is first and foremost a TV show, but for someone just starting out, it’s maybe not the best place to start. Even though I just spent a few hundred words arguing the merits of the original series, I have to admit that it takes a little bit of mental recalibration for modern audiences to acclimate to the pacing and style of 1960s television. The movies, though, generally have a much more modern feel, particularly (and obviously) the newer J.J. Abrams films. In fact, I’d go so far as to say that Abrams’ first Trek film isn’t a half bad place to start. I know some in the fan community might be inclined to boil me alive for that sentiment, but I stand by it. It’s not the best place to start, but it is a fair one. My advice, though, is to do the following: 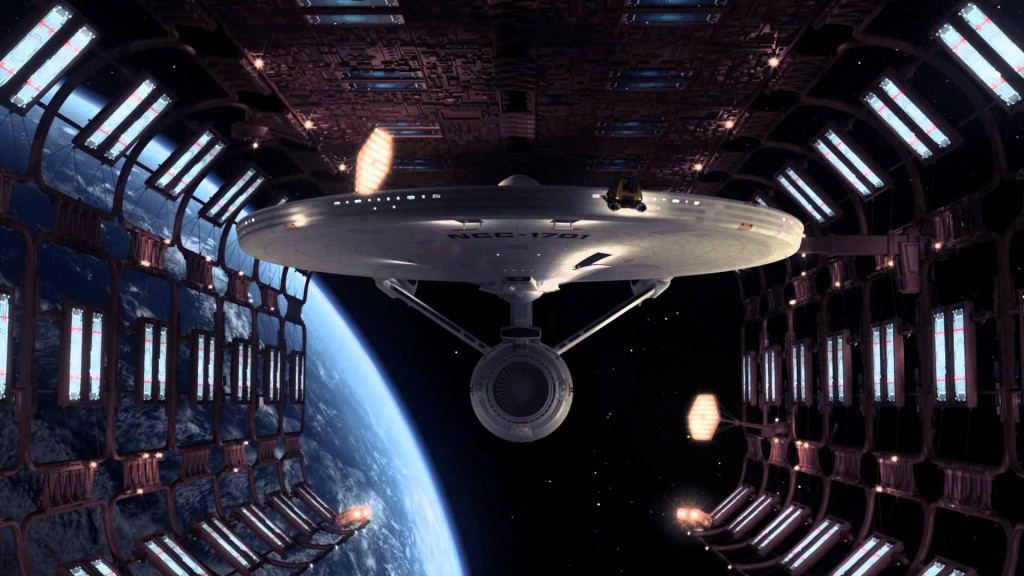 Don’t Start with The Motion Picture

Jumping into the films, it would seem natural to start with the first one. This is a bad idea. Star Trek: The Motion Picture isn’t necessarily a bad movie, and we can argue its merits on another day, but it is an incredibly cold movie. Every negative stereotype associated with Star Trek is reinforced by this film. It’s visually and emotionally frigid, it’s cerebral to the point for being alienating, and it moves at a snail’s pace. This film has earmed the nickname The Motionless Picture and for good reason. Eventually, it’s worth looping back around to this one, but if it’s your first experience with Trek, I doubt you’d be coming back for seconds.

Start with the Star Trek Trilogy

The way the films are numbered doesn’t make this totally obvious, but only three of the films have direct, continuous links, and those films are II, III, and IV. You can pretty much take or leave any of the other films in the series, but these three are essential.

What’s more, Star Trek II: The Wrath of Khan is an absolutely perfect film. It’s also the best possible point of entry for Star Trek. It has everything that defines the original series. It has humor, it has heart, it has incredibly satisfying action, it has big science fiction concepts, and it’s all totally rooted in a love of its characters. The Wrath of Khan is one of those movies I can’t imagine anyone not liking. It’s not only a perfect culmination to years of storytelling, but it’s also a glorious, thrilling self-contained film. Its closest peer in that regard is maybe The Avengers and Wrath of Khan, quite frankly, does it better.

Next up is Star Trek III. There’s a reductive adage that states only the even numbered Trek movies are good, but it’s not totally true. While The Motion Picture is difficult to love and Star Trek V is an unwatchable disaster, The Search for Spock gets lumped in their kind of unfairly. It’s the middle part of the trilogy, and it’s also unquestionably the weakest chapter in that story, but it’s far from a bad movie. In fact, the first hour of the movie is a blast! Spock is trapped on a distant planet, but the Enterprise is in lockdown, so the crew has to commandeer their own ship to go rescue their friend. Unfortunately, the back half of the movie starts to run out of gas, but it’s not enough to sink the film. If anything The Search for Spock is likely the closest the films got ever got to capturing the feel of an original series episode, and though it’s imperfect, there’s a lot to love.

Finally there’s Star Trek IV. This one is just unabashedly joyful. It’s light and fluffy and silly, but it’s also a rousing celebration of these characters, a love letter to the cast of Star Trek. Next to Wrath of Khan, this is the film whose iconography has bled into the mainstream most noticeably and for good reason. It’s one hell of a good time.

Note: All the other original cast films are available to stream free for Amazon Prime subscribers, except, for whatever reason, Star Trek IV. That’s ridiculous, I know, but trust me, this one’s worth a $4 rental. 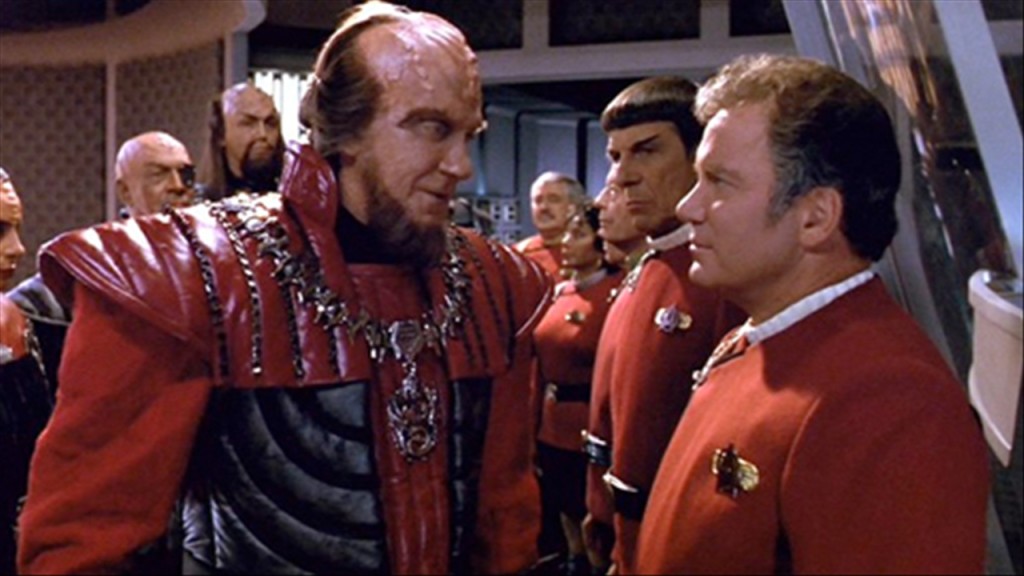 As I mentioned before, Star Trek V is absolute garbage. Almost totally irredeemable. The good news is that it’s a totally isolated story so you’re not missing anything by avoiding it like the plague. So, if you dug the trilogy and want more, it’s best to skip V and go straight to Star Trek VI: The Undiscovered County.

Nicholas Meyer, the director of Wrath of Khan, returns for VI, so there’s a lot of that same flavor. It’s more militaristic and action-driven than III or IV, but in a way that doesn’t betray the humanitarian ideals of Star Trek. The film is parable about the end of the Cold War – two enemies trying to find peace and the struggle and strife that occurs along the way. It’s a murder mystery, a prison break story, and a space adventure all wrapped into one, and it serves as a beautiful send off to the original crew of the Enterprise. This one is maybe not as essential as the trilogy, but it comes highly recommended all the same. 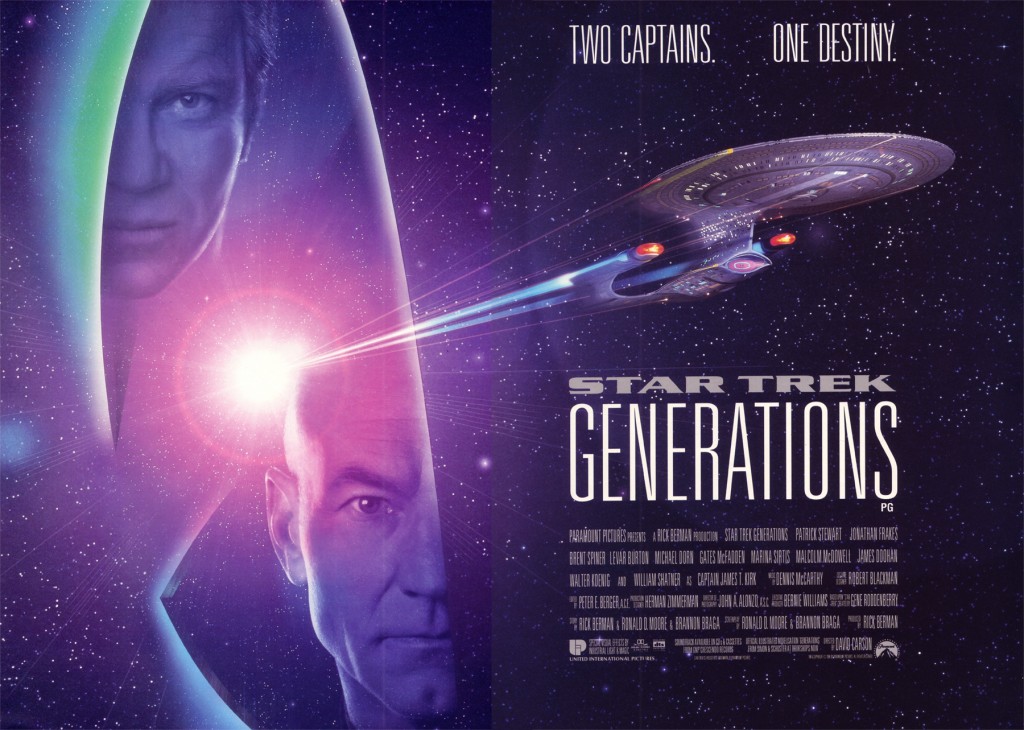 Don’t watch Generations or the other Next Generation movies

Just trust me on this one. Not only are the Next Generation films almost unilaterally terrible, but unlike the original cast films, they’re a much worse point of entry for the TNG iteration of Star Trek than the TV series itself. Sure, Captain Kirk is technically in Generations, but it’s definitively a TNG film, and Kirk’s role in the film just make you frustrated. If you’ve really got the Trek fever, feel free to dive down the TNG rabbit hole, but it’s best to start with the original series. And on that note…