French magazine Studio Cine Live has revealed the cover for their latest issue, which features an alternate look at Gal Gadot as Wonder Woman, alongside Ben Affleck’s Batman and Henry Cavill’s Superman. While the cover looks similar to the one Total Film released back in October, you can clearly see that Wonder Woman is striking a different pose in this one. You can check out the cover below. 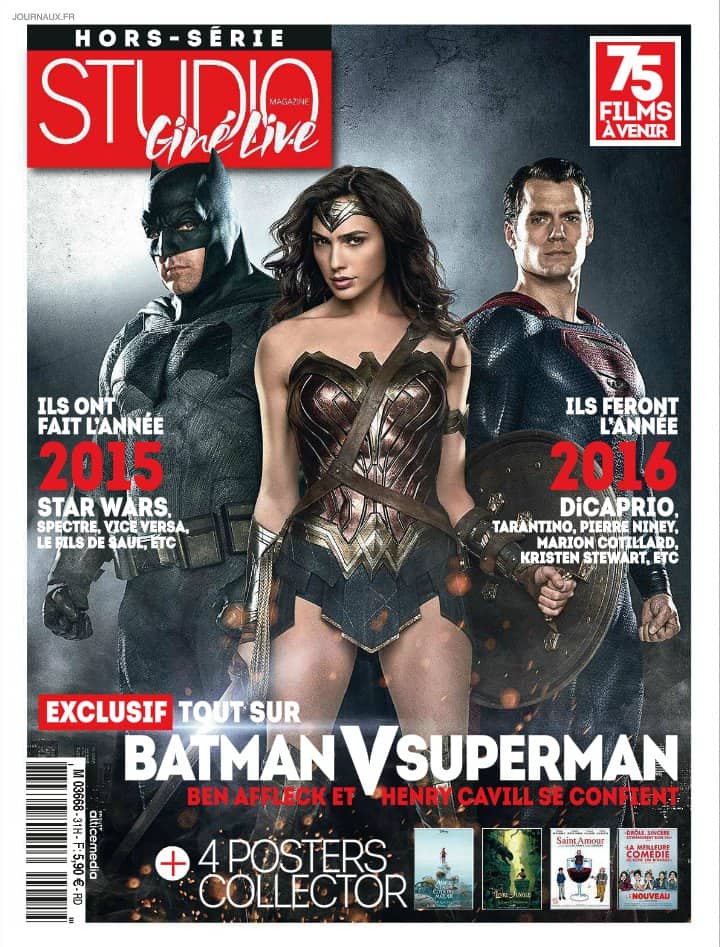 The magazine also contains an interesting interview with Ben Affleck, who goes into detail about his incarnation of the Caped Crusader, who is described as an older and more grizzled Bruce Wayne. Here’s what the actor had to say about that:

Affleck also talked about the first time he got to wear the iconic Batman suit on the set of the movie, as well as how his take on the superhero differs from Christian Bale’s.

What do you guys think? Sound-off your thoughts in the comment section below!