Spider-Man: Homecoming has started production in Atlanta and another batch of photos from the set have surfaced. These new photos provide a look at some of the supporting starts that are rounding out Homecoming. The images show Laurra Harrier, Kenneth Choi, Martin Starr, and Abraham Attah.

Within the pictures a new cast member has been announced, Garcelle Beauvais has joined the cast of Homecoming. 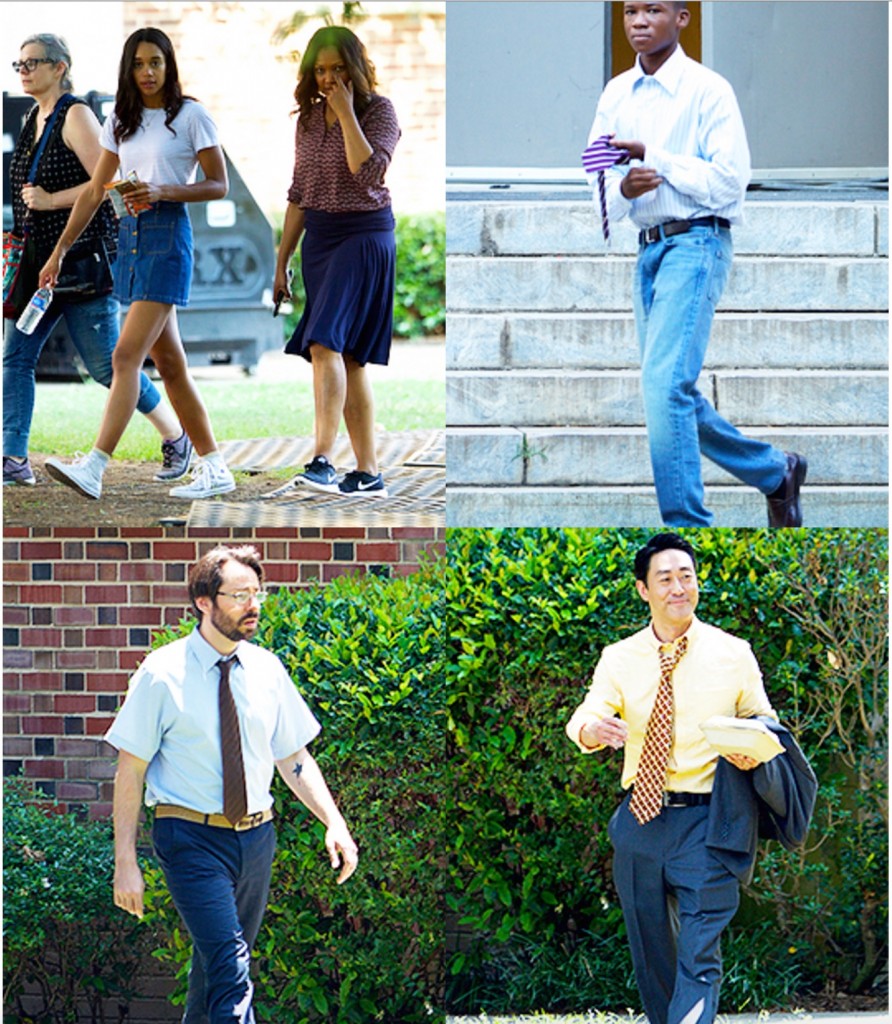 These images provide some insight into their roles will be in the film. It appears that Martin Starr will be playing a teacher, Laurra Harrier and Abraham Attah seem to be within the friend group of Peter Parker and Kenneth Choi will be playing the principal.