It was announced a little over a month ago that Channing Tatum would join the already impressive cast of Kingsman: The Golden Circle and yesterday he was spotted on set in London donning the classic gentleman’s attire, bowler hat, umbrella and all. Starring alongside Tatum will be returning frontman Taron Egerton as Egsy, Mark Strong as Merlin, Sophie Cookson as Roxy, Colin Firth as Harry Hart and newcomers Halle Berry, Julianne Moore, Pedro Pascal and possibly even Elton John.

Thankfully Matthew Vaughn returns to work his magic. He is no stranger to comic book movies, in fact I would go as far as saying he’s a familiar old friend having worked previously on Kick-Ass, X-Men: First Class and of course Kingsman: The Secret Service not to mention producer credits on Fantastic Four (2015) and Kick-Ass 2. He clearly enjoys this world though, since all his previous comic book outings spawned sequels and this is his first time returning to direct.

With the Kingsman cast and crew currently working away on the busy streets of London, you can assume there will be more images to come. 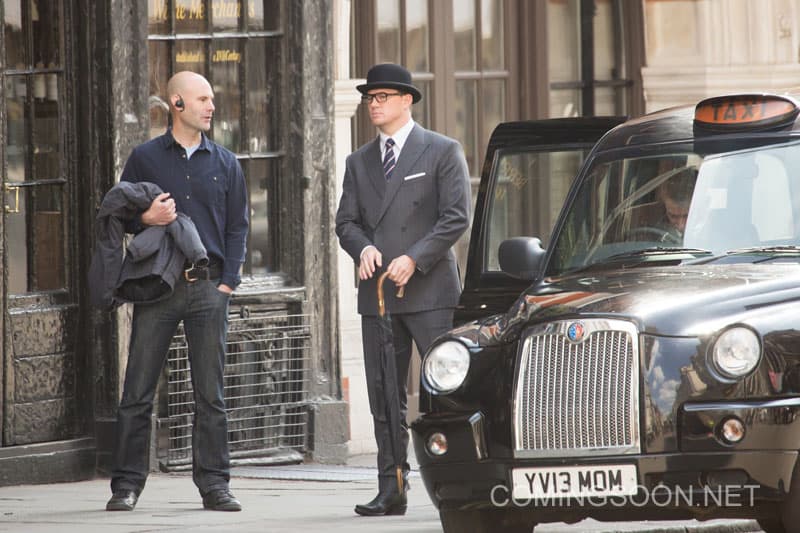 It’s nice to see Tatum following the Oxfords, not Brogues rule. You can see Kingsman: The Golden Circle when it hits theatres June 16th 2017.