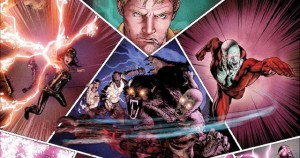 No Stranger To Ensemble Casts

Does anyone remember the 1999 film Go? It was essentially a 90’s pop culture angst film using the Pulp Fiction formula. Having recently re-watched the film for the first time in many years, while it feels a bit trapped in the 90’s bubble you can’t deny how well the ensemble cast was juggled.

Though none of the characters have yet to be officially announced, Dark Universe will no doubt be an ensemble film. Liman is really good at bringing energy to actor’s performances and even though his last real ensemble film is nearing eighteen years old I have no doubt from his later works that he will bring great things to the table now.