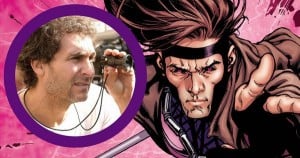 Has A Comic-Book-Film Itch To Scratch

It’s quite a shame that Gambit is enduring such development hell, who knows if/when we will ever see that film. Having Doug Liman attached to that project seemed like a great fit and it started to look like the ball was finally going to start rolling for Gambit. That unfortunately is not the case and I’m not going to say I know everything that happened behind the curtain, but I find it fascinating that when the announcement of Doug’s resignation for directing Gambit didn’t stop there, the story continued by revealing his new gig with Dark Universe.

Either the stars aligned twice and he happened to get offered another comic book film or maybe he was hunting for another one. Being immersed in the comic book world and not getting your shot to make one of those films I’m sure can be frustrating.

The fact that he didn’t completely leave the genre out of stress or second guessing gives me confidence that he’s in it to win it. If you look at his filmography he has a pretty solid track record and I doubt Dark Universe will be the one that really disappoints.