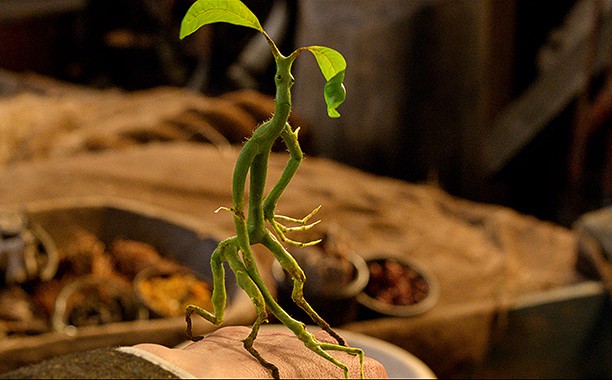 Bowtruckles are hard to spot in a natural environment. “The Bowtruckle eats only insects, and is a sweet and intensely shy creature, but extremely loyal, and it can be very handy to have around when there are locks to pick.” EW learned that Newt Scamander is said to have at least four of these little fellows. Eddie Redmayne expressed his fondness for one of them in particular named Pickett, a Bowtruckle with attachment issues that Newt allows to sit on his top pocket. 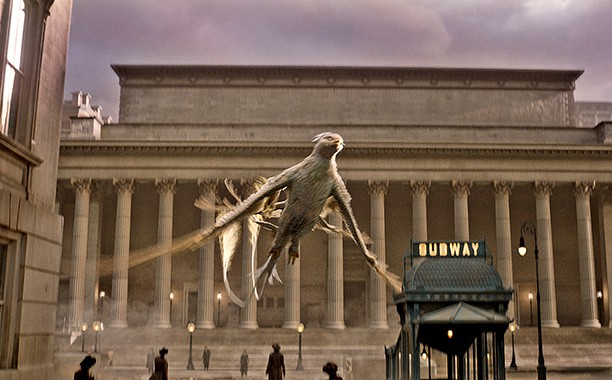 The Thunderbird creature is one of the four Ilvermony’s School of Witchcraft and Wizardry’s house sigils. The creature is native to the climate of Arizona and its head resembles that of a Hippogriff. The creature’s wings are powerful enough to create storms and they shimmer with cloud and sun-like patterns. Thunderbirds are very perceptive and can sense danger. Newt rescued a Thunderbird he named Frank from traffickers in Egypt, promising to return him to his natural habitat in Arizona.