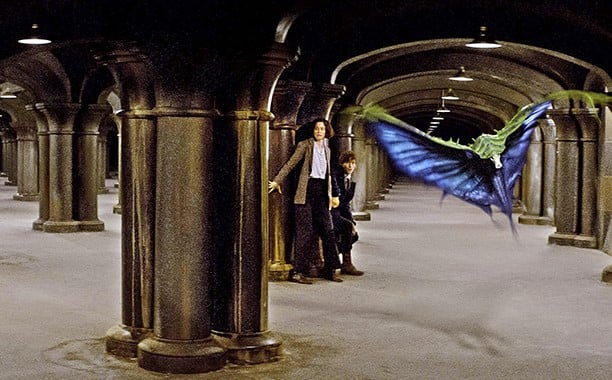 Don’t let the name fool you as there is no better name to call this mix between reptile and butterfly. The Swooping Evil resembles a spiky cocoon in its resting form and it can extend its strangely beautiful wings to take flight. This strangely majestic creature can be incredibly dangerous, as its capable of sucking out brains and if properly prepared, its venom can be used to erase bad memories. Obliviate anyone? 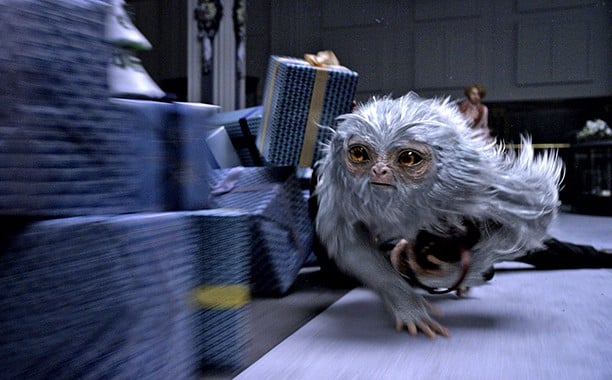 This has to be my favorite creature by far, the Demiguise is a primate-like creature that resembles a silver-haired orangutan with large dark eyes. Its silvery hair can be spun into invisibility cloaks making its pelt highly valuable. Not only does it have the ability to turn itself invisible at will, but it also possesses precognitive abilities making it incredibly difficult to catch. The only way to catch a Demiguise is by doing something completely unpredictable.  They are mostly peaceful creatures but will give a nasty nip if provoked or if it feels threatened.