Last year we reported that Natalia Cordova-Buckley woud be joining the cast of Marvel’s Agents Of S.H.I.E.L.D as Elena “Yo Yo” Rodriguez . This character is better known in the comics as Slingshot, who was introduced in Jonathon Hickman’s Secret Warriors. Well, this casting has now been confirmed and we have our first look at the actress in the series as well as a character description.

The character, who is being described “a street-wise Colombian woman who will be based on the Jonathan Hickman comic creation”, is a speedster that takes off at super speed and bounces back to the location where she started from.  While there’s no word  if she’ll have the exact same power set, couldn’t see Marvel changing this one up too much. The Secret Warriors are coming. Are you ready? 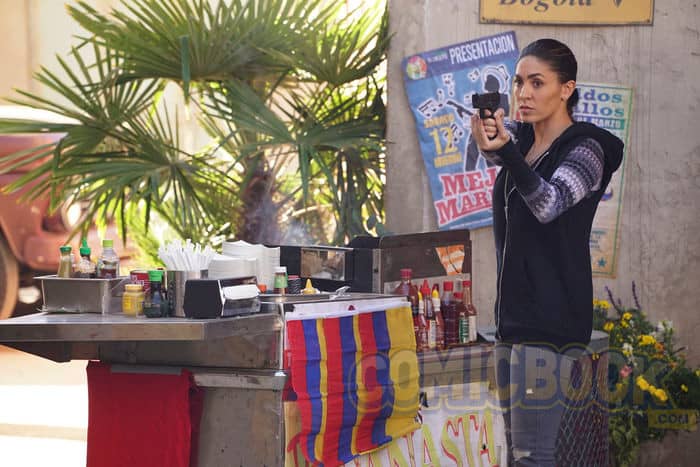