Bourne is back! Frank Marshall, producer of the upcoming Bourne film, took to Twitter to tell fans that the first day of principal photography had been completed. He also gave us our first look at Matt Damon reclaiming the Bourne franchise, after sitting out of the franchise’s fourth installment, the Jeremy Renner led Bourne Legacy. Check out Marshall’s tweet and the photo below!

First day of principal photography complete and happy to report, BOURNE is back! #Bourne2016 pic.twitter.com/ncIILnGKWr 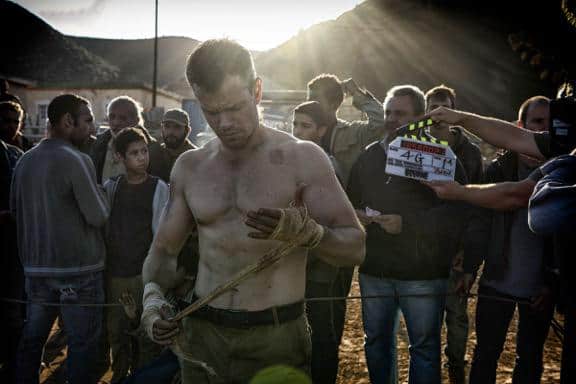 While this doesn’t necessarily offer any new information about the film, it is nice to see Matt Damon once again playing Jason Bourne. With the return of not only Damon but also director Paul Greengrass, many think this will be a return to form for the beloved Bourne franchise.

What do you think? Are you excited to see Matt Damon as Jason Bourne again? Drop a comment below to let us know!