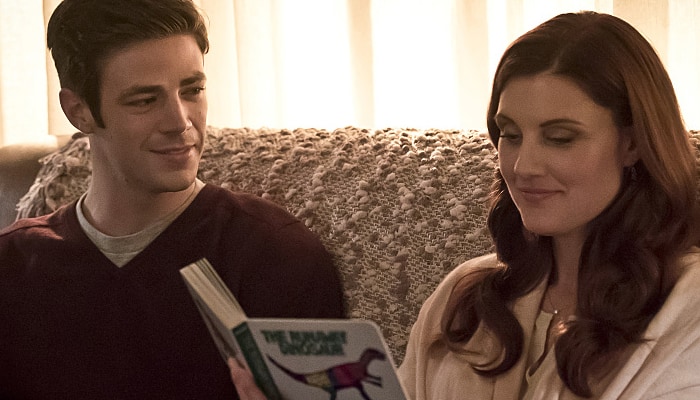 From the opening moments in the episode and the slow pan to the book, it was made very clear that fans were going to see something that would break their hearts. Nearing the end of his walkabout within the Speed Force, Barry finally encounters a projection of his mother. At first our hero is combative towards her, but quickly he becomes a little boy again when he feels the love and affection that the Speed Force version of his mother provides. The two sit down and as she begins to read Barry his favorite childhood book, she is beautifully interrupted when Barry begins to recite the book from memory while giving her one of the most heartfelt, loving, and affectionate looks that this character has ever produced. Its hard not to cry watching our hero have a touching moment with the person he has wished for his entire life to have one with.