You did what to my favorite character??? 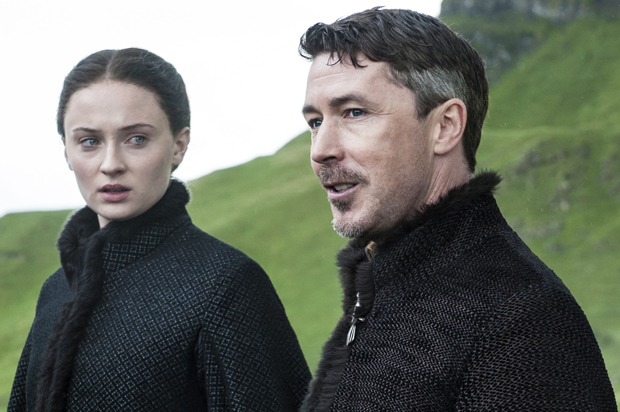 The downside of altering Martin’s narrative so much is that some changes come across as cheap, rendering several lingering threads pointless in the effort to wrap up the show in an arbitrary allotted amount of time. Most famously, the writers needed Sansa to have an active role in the story earlier so they replaced a relatively minor character with her as Ramsay’s bride. This had the effect of (at least appearing) to reverse her evolution into “Darth Sansa” and rob her of her agency by attaching her to a guy worse than Joffrey, culminating the controversial scene where Ramsay rapes her on their wedding night. Fans thought of it as repetitive and exploitative.

While I would argue it was ultimately a justified and well-done storyline, her betrothal to Ramsay can absolutely be seen as character derailment, partly because it comes out of nowhere, with no set up from the showrunners. Far from it, they teased Darth Sansa the previous season . . . and then had her sit on the sidelines getting abused by yet another psychopath in Season 5.

No character who suffered in more last season than Stannis Baratheon. A fan-favorite for his unyielding leadership and contradictory rigidity, the showrunners made no secret they didn’t like the character’s personality. The idea of sacrificing Shireen to enact some sort of magic to halt winter comes straight from Martin, who imparted it to Benioff & Weiss back in 2013 (along with numerous other plot points like the meaning of Hodor) when it became clear the show’s pace would surpass his writing pace.

In the books not only is Stannis alive, but Shireen is far away at the Wall while her father marches on Winterfell and until Martin gets around to telling his definitive version, we won’t know if his story arc is meant to end in disgrace and defeat, as in the show. That said, the sheer trauma conga line the character undergoes in the final episodes of Season 5 smack of outright cosmic dump on his character, a case further evidenced by their decision to excise him and his good deeds entirely from the Northern Rebellion plot of which he’s entangled in the novels.

This a prime example of the writers seeing Martin’s creations differently than he does. Now that the Battle of the Bastards is over, it’s clear the showrunners shortcircuited Stannis’ story to tell essentially the same story of a Northern rebellion, only this time with Jon and Sansa leading it.

Part of the problem is that the writers’ plan is constantly in flux. For example, they never actually knew they’d make it to Dorne until Bryan Cogman thought up the idea of sending Jaime and Bronn on a mission there as audience surrogates. It’s not a bad idea but the execution was awful on every level, from Ellaria’s sudden turn into a raging psychopath, to the Sand Snakes acting out every cliche possible to utter lack of narrative impact. Not only does the plot turn into a massive shaggydog story when Myrcella dies, but the showrunners, clearly looking to cut bait, somehow made it even more nonsensical by having one half of the Dornish cast murder the other with minimal explanation in the season 6 premiere. So in order to get revenge on the Lannisters for killing Oberyn and his family, Ellaria and the Sand Snakes have murdered Oberyn’s family. Insane troll logic doesn’t even begin to apply.

The trainwreck in Dorne ensnared another character in its negative vortex: Jaime, whose arc doesn’t seem to be going anywhere anymore. Perhaps because we’re missing the internal monologue or perhaps because of the massive rearranging of Jaime’s arc but his Dorne mission was a bust in and out of universe. His reaffirmed dedication to Cersei runs counter to his arc in the books, where he moves further and further away until he finally severs their relationship when she begs for his help in her trial against the Faith.