The Flash star Grant Gustin has had many costume changes since the beginning of the DC TV series. There had been few big departures in the design of the suit until last season when Grant Gustin finally received his Flash ring. The update removers the fan-favorite chinstrap cowl and fans didn’t really take to the new look.

Now, TV Line has released a cool new image from The Flash season six, revealing Grant Gustin’s new superhero suit. The new photo gives fans a good look at Grant Gustin in his season six costume and it even features the return of the classic chinstrap cowl with some other new accents.

Scroll down below to check out the new The Flash costume for season six of the Grant Gustin series below. 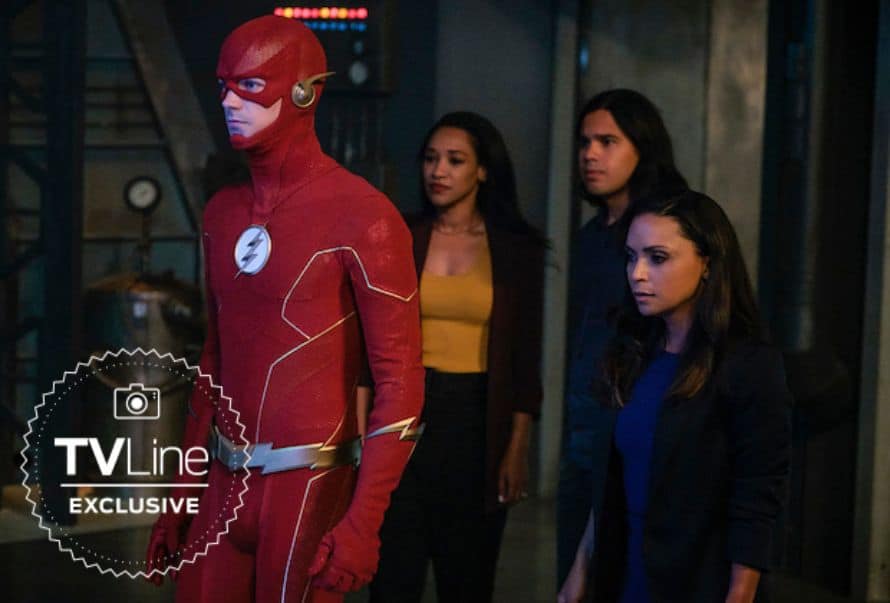 What do you think of Grant Gustin getting the chinstrap cowl back? Is exciting that you’ll get to see it in action? Drop down to the comments section below and let us know how you feel!

Full details on the sixth season of Grant Gustin’s The Flash are currently under wraps, but Heroes alum Sendhil Ramamurthy has joined the cast as DC Comics villain Bloodwork. In the comics, Bloodwork is a Central City morgue employee and hemophiliac who developed the ability to transform his flesh into blood-like physiology after experimenting with blood properties. The new season has also been teased to include an antagonist who will be the most personal villain Grant Gustin’s The Flash has faced since Eobard Thawne.

The sixth season of Grant Gustin’s The Flash will also lead into The CW’s adaptation of the game-changing DC Comics storyline Crisis on Infinite Earths and the back-half of the season will deal with the fallout from the five-part crossover event. With Arrow coming to an end this fall after concluding its eight-episode final season, The Flash will also become The CW’s main DC Comics drama and Grant Gustin’s Barry Allen will seemingly lead the other Arrowverse superheroes forward.

The Flash season six premieres on October 8, 2019. Stay tuned for the latest news on the Grant Gustin series!