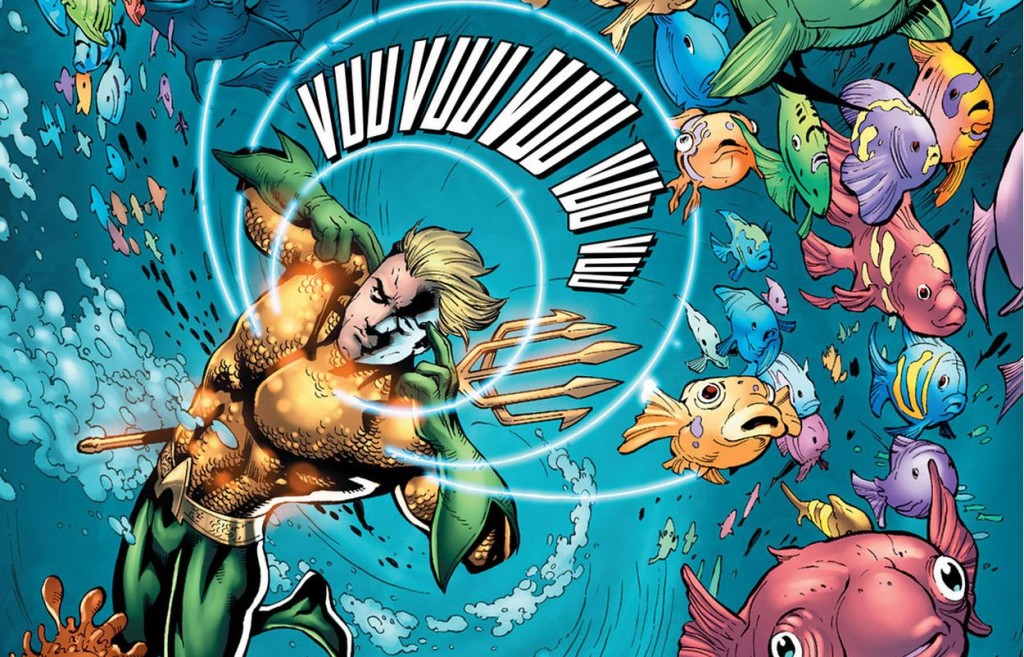 We have of course been introduced to Momoa’s Aquaman before in Batman v Superman: Dawn of Justice, where he had a small cameo in a computer file video. Now let’s be honest, for most of that short clip Aquaman just looks like Jason Momoa holding his breath underwater. This is something that needs to be sorted out by 2017’s Justice League, let alone Wan’s standalone which comes out the year after. However, the even bigger issue is then going to be how do Wan (and presumably Snyder) convey talking underwater. Wan jokingly said that perhaps they could use actual ‘speech bubbles’ like in the comic books, which would make for ‘a cool visual’. But don’t worry, he did also give a much more serious answer.

Here’s the thing I always say, if you have water in your lungs, like these characters do, there’s no air bubble. So I don’t know… I just think in my movie, I want to kind of create… I love the idea of underwater speaking but with a real sort of sonic, aquatic quality to it. So there’s this sort of aquatic, almost sonar/whale thing. Even though it’s in a human language, there’s this slight sort of underlay to it, this ping to it, which I think would be interesting for us to design from a sound design perspective. Yeah, it will be fun. Also, Zack has some ideas that he’ll be doing in Justice League.

It also seems like Wan will be using Justice League as a testing ground for what does and doesn’t work in underwater sequences.

Listen, I’ll be honest, in some ways, JL will be an experiment for me to see what works and what may not work as well. And then kind of go, okay… Here’s the great thing, with all these superhero movies, you watch from one movie to another, and they always sort of slightly change things along the way. You kind of have to do that to make what’s best for your film.