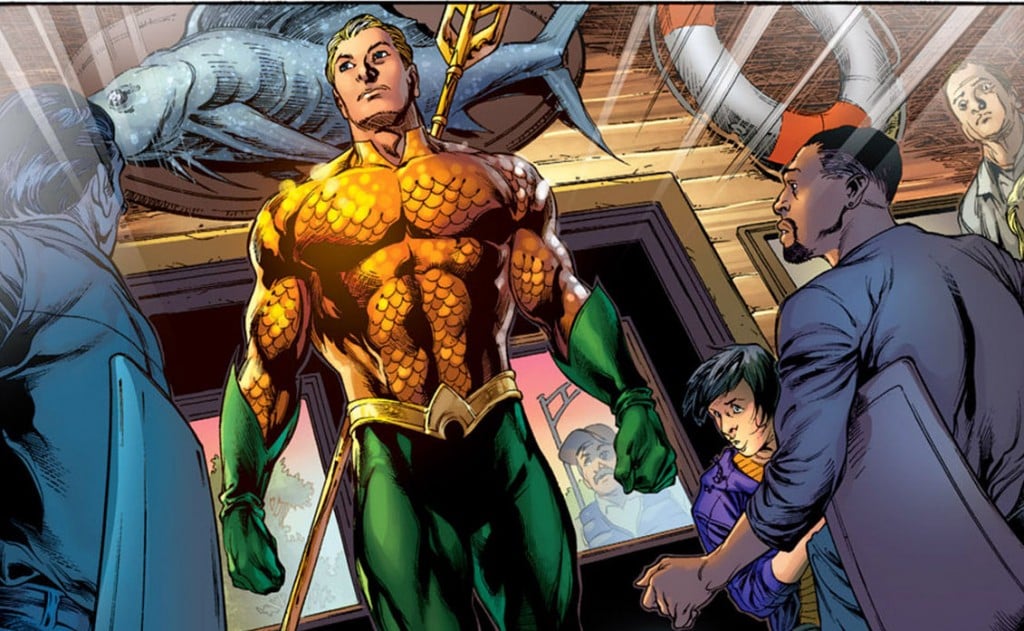 Zach Snyder didn’t stay quiet about his inspiration for Batman v Superman (Frank Miller’s The Dark Knight Returns if you were wondering), and David Ayer even posted a photo of him writing the script for Suicide Squad next to a volume of the New 52 run. When asked whether Wan has any influences while putting Aquaman together, he had this to say.

Listen, I’ll be honest, I really love what Geoff Johns did with it. I really think he took this character that had become the joke of the superhero world and made him frickin’ cool again. And I really admire it and that is my leaping off point.

Being a huge fan of Johns’ New 52 run of Aquaman, I for one am certainly not disappointed to here this particular piece of news. And considering Johns is now DC’s very own version of Kevin Feige, its possible for him to be a very big creative influence on the movie (which is a good thing).