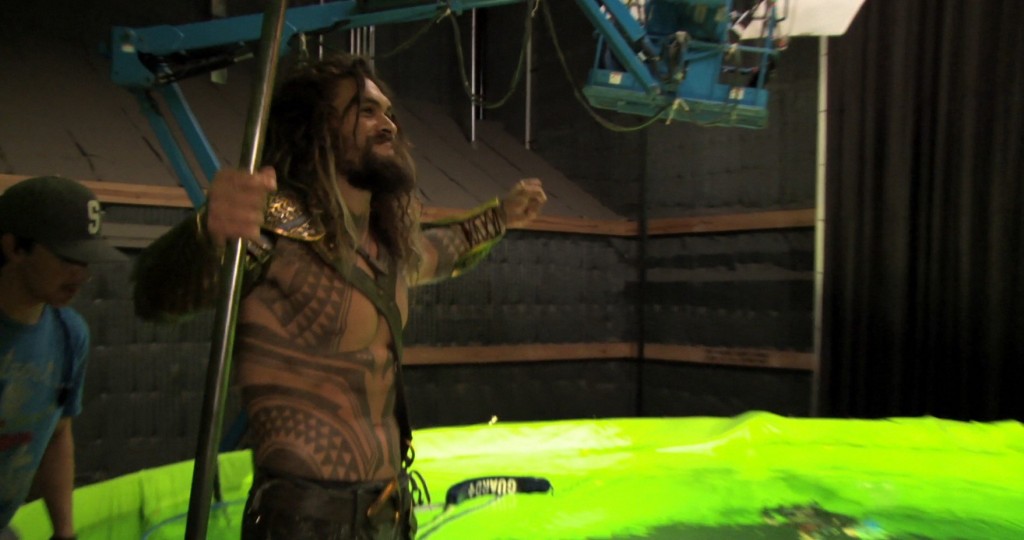 When asked on what it was like working with Jason Momoa to bring the titular hero to life, Wan had this to say.

I actually think it’s a brilliant move on Zack and co. to cast someone like Jason. Immediately, the whole joke aspect of Aquaman goes out the window. You have such a muscular, superhero-y character and one that is almost, to me, in some ways… I look at him, he’s kind of the Wolverine in some respect. He’s the outsider who gets pulled into this world and he kind of doesn’t want to belong and he was doing his own thing. And he prided freedom above everything else. That kind of plays nicely into who his character is. He’s like a reluctant superhero, right? He’s the reluctant king, basically, or would-be king.

So Aquaman is DC’s very own Wolverine? I’m game for that. Unfortunately, there was one piece of information Wan is unable to share with us about his upcoming instalment into the DCEU. Yesterday it was reported that Black Manta will be the movie’s villain, but when pressed about this all Wan had to say was:

Dude, you know I can’t tell you that! [Laughs] Come on! As much as I want to share this with you, I can’t do that this early on.

So, it looks like we’re not close to hearing any casting announcements for the movie’s villain.

What do you think of Wan’s comments about working within a cinematic universe? Do you like the idea about Aquaman being the Wolverine of the DCEU? Are you excited for the film? Discuss in the comments section below.

Aquaman is scheduled for release on July 27th 2018, and you can next see Momoa as Aquaman in 2017’s Justice League.