We’re only a few short weeks away from the season premiere of Marvel’s Agents Of S.H.I.E.L.D. and TVLine has debuted a new image from the upcoming season as well as somenew information about the season as well as the upcoming spin-off series Marvel’s Most Wanted. Will the team once again be divided? Check out the new image below which seemingly sees Mack and Spark Plug face off. 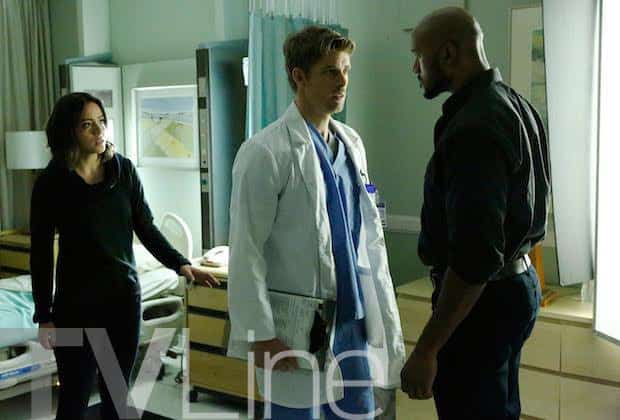 It appears that Coulson and company will have their hands full as they will be dealing with no less than four threats this fall which include a growing number of Inhumans, the Kree Monolith, a mysterious government agency and Ward’s HYDRA. Executive producer Jeff Bell stated:

Bell also went on to comment on the upcoming spin-off Marvel’s Most Wanted stating that the series will lay the groundwork for it but not to worry because that would be “down the road.”