If you have not watched tonight’s episode, the seventh episode of CBS’ Supergirl titled “Human For a Day”, then please don’t continue reading this as this article features a major spoiler from the new episode. You have officially been warned.

During episode 7 of Supergirl, the big mystery about Hank Henshaw (David Harewood) was finally revealed after several episodes of speculation.

Throughout “Human For a Day”, Hank reveals himself as the famous DC Comics character J’onn J’onzz a.k.a. Martian Manhunter as the real Hank died along with Alex Danvers’ (Chyler Leigh) father Jerimiah Danvers (Dean Cain) several years ago. 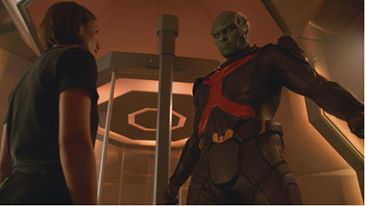