Skip to content
by Nathaniel Brail on September 30, 2016
Previous1 of 17Next 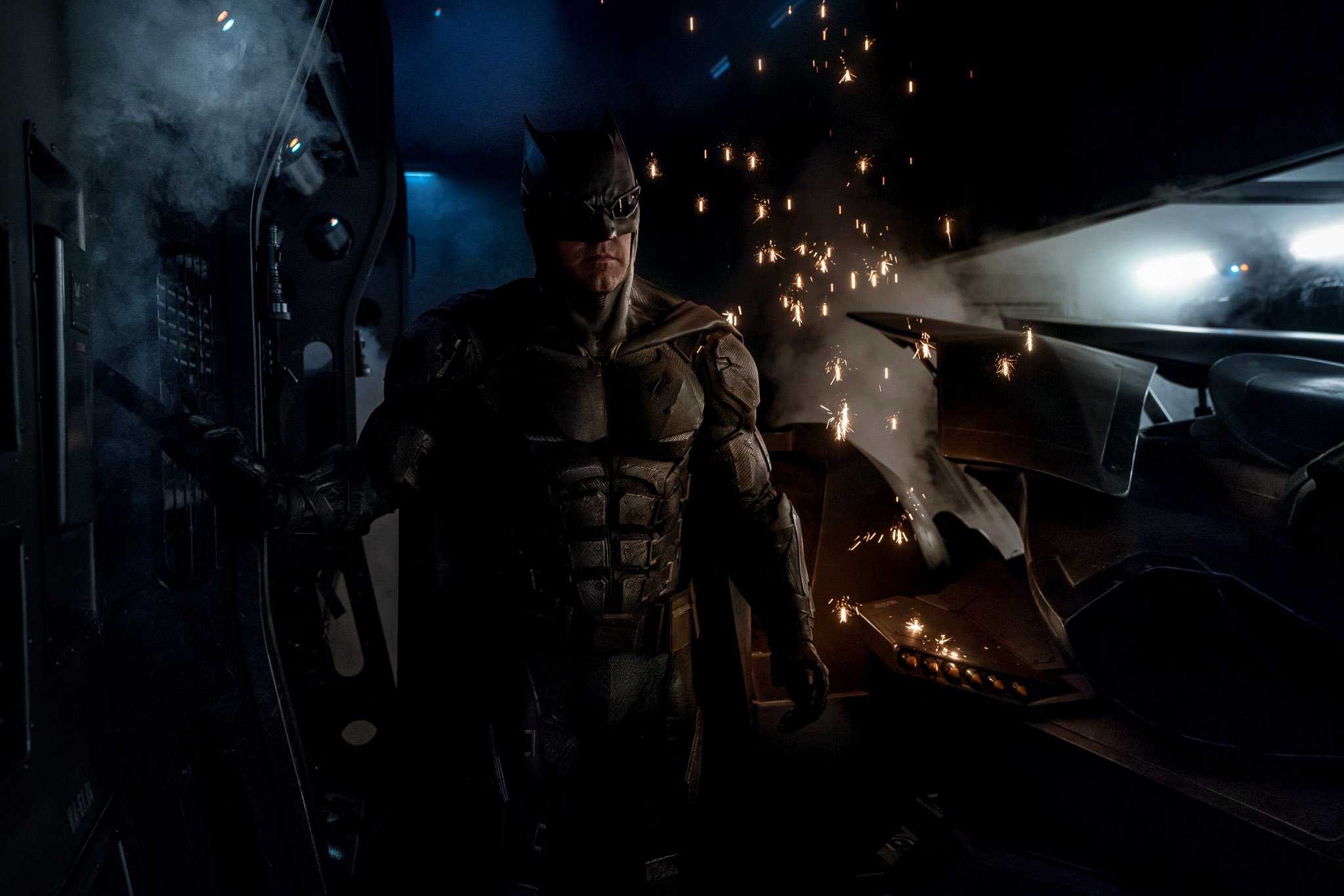 It's no secret that Ben Affleck's Batman film is the most anticipated film on the DC Films roster. Affleck, an Academy Award winner, will write direct produce and star. With the film expected to hit theaters a year and a half from now, here are a few things I think should be in the Caped Crusader's next adventure. Hit next to check em out! 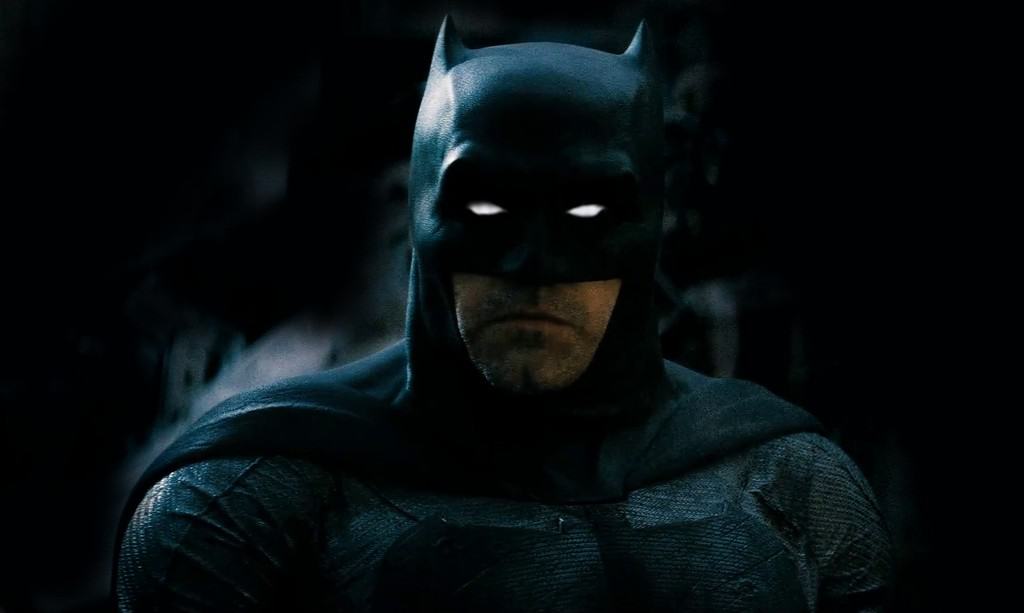 If Deadpool and Spider-Man can have their classic white eyes, then why can't Batman? Batman has had white eyes in every comic adaptation... except Film. It's time that movies include this signature Batman trait. I feel like the Ben Affleck directed batman film is the perfect time to add the white eyes to the Batsuit. 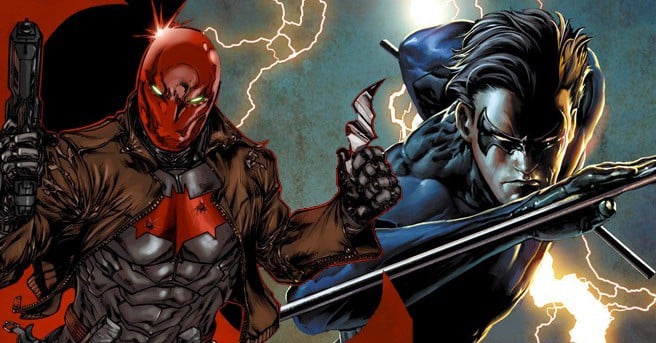 Batman has always had a Robin. The first one being Dick Grayson. Grayson has appeared in the Schumacher Batman films as Robin (played by Chris O'Donnell), but I think it's time to introduce the general public to Nightwing. The second, unfortunate Robin, Jason Todd needs to somehow get revived and reek havoc on Batman's life. He was killed by Joker and Harley Quinn in the DC Extended Universe and Batman keeps his costume on display as a memorial as shown in Batman v. Superman: Dawn of Justice. Grayson could make a great edition as a supporting cast member in the solo Batman film. 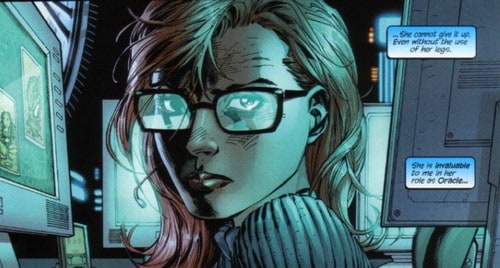 Barbara Gordon is another one of Batman's team members that should pop up in the solo film and the DC Extended Universe as a whole. I don't think she should be Batgirl, rather she should be Oracle in this incarnation. Oracle is a big help in the comics. She's a computer mastermind and could possibly help Batman with his Deathstroke issue. This could be the perfect introduction to the character and DC Films, as they could possibly include her in the rumored Harley Quinn film. 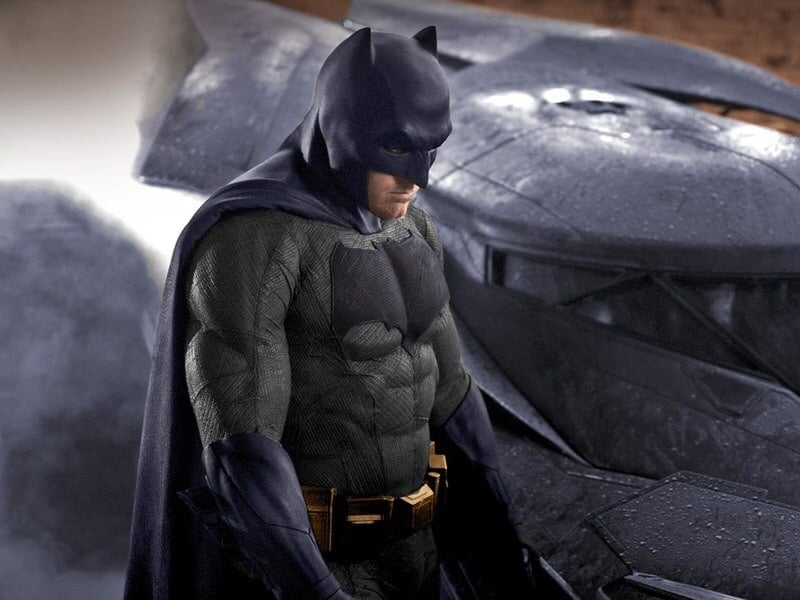 I was apprehensive of Affleck's casting in Batman v Superman and the thing that sold me was his "ripped out of the comics" Batsuit. While I'm not a fan of the Justice League cowl, I like how his suit is evolving throughout each film. I think that the next evolution in the solo Batman film should be a dark blue cowl, grey suit and white eyes, for variety's sake, since we haven't seen that in the previous Batman interpretations. 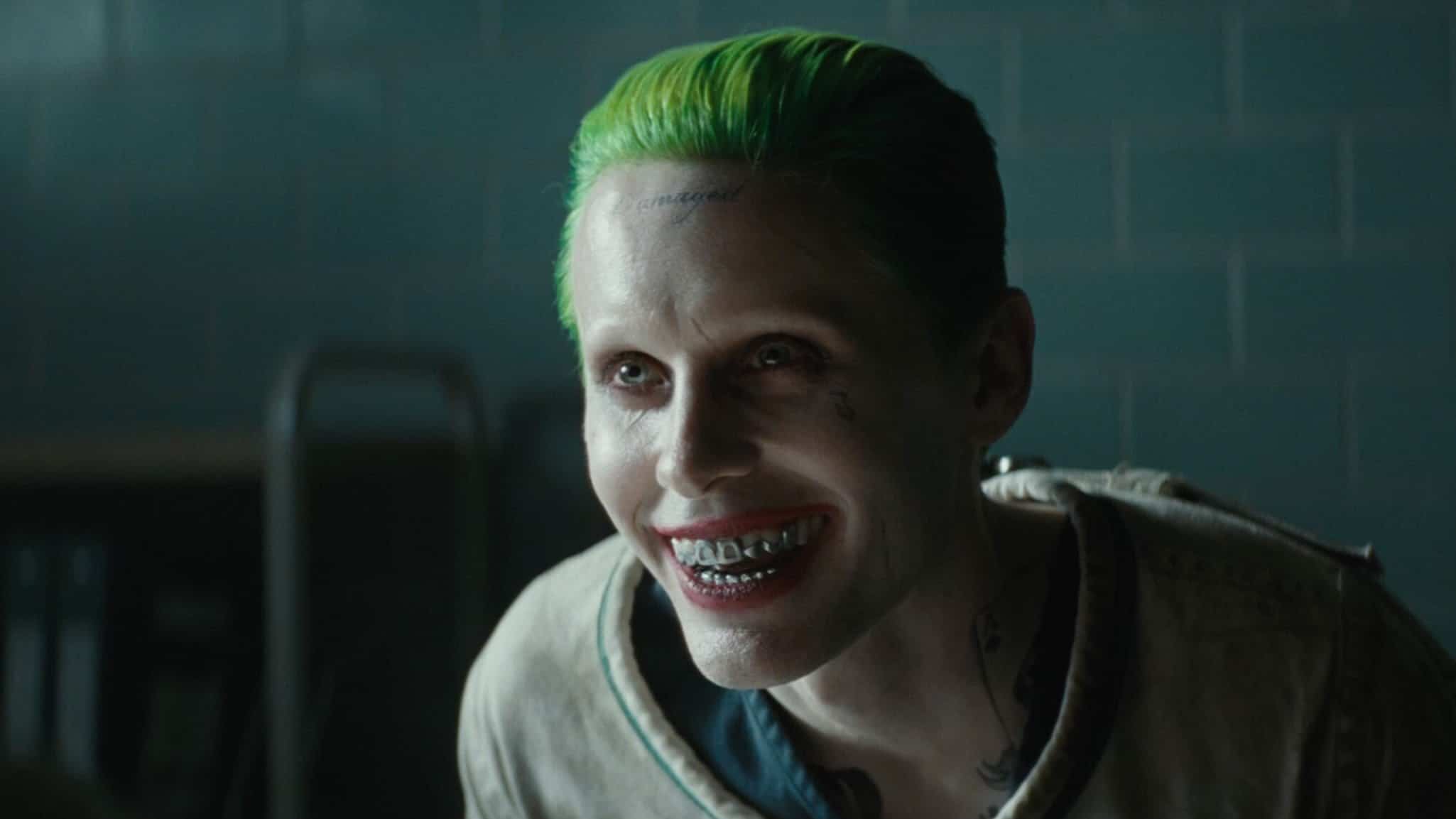 We haven't had the Joker and Batman face to face on screen together since 2008 with Heath Ledger and Christian Bale in The Dark Knight. Even it's for 2 minutes, it needs to happen at some point in the film. It could be a small scene in Arkham Asylum where he's interrogating him. Joker was a free man when we last saw him in Suicide Squad, but that could change in an instant. Especially since this will take place a few years after the events of Suicide Squad. 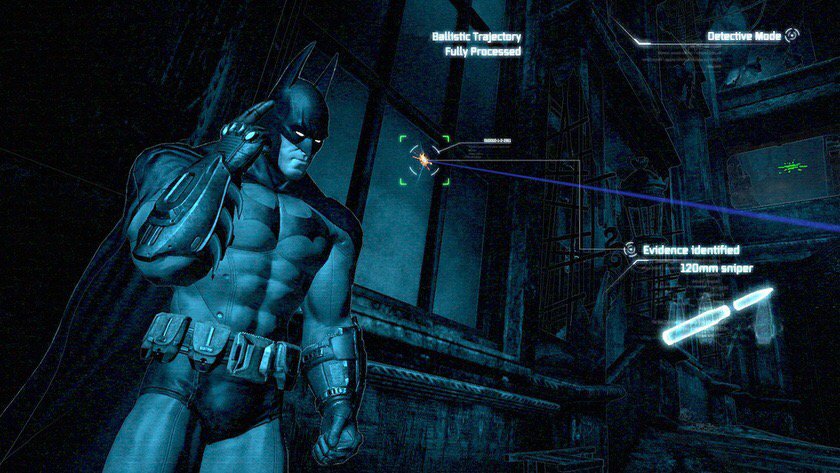 In every Batman film there has been little to no detective work, which is a huge aspect of this character in the comics. The matter of fact is that Batman is the worlds greatest detective and that element of his character will always need to be there, whether it's in film, TV or other media, as he gives Sherlock Holmes a run for his money. Affleck has to incorporate his detective skills into the film to shine a new light on to Batman. Most general public fans probably don't know that Batman is an expert detective and that's something they need to see. 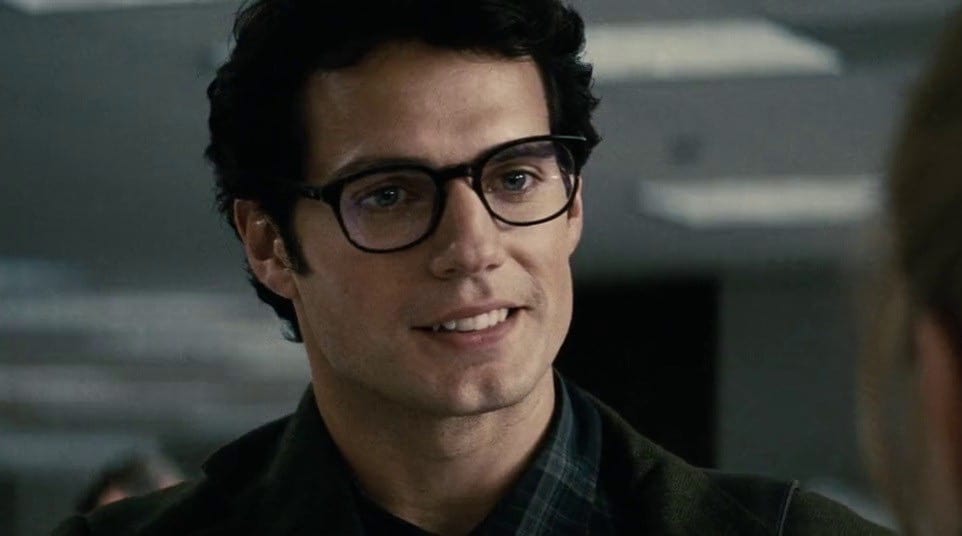 Batman kinda took over his sequel, so it's only right that Superman shows up in the solo Batman film, right? It could be a cool scene in the beginning of the film with Clark and Bruce out for dinner or lunch. Bruce could tell Clark about his assassin problem and Clark could help Bruce stay on the right path. This would develop their friendship a bit more, even with no Martha's in danger. 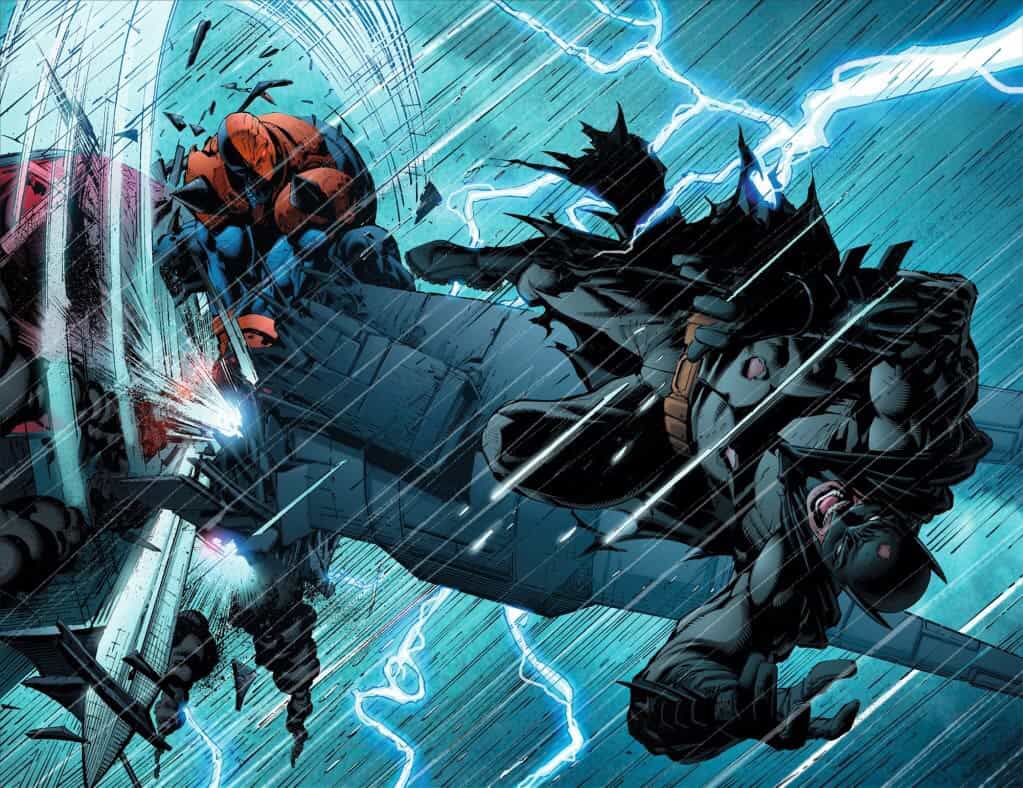 This might sound shocking to some of you out there, but this is absolutely necessary. Batman cannot beat Deathstroke in the first fight, there's no way around it. Deathstroke is just as prepared as Batman and they are both equal in training. Deathstroke should wreck Batman in their first battle as this would leave Bruce in training or preparing to defeat him in their second round. 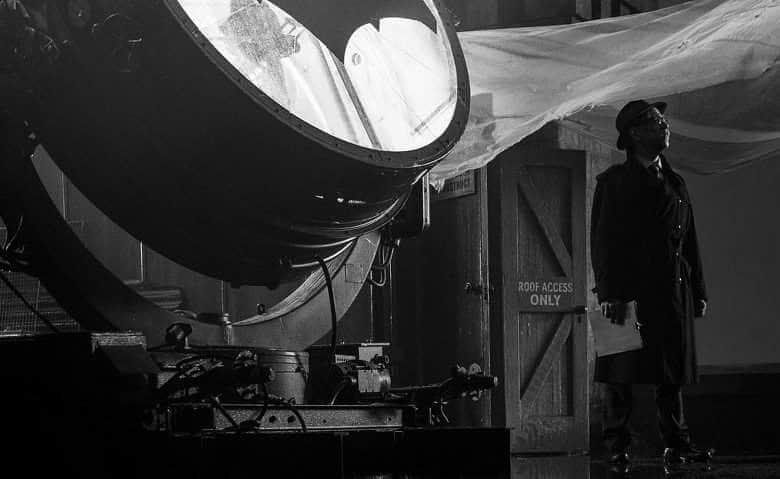 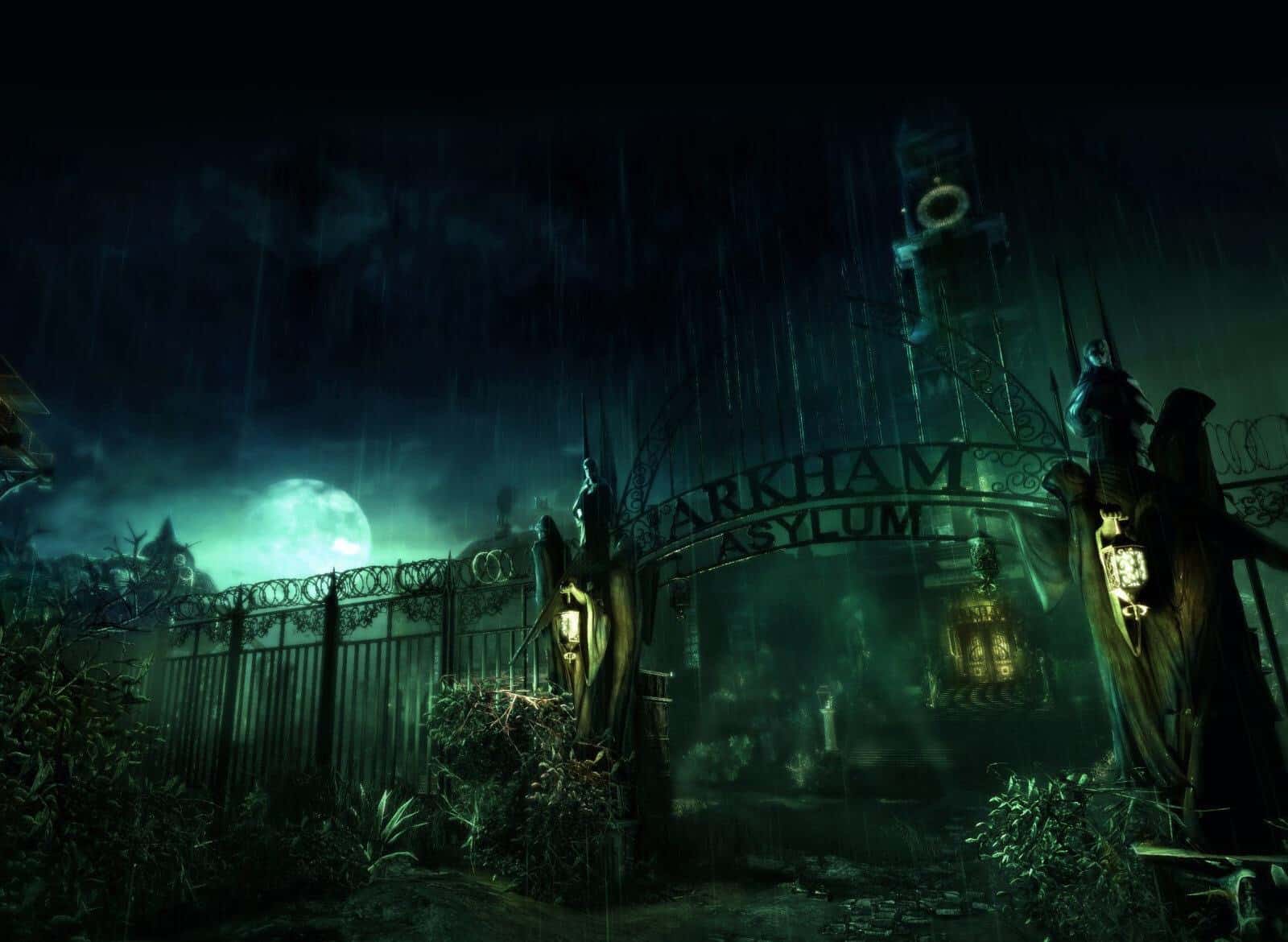 There should be a scene where Batman enters Arkham and sees all of his rogues locked up. Penguin, Riddler, Two Face, Mad Hatter and The Joker could all make an appearance. This has been heavily rumored to happen for months and it has a good chance of happening. It would give the audience, both comic book fans and regular movie-goers the chance to take in big parts of the Batman mythology through just a few seconds or minutes. 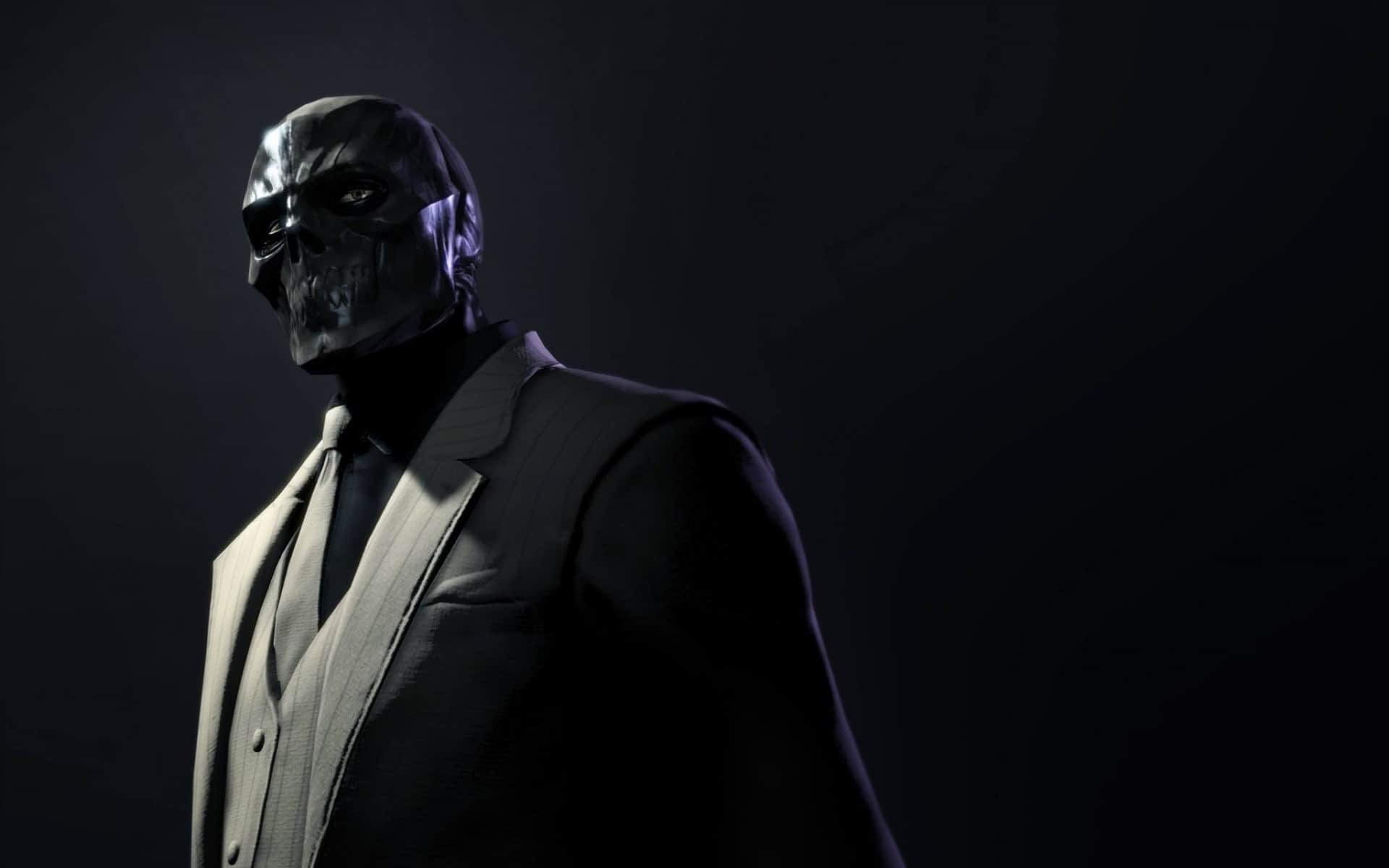 Someone To Hire Deathstroke

Deathstroke is a paid assassin. Someone will definitely hire him to take out Batman. It could be Joker, Black Mask, Lex Luthor, Penguin, Ra's Al Ghul. Who knows? I'm betting on Luthor after Zack Snyder dropped that image of the storyboard. The person conversing with Slade is bald and is most likely Lex. After the events of Batman v Superman, Lex clearly has a grudge against Batman and this could be his way of taking him out. 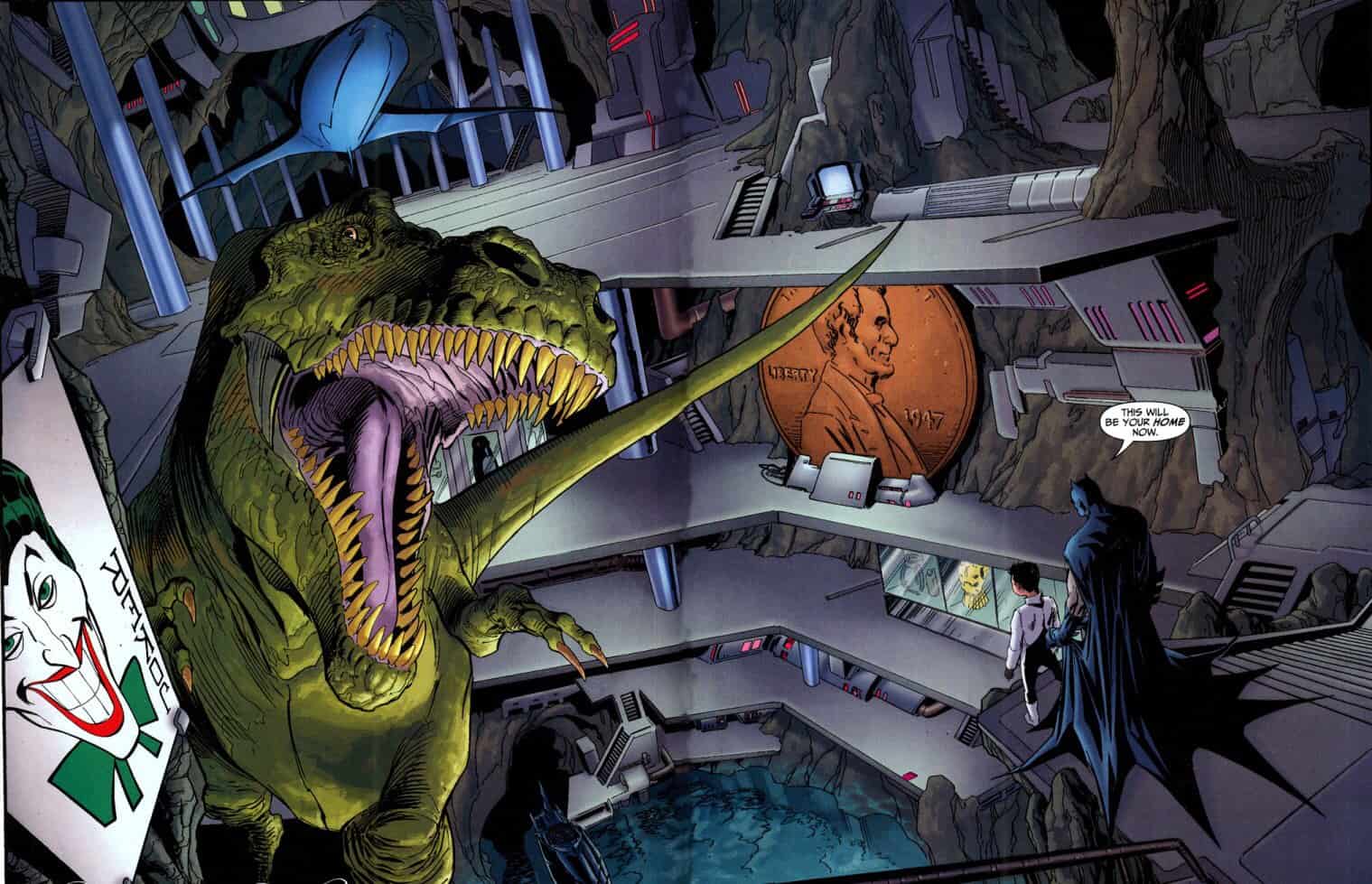 Trophies In The Batcave

Batman's Batcave is usually filled with memorabilia or trophies from the villains he's defeated. We could see the giant penny, Joker card, T- Rex and possibly cases with Bat & Robin suits. Fun Easter Eggs like that are always appreciated, so Affleck should definitely go for some nods. 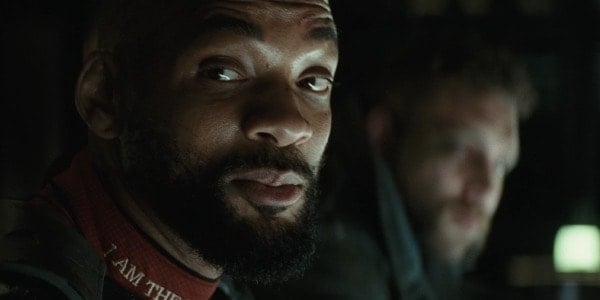 The person who hired Deathstroke may look to better their chances of Batman getting got by hiring a second assassin or perhaps they placed a bounty on Batman's head and numerous assassin's try to kill Caped Crusader. The only other assassin that comes to mind is Will Smith's Floyd Lawton a.k.a. Deadshot. He was previously rumored to have a role in Affleck's solo film and it would make sense that he's the secondary assassin. 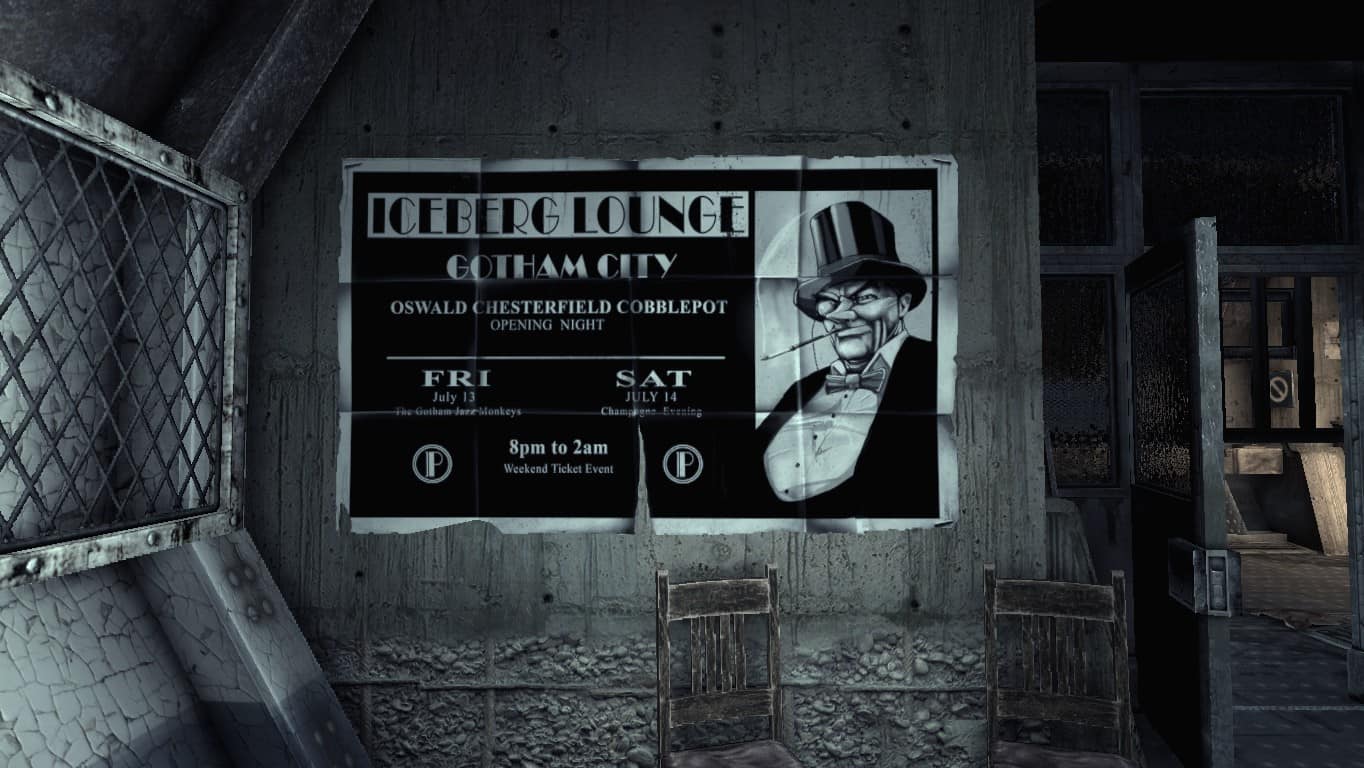 The Iceberg Lounge is a business owned by Oswald Cobblepot aka the Penguin. It has been in a few video games, but has never made its way to film. Batman v Superman promotion leaflets have already confirmed that the Lounge exists in the DCEU. 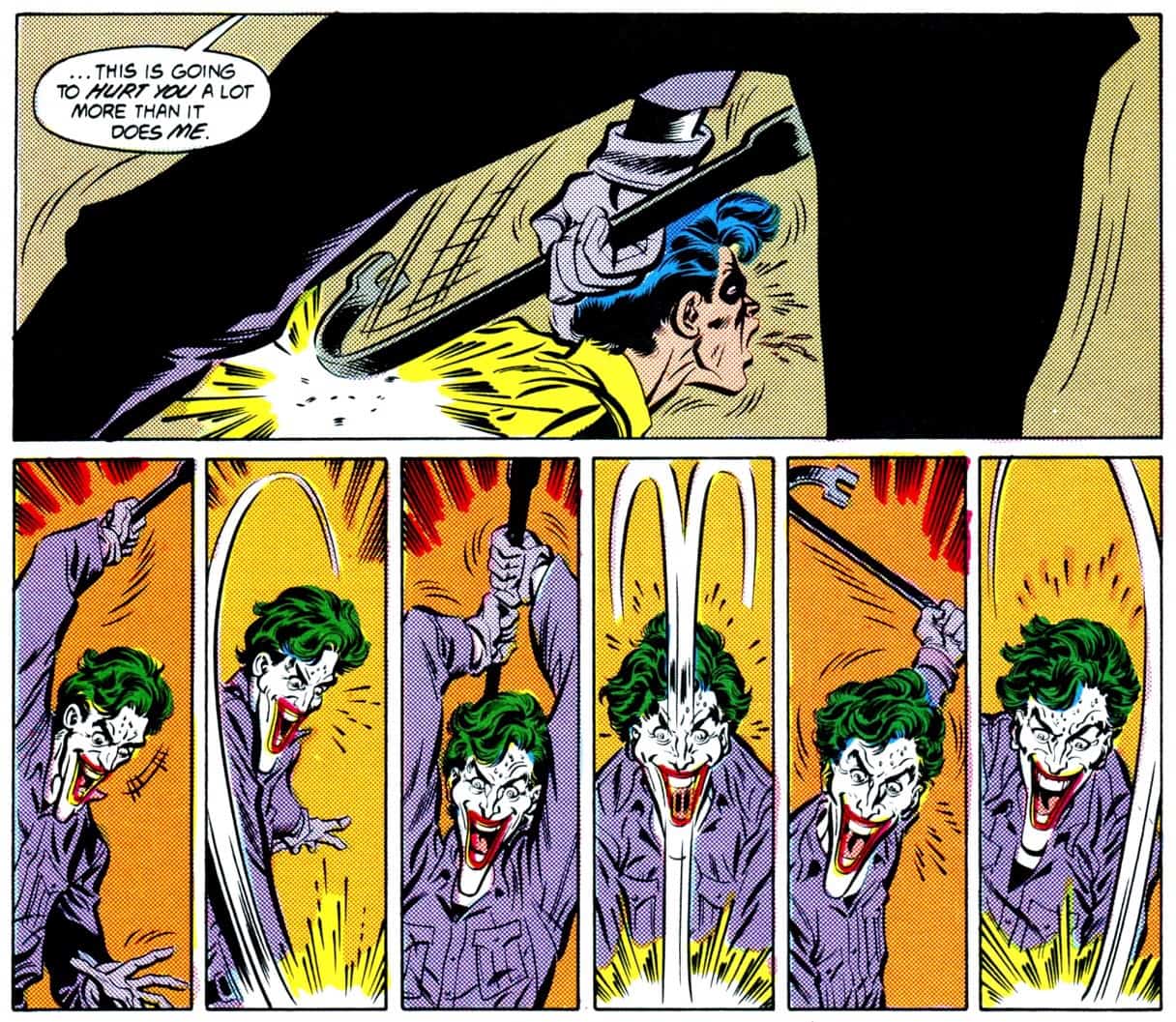 If Jason Todd does show up in the film, it would be better in flashback format. The Joker could rub it in Batman's face that he killed Jason and this would trigger a flashback to the fateful night Harley and Joker murdered Jason. 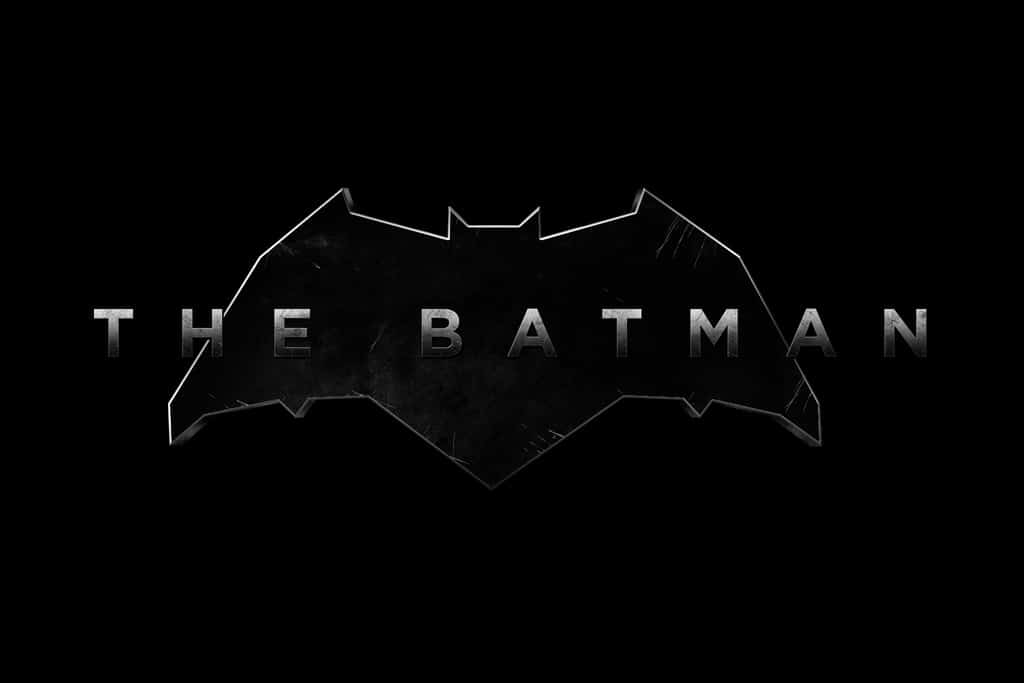 I've gotten so used to calling it by its rumored name 'The Batman', that I'd be upset if it was named anything else. The Batman is the perfect title and has only been used as the title for a cartoon title once before.

Some of these things have a high probability of never happening, but it doesn't hurt to dream. What do you guys think of the list? Sound off in the comments below.