As part of the 12 days of Deadpool, 20th Century Fox has released a new IMAX trailer for the upcoming film starring Ryan Reynolds as the infamous Merc with a mouth.

This new IMAX Deadpool trailer is currently attached to play before IMAX screenings of Star Wars: The Force Awakens, with Fox promising a new trailer for Deadpool hitting on Christmas.

Along with the trailer, fans now also have a new poster for the film: 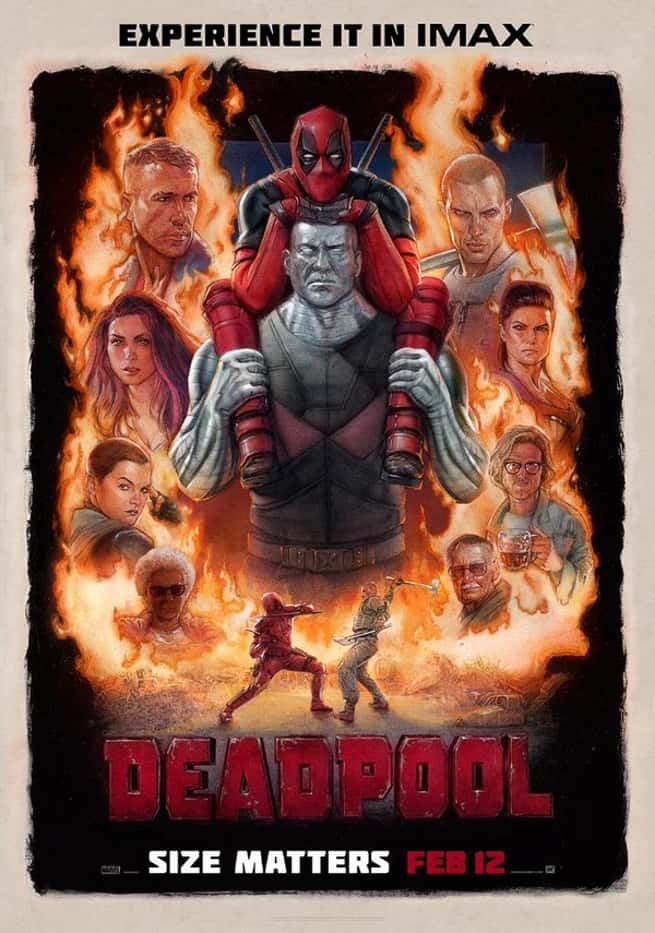 Armed with accelerated healing powers and a twisted sense of humor, former mercenary Wade Wilson (Ryan Reynolds) goes in search of the man who nearly destroyed his life.