It seems like only yesterday that fans got their first glimpse of actress Elizabeth Banks as our new Rita Repulsa for the upcoming film reboot of the popular Power Rangers TV series. And now it seems filming is underway and we have a new look at the actress in full costume thanks to some new set photos. 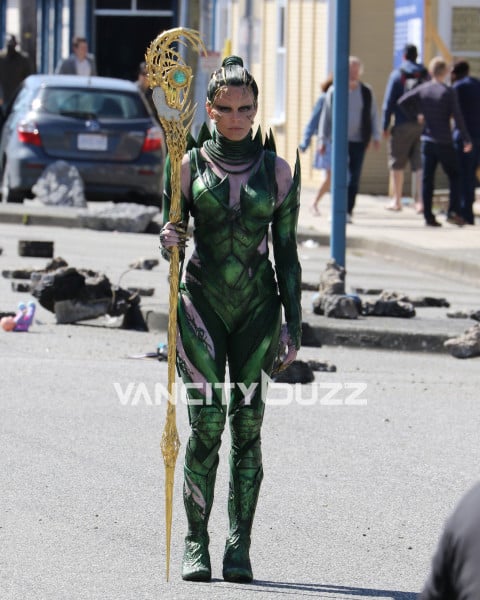 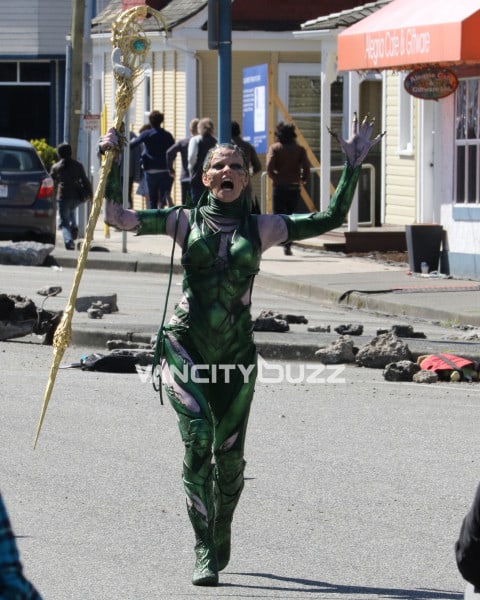 Feeling sheepish that I thought this was Once Upon A Time, which would usually be filming in Steveston. But finding out this is Elizabeth Banks in the new Power Rangers movie is even more exciting!! I’ll have to pay more attention to the film notices next time! ? ? #sunnysteveston #bcfilm #PowerRangers #RitaRepulsa #ElizabethBanks #notonceuponatime #oops

The photos come courtesy of Vancity Buzz, and the video from Instagram, and while they dont give away much, they do provide a full look on this very unique take on the character. While the images above can certainly suffice most fans appetites for this new character, you can hit the next button below to see even more photos that have been taken.