The third phase of the Marvel Cinematic Universe is about to kick off starting this May with the release of Captain America: Civil War, which will be a major point for what we are getting into in Phase 3. After that film, a new franchise will be coming to life later this year as Marvel will be introducing the supernatural aspect to the MCU with Doctor Strange. Benedict Cumberbatch is bringing Stephen Strange a.k.a. Doctor Strange to life in this film which is currently still filming. Recently, Cumberbatch and several other cast members were spotted in New York City, thanks to Just Jared, filming scenes for the film.

Based on these images, it appears that it will be one of the bigger action scenes in Doctor Strange as Cumberbatch as well as his co-star Chiwetel Ejiofor (who plays Karl Mordo), are seen running around and doing hand movements that is most likely magic moves. We also see scars and bleeding on Cumberbatch’s face, but what they are running from or attacking, remains to be seen. Check out some of the images below and for the full gallery, check Just Jared. 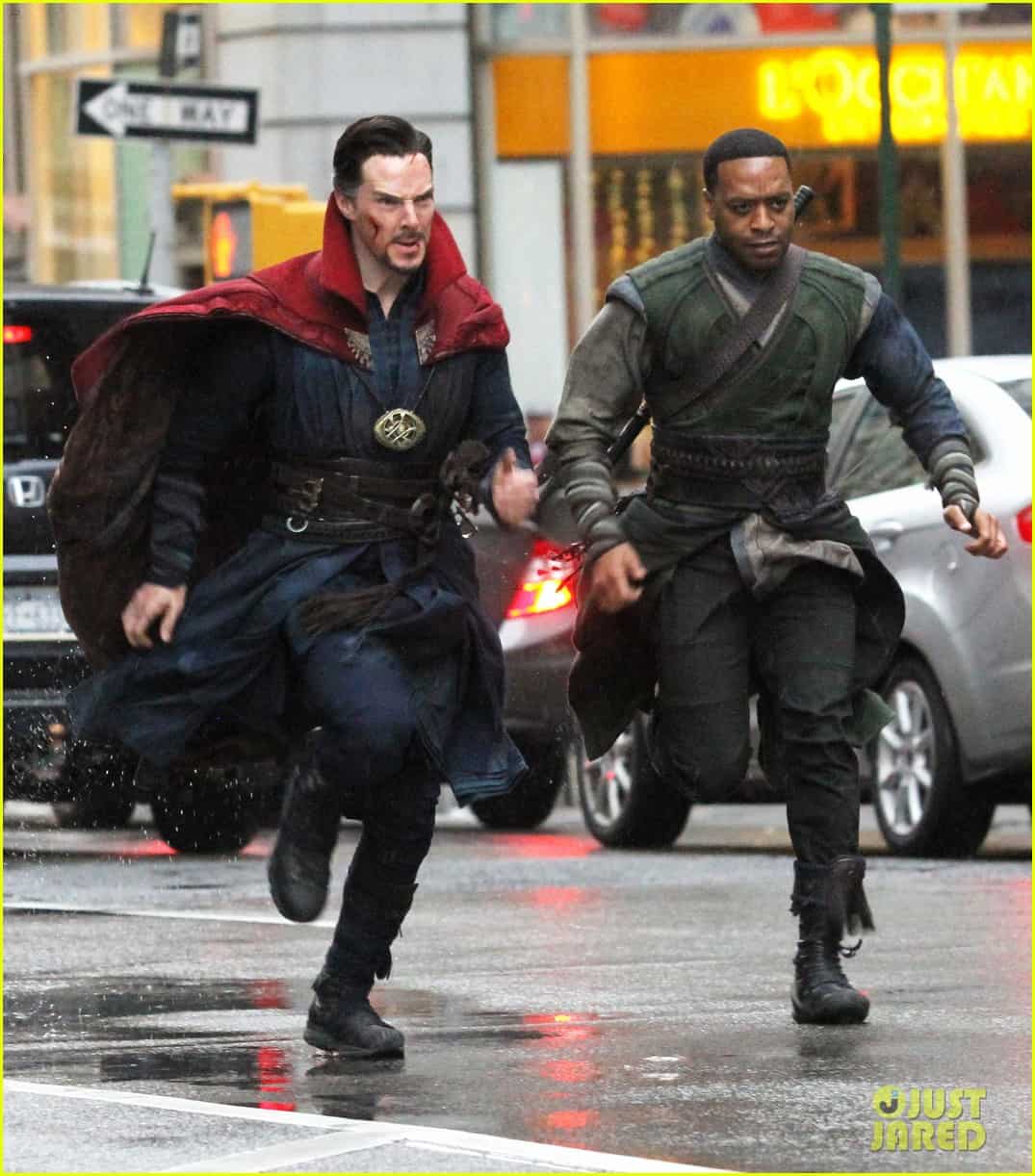 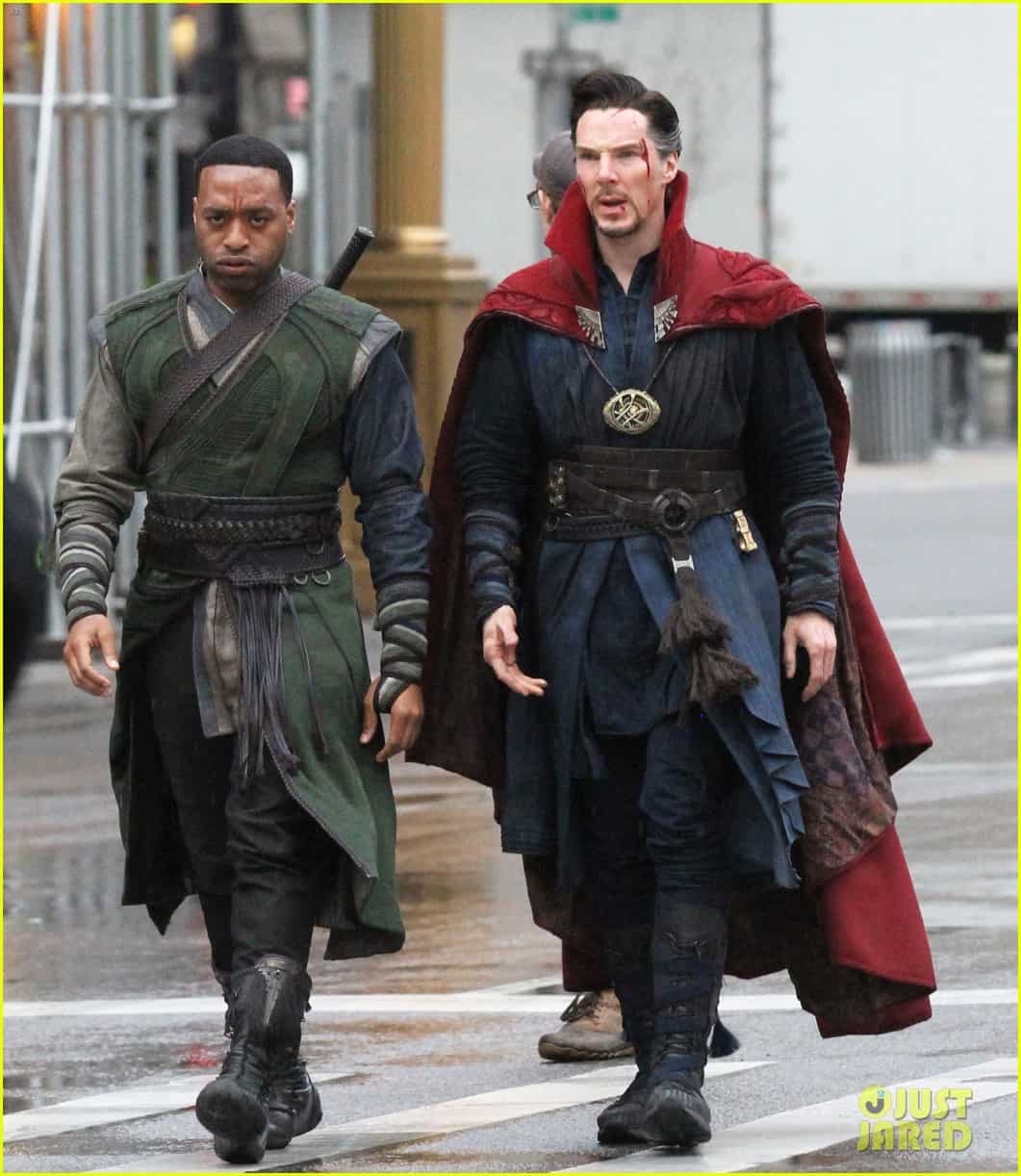 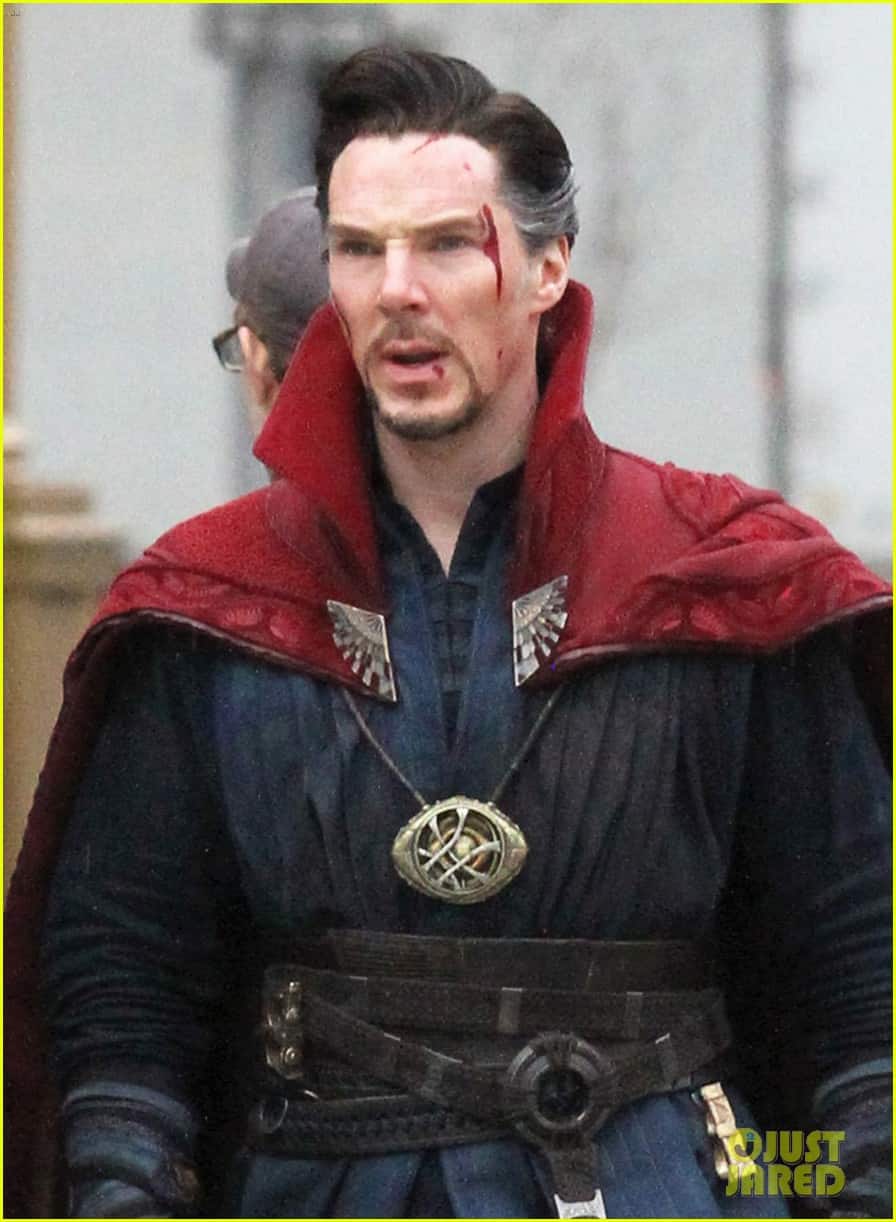 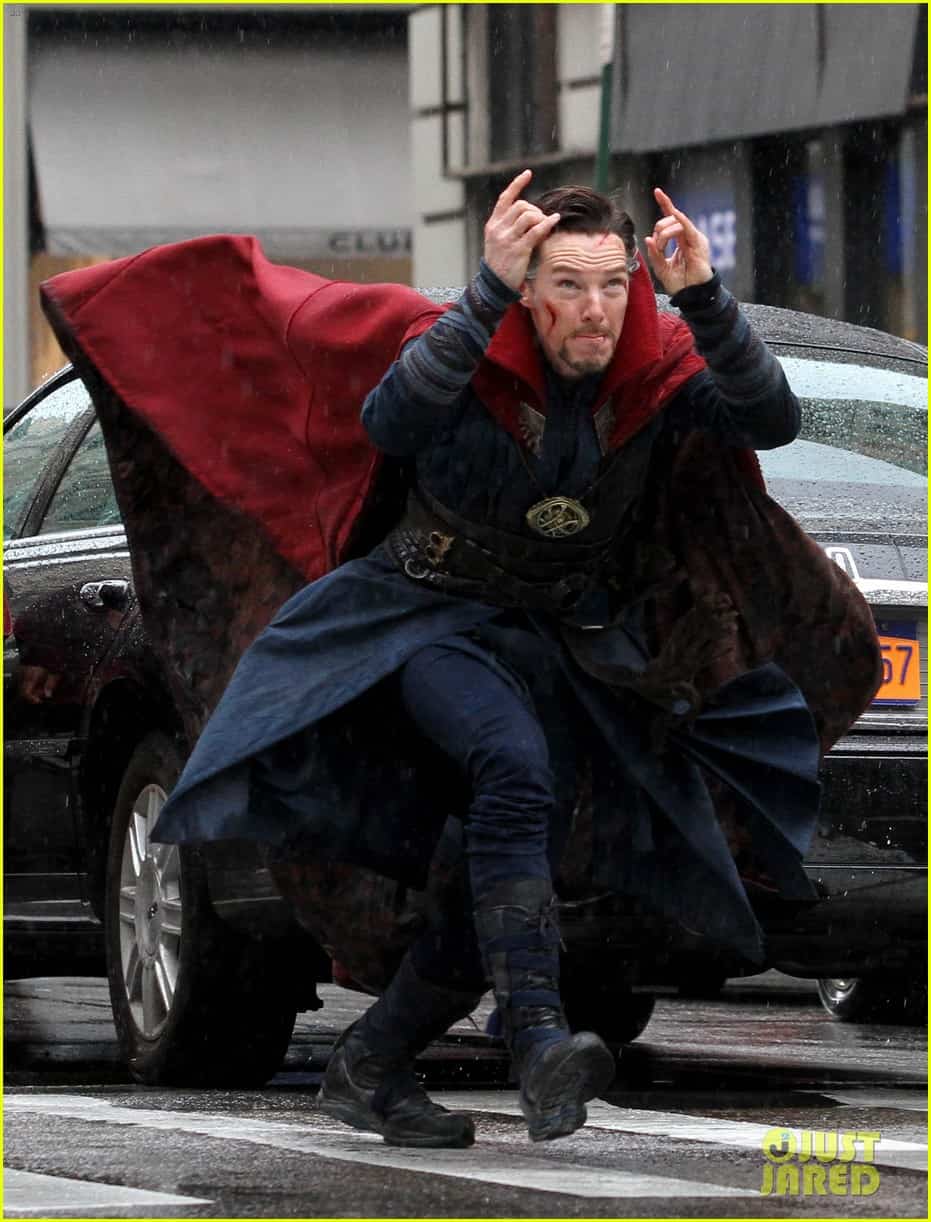 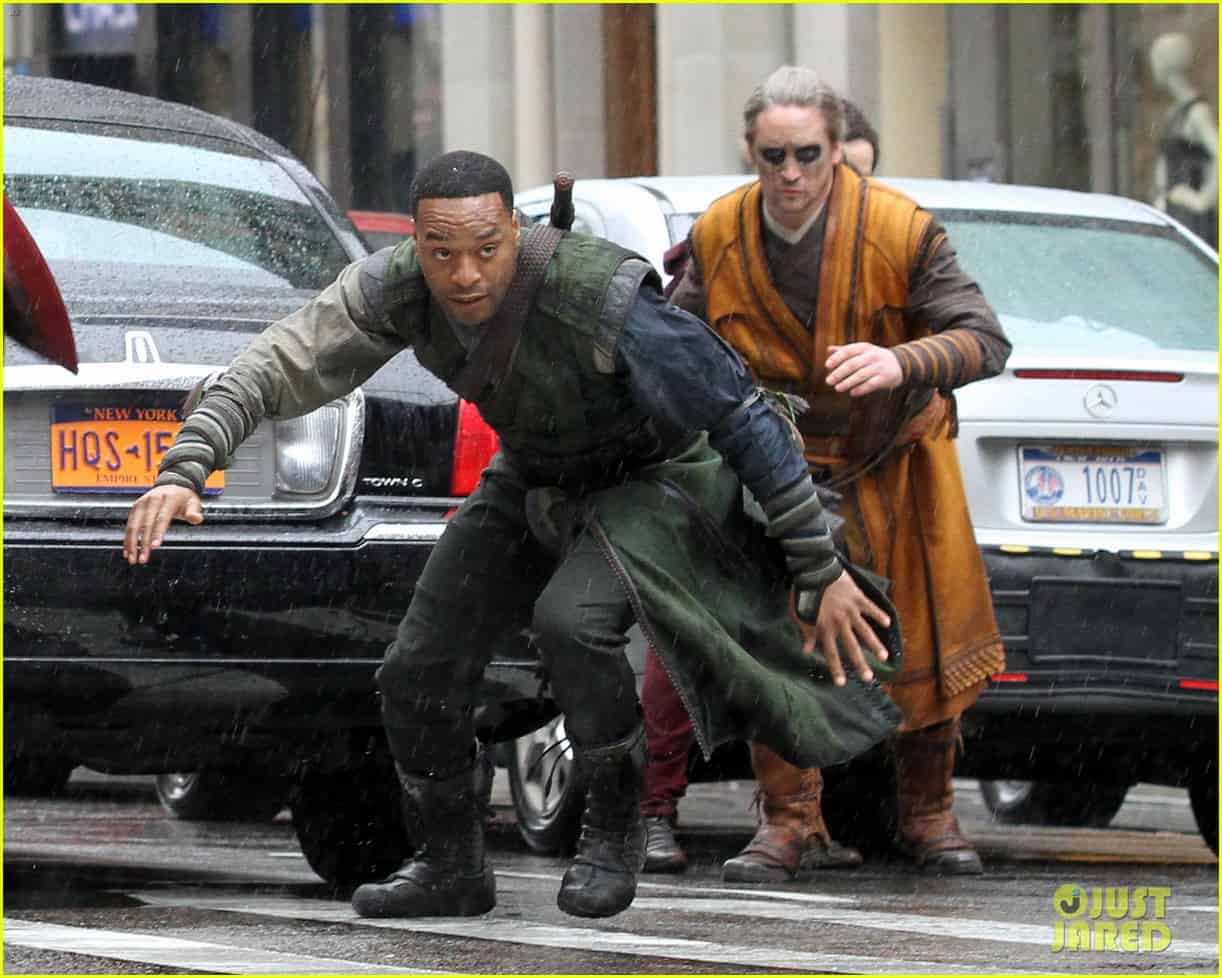 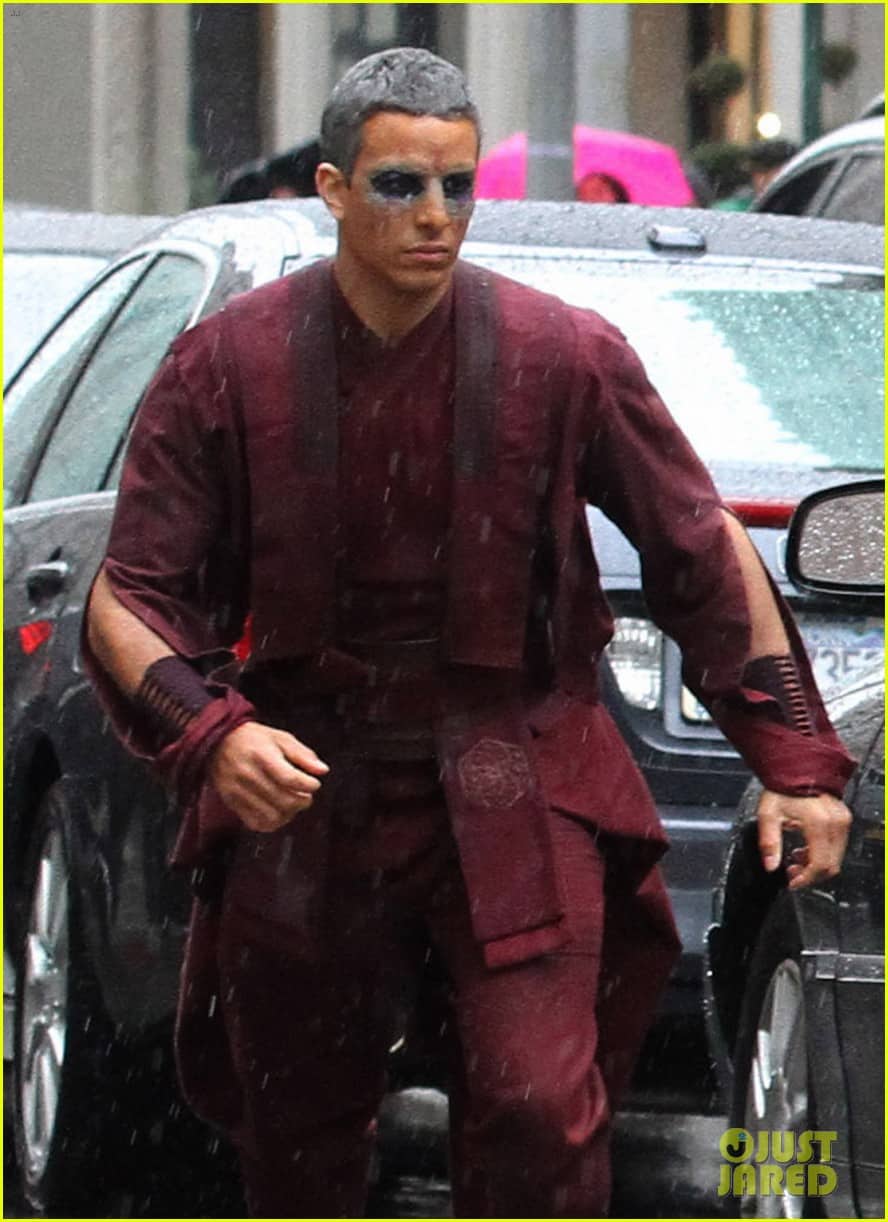 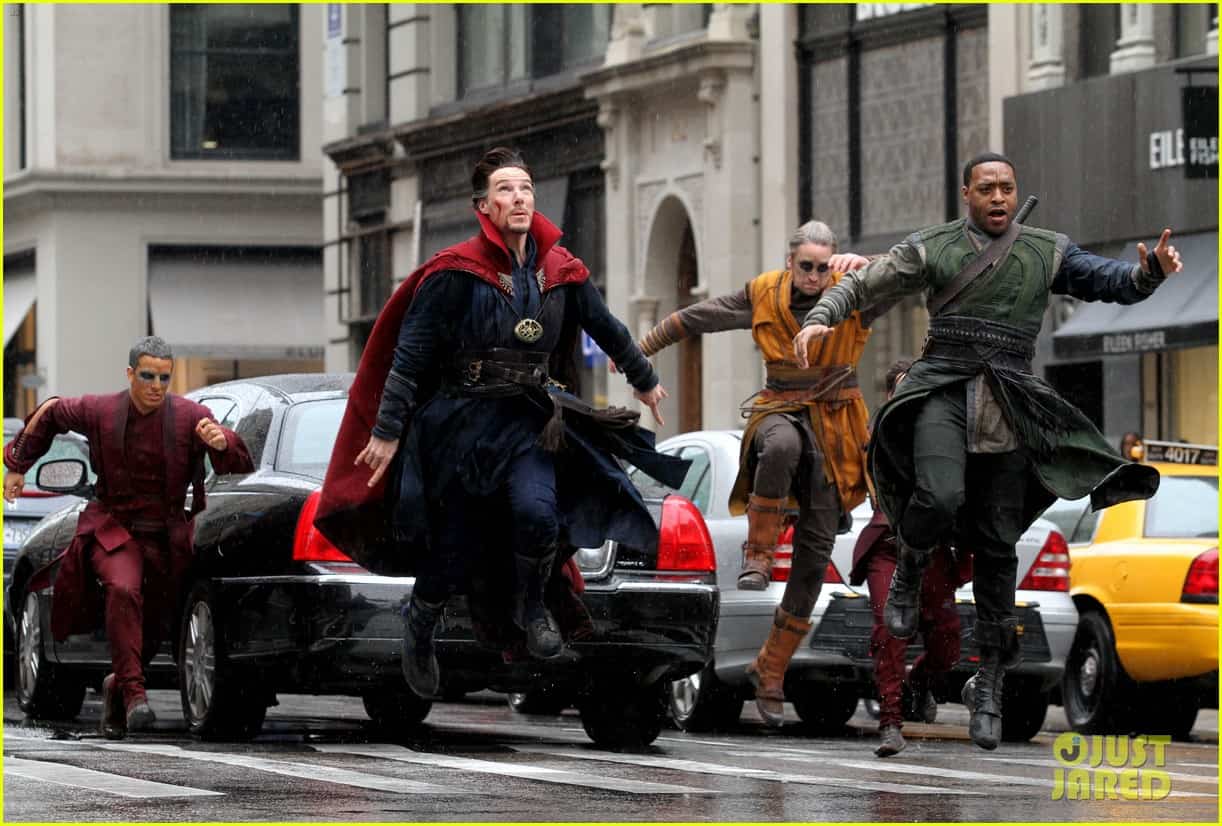 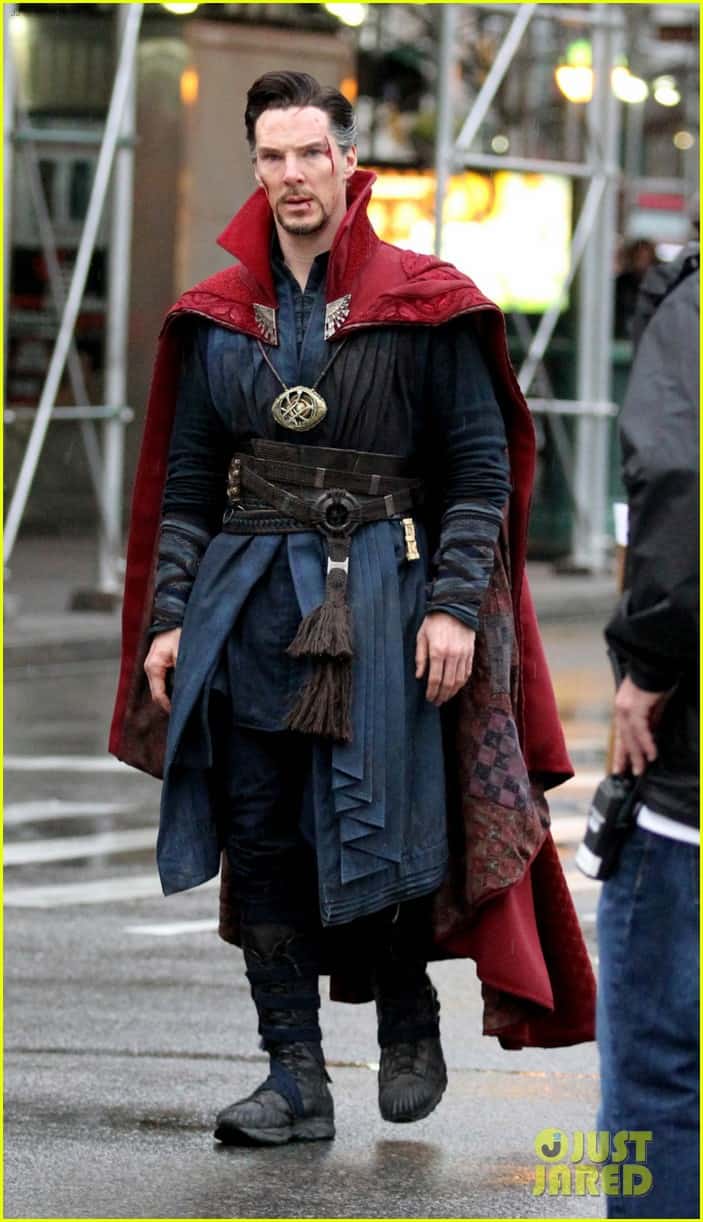 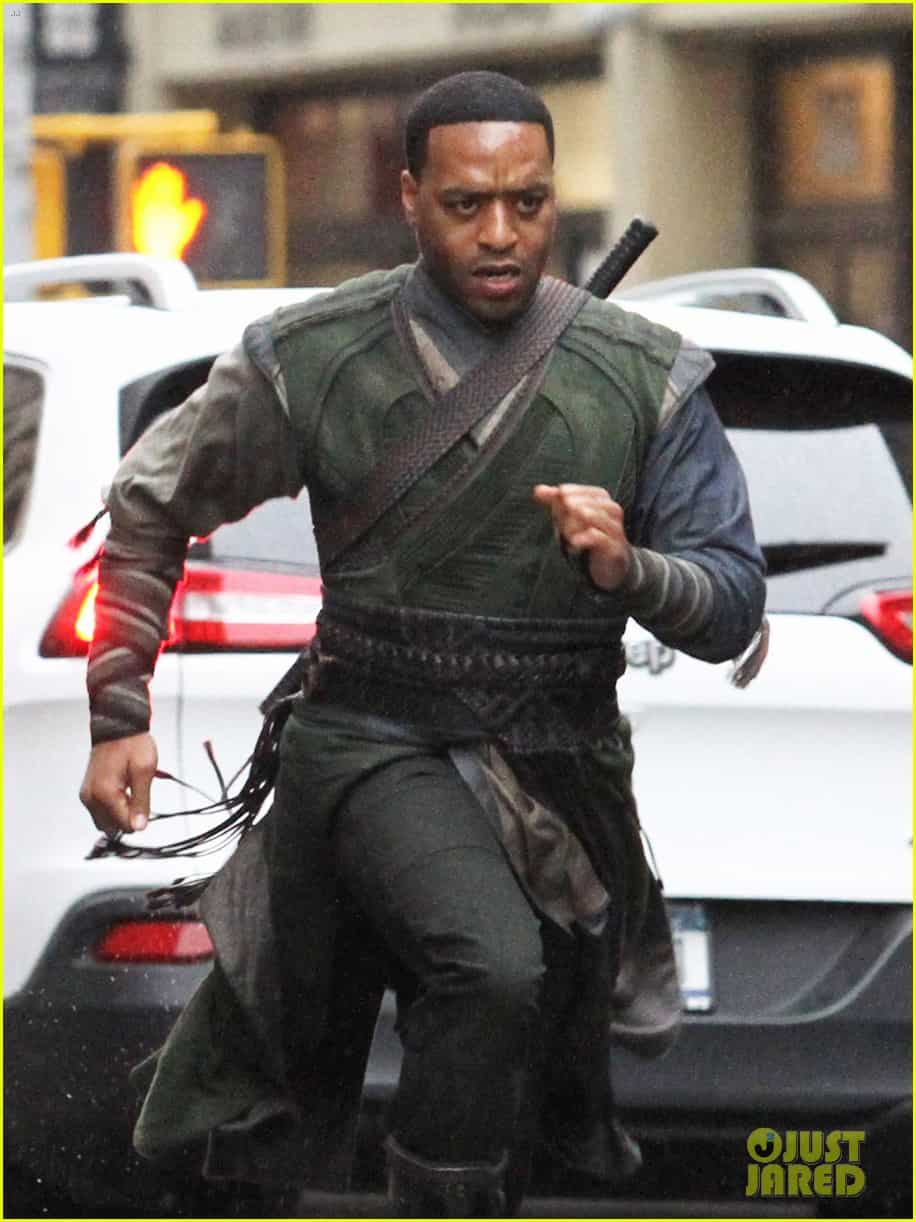 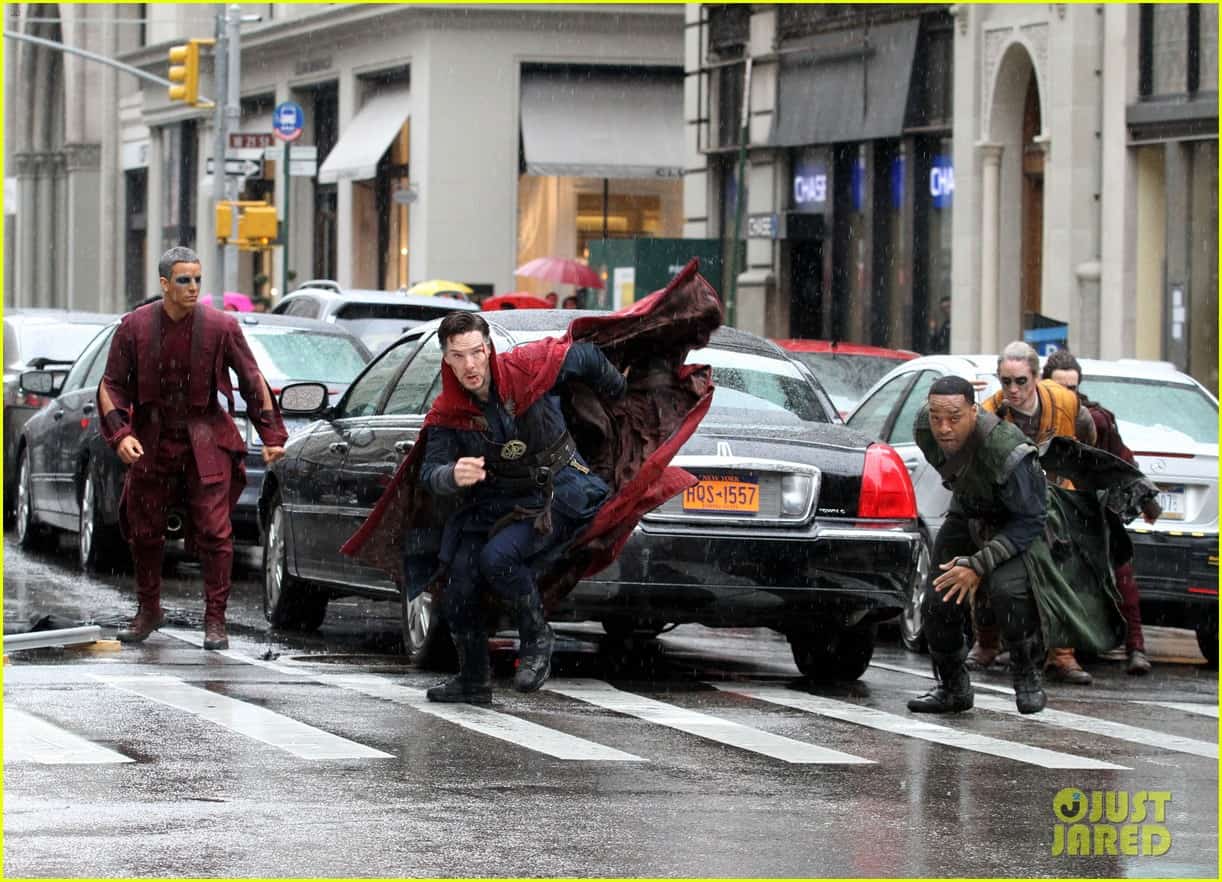 “Doctor Strange” follows the story of neurosurgeon Doctor Stephen Strange who, after a horrific car accident, discovers the hidden world of magic and alternate dimensions.”