Fans of Suicide Squad (and even most critics of the film) can all agree on one thing - Margot Robbie's Harley Quinn was pretty awesome. Harley was already a fan favorite, but her popularity has skyrocketed even higher since the film's release. Naturally, like with all popular comic book characters, statues, figures, and other collectibles are in high demand and there seems to be no end to the merchandise in sight. To add to all the merchandise already available, a new 3 inch Harley Quinn 'Q-Fig' statue is now available from QMx, and for a figure only a few inches tall in stature, the details are top notch.

The figure is a cartoonish version of Margot Robbie's Harley Quinn from the Suicide Squad movie, complete with the red & blue jacket and 'Daddy's Little Monster' t-shirt straight from the movie. Her pigtails are colored at the ends, and she is carrying her infamous 'Goodnight' bat, holding it like a shotgun, just as she did in the film. At the end of the bat is a little puff of smoke, like it were an actual gun. Also, her jacket and base both say "Property of The Joker".

Make sure to scroll through the next few pages of our gallery to check out the new figure from different angles. Think you're going to scoop one up for yourself? Well, let us know below in the comments! 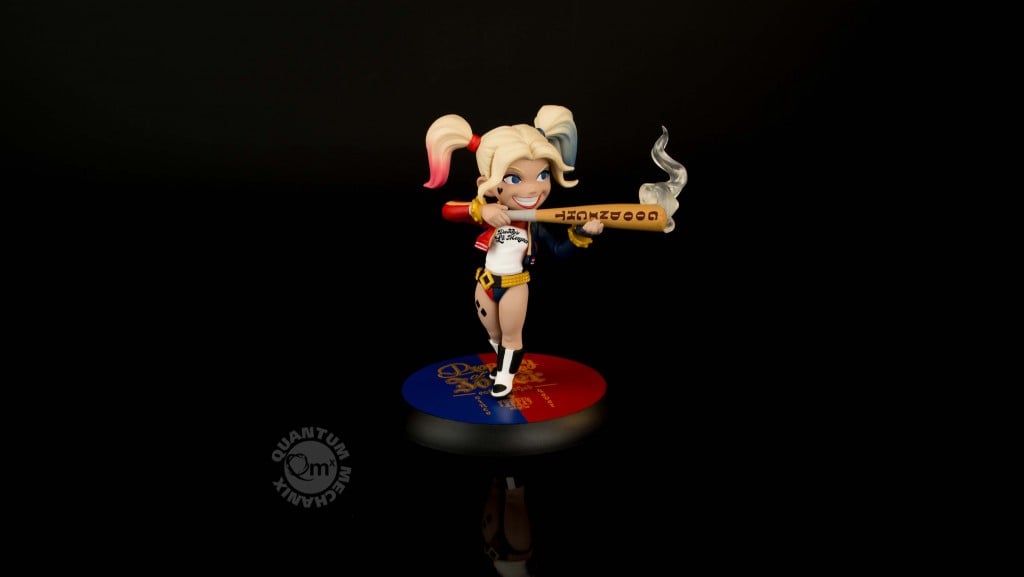 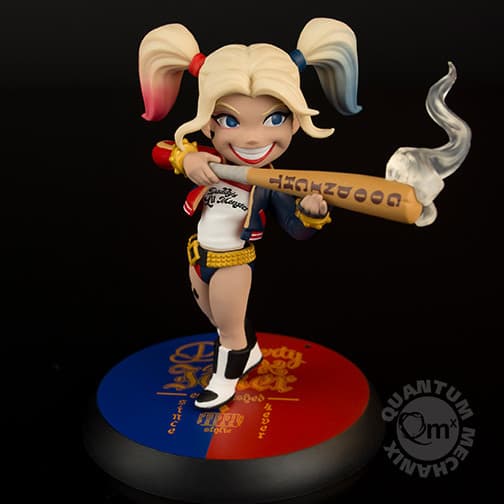 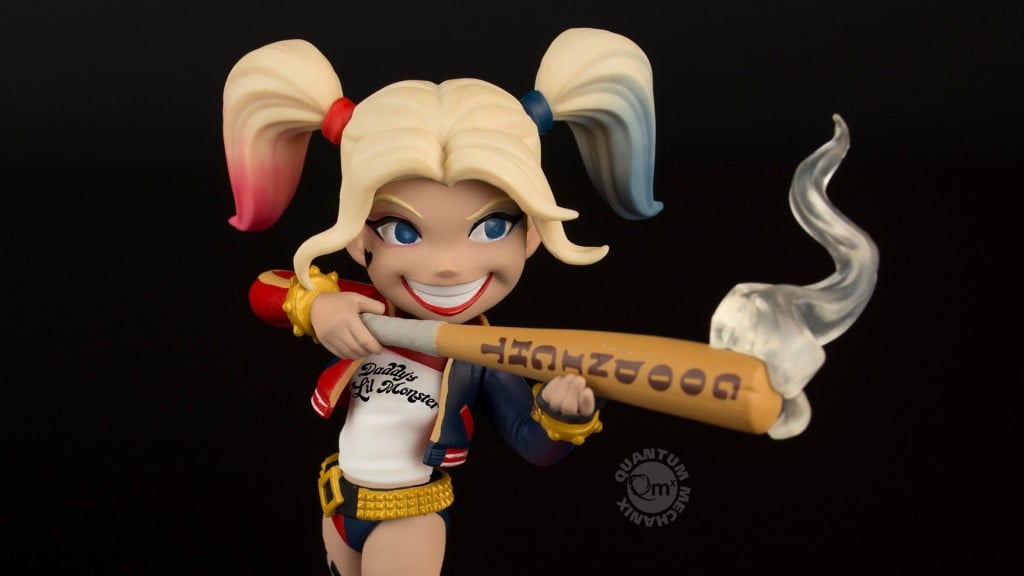 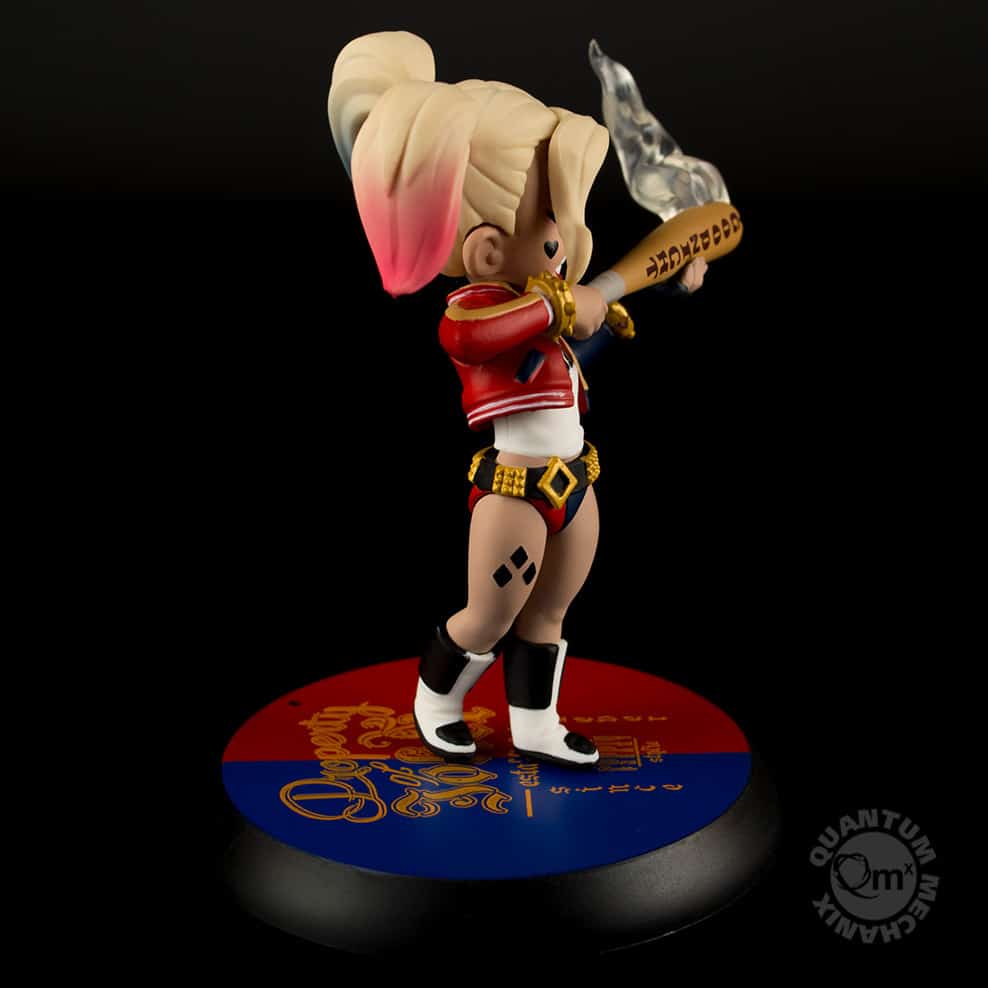 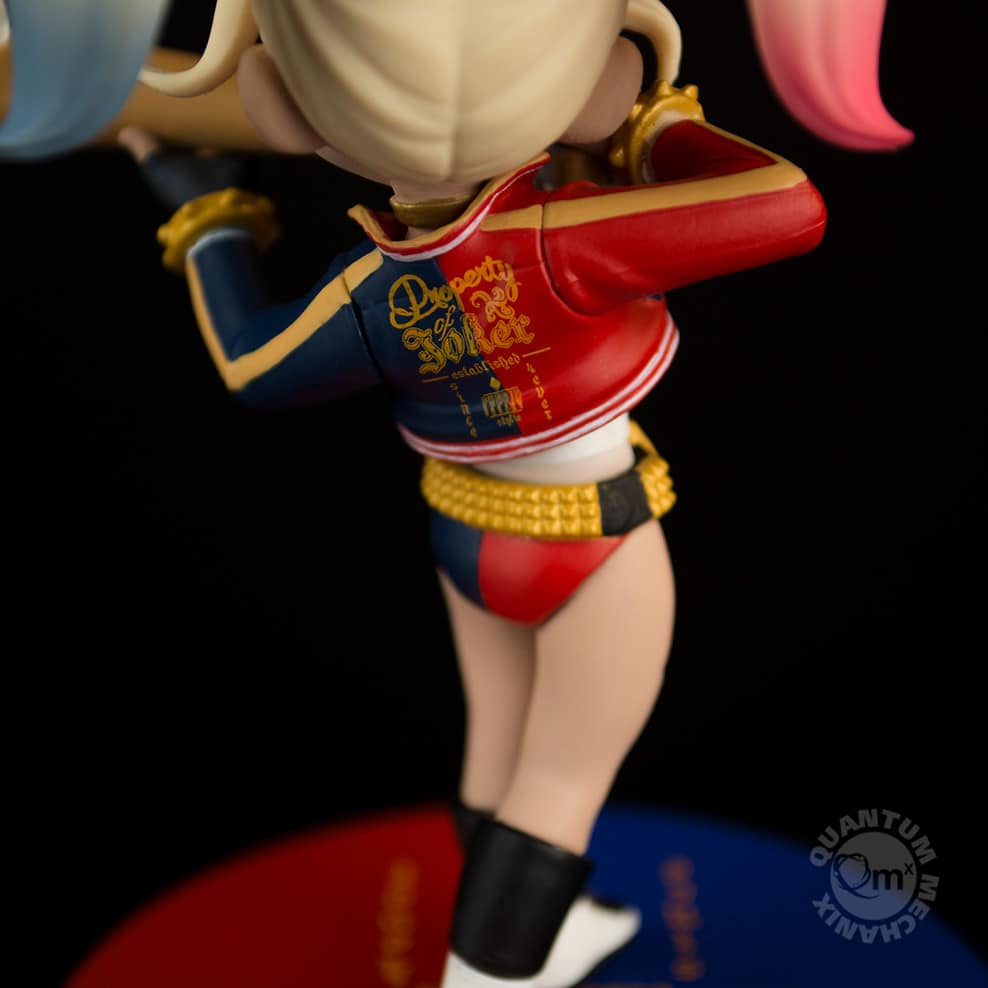 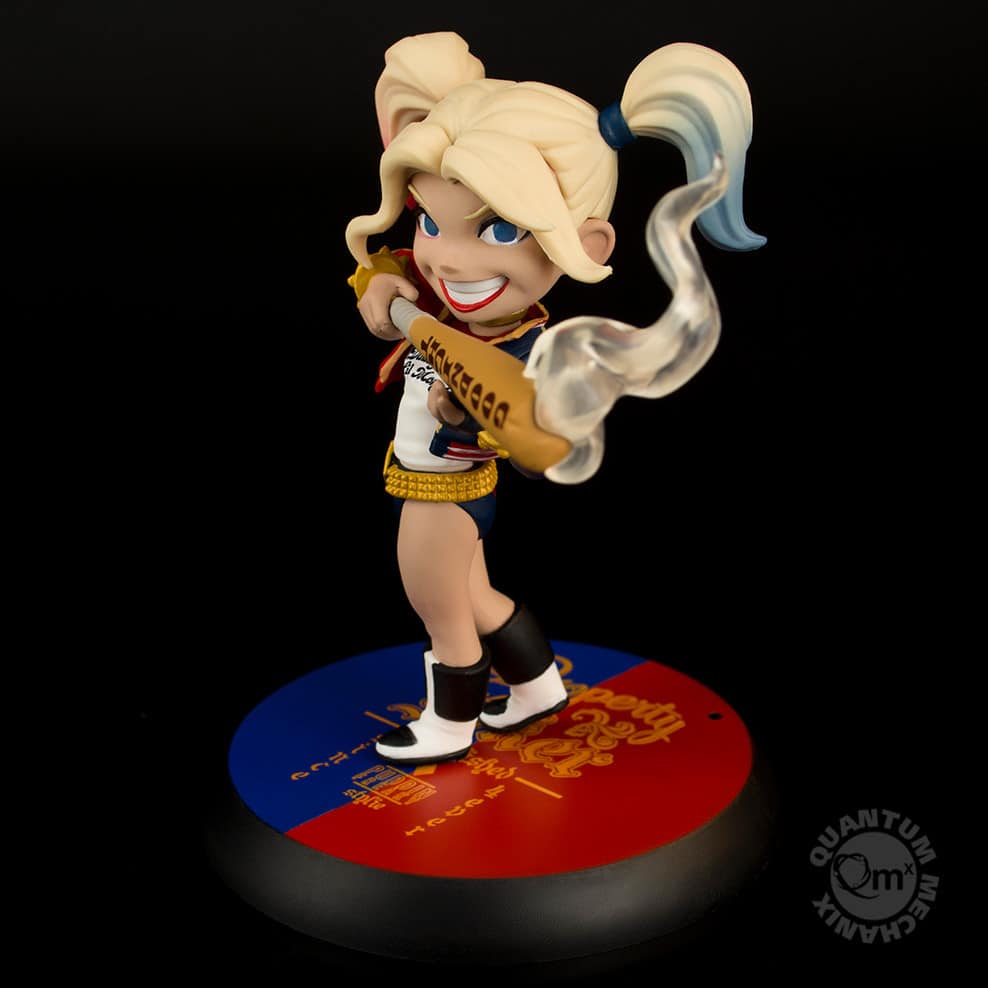 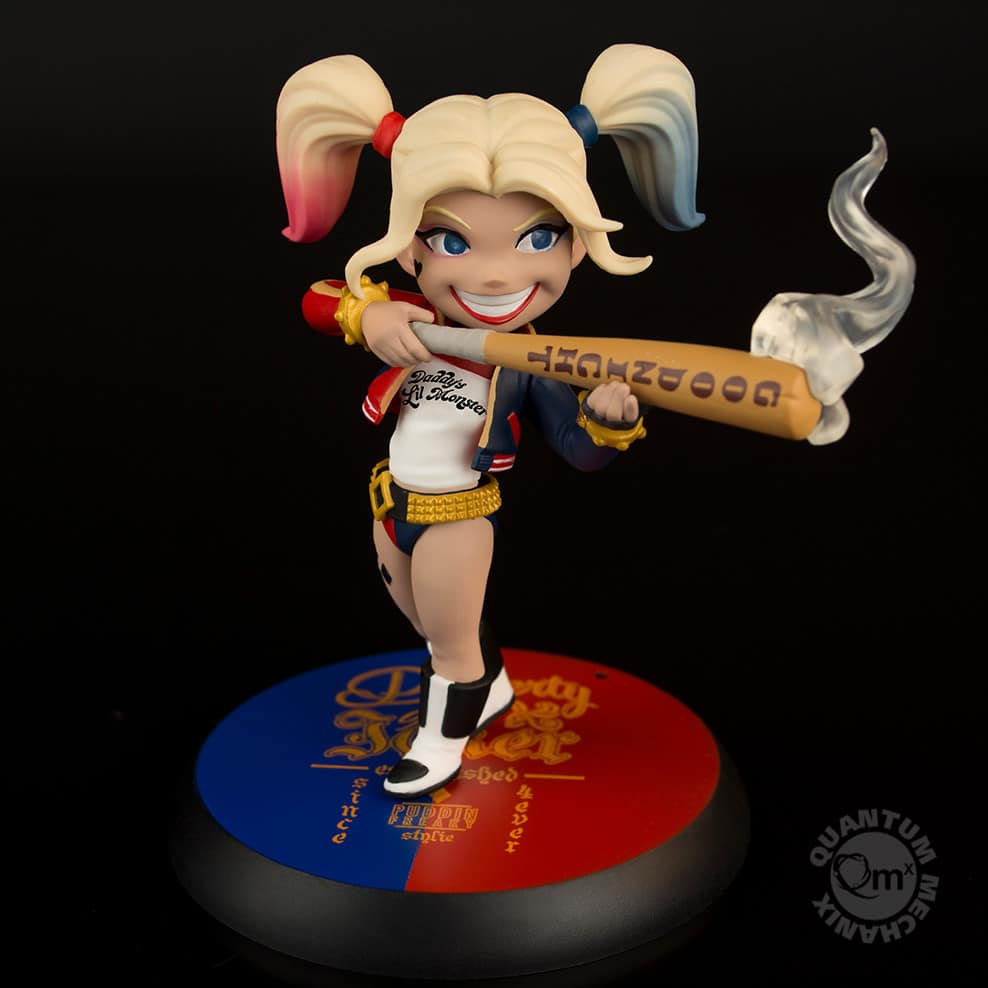