Everything You Need To Know About Patriot, The New Director Of S.H.I.E.L.D. 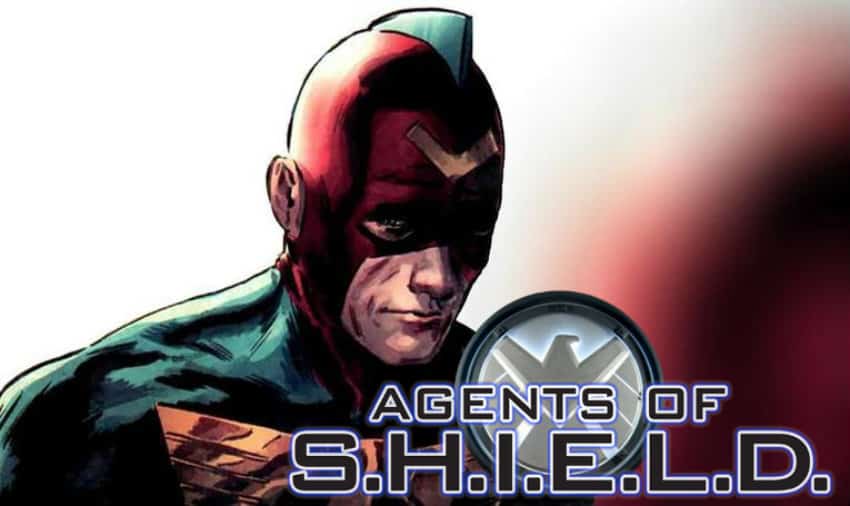 Casual viewers probably won't think anything when they hear Mace's name, but comic-savvy viewers may recognize it. Here are 10 things everyone should know about Jeffrey Mace, the newest Director of S.H.I.E.L.D!

1. He Was A Reporter At The Daily Bugle 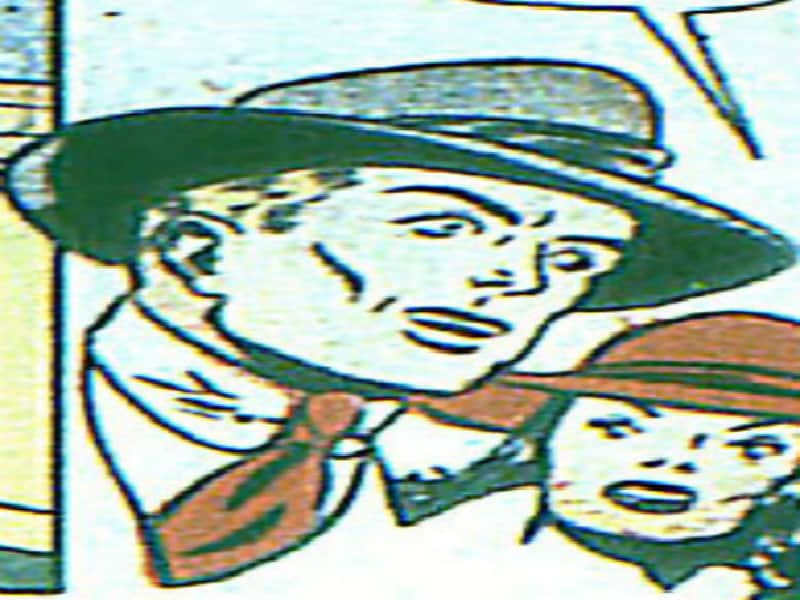 When the world entered World War II, business at the Bugle was booming, and Mace quickly became their best on-site reporter. 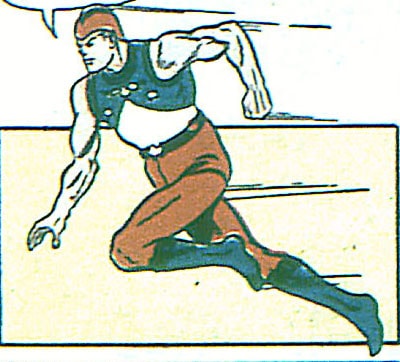 Jeffrey Mace eventually left his cushy reporter job, but not to become director of S.H.I.E.L.D. Instead, he became a superhero by the name of Patriot. Fans of the Young Avengers comic books may remember the Patriot identity belonging to Eli Bradley, the grandson of Isaiah Bradley, the first African-American Captain America.

While Eli Bradley is the more-well known character to wear the Patriot costume, Jeffrey Mace wore it first, adopting the superhero identity during WWII and fighting the invading Nazi forces. 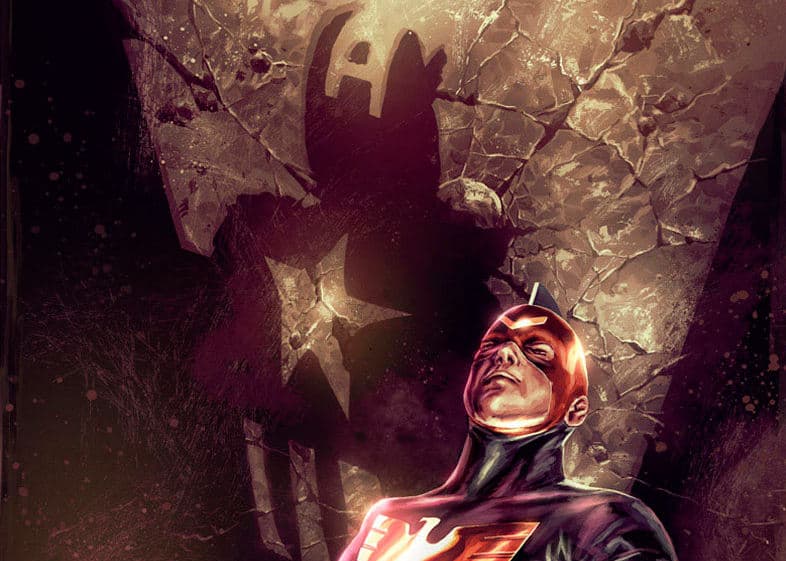 As you may have guessed from the name, Patriot is a very patriotic superhero. He fights for truth, justice, and the American way- a trait he has in common with another patriotic hero, Captain America!

The sight of Captain America fighting crime was actually what inspired Mace to ditch his reporter position and become a full-time superhero. 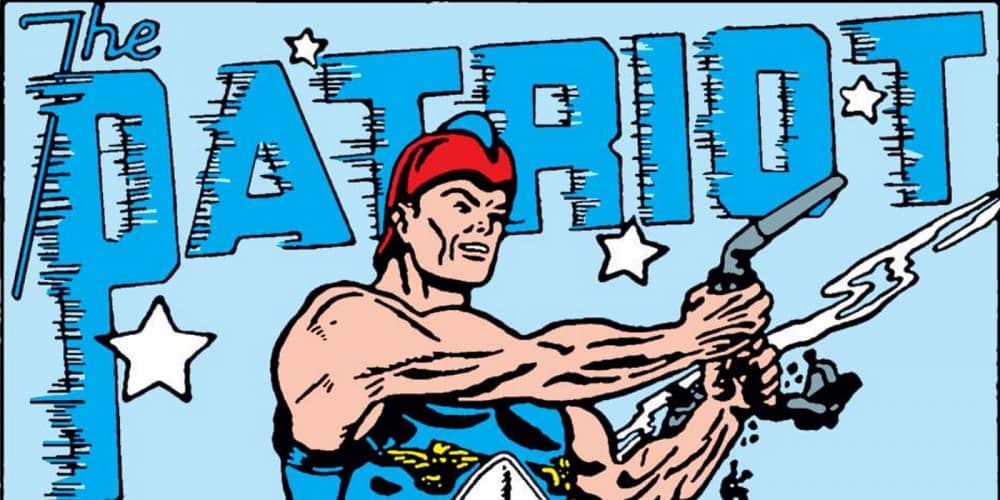 In Agents of S.H.I.E.L.D, Jeffrey Mace isn't exactly human. In the second episode of season 4, he displays his power of invulnerability and super levels of strength to Coulson and his team, referring to himself as a former hero, as well as a member of the Inhuman race.

While the TV version of Mace may have powers to aide him in battle, the comic book version isn't so lucky. The original Patriot actually doesn't have powers at all. That's right, none whatsoever. He doesn't have any enhancements, like the Super Soldier serum pumping through Captain America's veins. All he has are his his two fists and the average amount of strength for a normal man of his build. Personally, knowing that he goes out and fights dangerous super-villains with no powers or abilities at all makes him even more of a bad-ass!

5. He Had His Own Sidekick 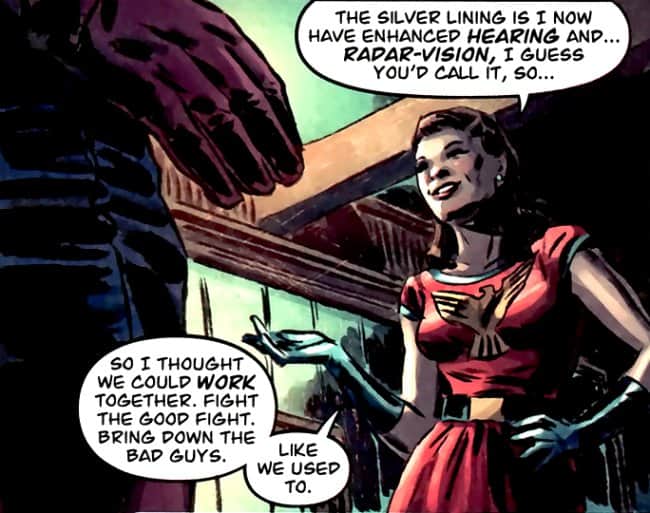 Batman and Robin, Captain America and Bucky, even experienced superheroes need partners in crime watching their back. Further proving his superhero legitimacy, Patriot was part of a "Dynamic Duo" himself! For a time, Patriot ran around fighting crime with his sidekick, Miss Patriot. Whilst sorely lacking in the creative name department, Miss Patriot (a.k.a Mary Morgan) was an exceptional superhero.

Unlike her partner, Miss Patriot actually had superpowers. After being kidnapped and experimented on by Nazi scientists, Mary Morgan became a clairvoyant, meaning she could almost always accurately predict future events. She also received super vision and radar hearing.

6. He Was A Member Of A Superhero Team 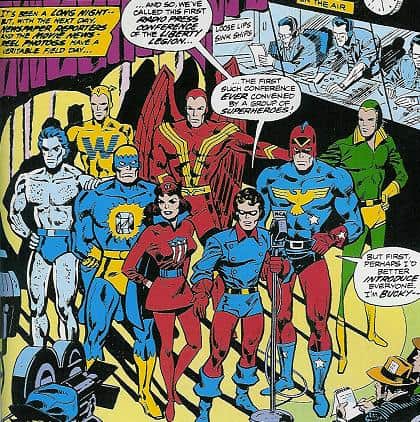 Patriot didn't have a sidekick forever, as Mary Morgan eventually retired her Miss Patriot attire. However, that doesn't mean Patriot always flew it solo. After Captain America and his fellow Invaders (Human Torch, Toro, and Namor) were captured and brainwashed by the Red Skull, Cap's sidekick Bucky needed help to save them.

Enlisting the help of heroes like Miss America, Blue Diamond, and of course, Patriot, Bucky created the Liberty Legion! The LL combined their forces to stop the brainwashed Invaders and free them from Red Skull's control.

7. His Nephew Is Thaddeus Ross 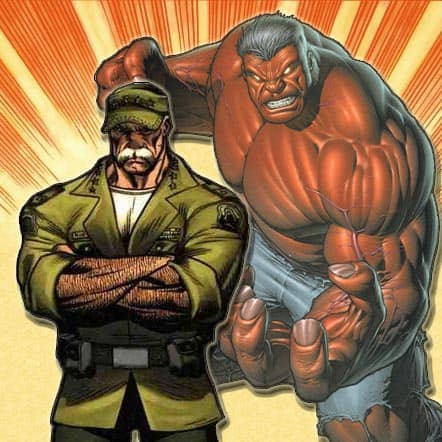 After marrying his fellow superhero, Golden Girl, a.k.a. Elizabeth Ross, Mace became the Uncle-in-law of Thaddeus Ross. Ross, a United States General, would go on to become the iconic villain/anti-hero, Red Hulk.

Mace and Ross may have different allegiances, but they both do what they do in an attempt to protect their country. So in a way, patriotism runs in the Mace family, even if it's not the immediate family.

8. He Was Captain America

Mace's run as the Patriot came to a temporary halt when the original Captain America and Bucky disappeared. Originally, William Nasland (the hero known as the "Spirit of '76") took over Cap's duties. Unfortunately, Nasland was killed by a robot made by the super-villain Adam II.

Following the death of the second Captain America, Patriot decided to don the iconic red, white, and blue costume. As Captain America, he continued Steve Rogers's duties of fighting crime and protecting the country. He knew he couldn't replace his hero, but he did a good job of continuing his legacy.

9. He Prevented A Presidential Assassination 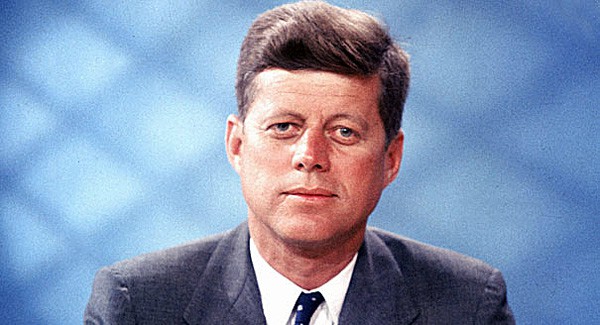 Jeffrey Mace performed a lot of civic duties as Captain America, but perhaps the biggest thing he ever did was prevent a presidential assassination. Adam II attempted to kill the presidential candidate John F. Kennedy before he could be in office, but Mace managed to stop the assassination.

Of course, Kennedy was elected president, and was eventually assassinated in a similar way to how he was killed in real life. At least he stopped it the first time around. 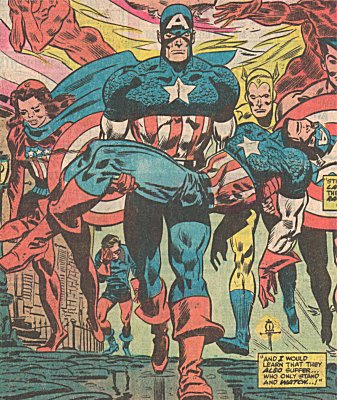 The final fact about Patriot has to do with the final moments of his life. While heroes like Captain America and Spider-Man die tons of times and get to come back, Patriot wasn't so lucky. After suffering from cancer for a long time, Patriot was finally at the end of his long and eventful life.

Before dying, Mace was granted a dying wish by the Elder of the Universe, the Contemplator. The Elder allowed Mace to fight as Captain America one last time, taking him to an alternate earth where he was able to fight and defeat another version of Adam II.

After coming to terms with his fate, Mace died peacefully, with the original Captain America at his bedside.

There you have it, everything you need to know about Jeffrey Mace! As you can see, the comic book version is pretty different from the TV version. Still, make sure to check out the new version of Jeffrey Mace on Agents of S.H.I.E.L.D Season 4!