A Look Back At R-Rated Superhero Films

by Christian Michael Stoic on February 5, 2016

In One Week from today Deadpool, an R-Rated superhero film will be released. It is a film that aims to shake up the modern superhero film genre. Its Hard R rating will surprise audiences and deliver a new experience among the glut of popular superhero properties. A character who can be destroyed, who has sex, and curses. This film will not hold back, but this isn’t the first superhero film to do this. In fact there have been several R-Rated Superhero films throughout the years and as a tribute to the Merc with a mouth getting his feature film I have decided to take a look back at some of the most notable R-Rated superhero films. Granted these are not all of the films, but it is a good sampling of some of the most notable and influential. 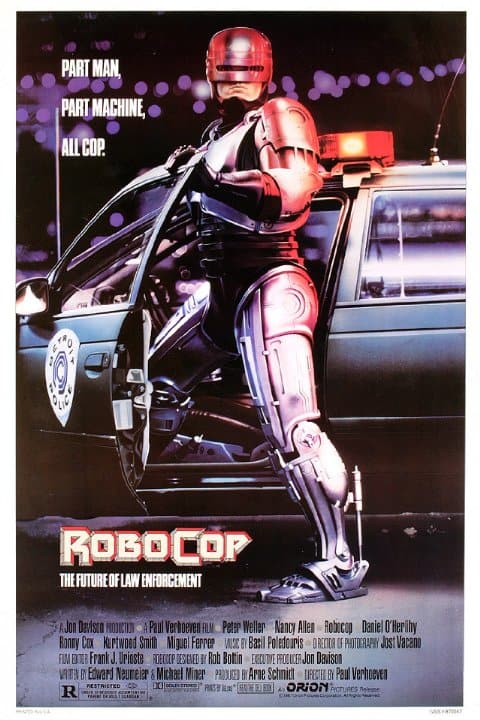 The first Superhero film on this list is actually not based on a comic book character. It is an original concept about a cop who was brutally mutilated, but brought back as a cyborg to uphold the law. The character became so iconic that comics, cartoons, and sequels were made which gave him the status as a superhero. The film in itself was a hard R, with excessive violence and gore and an attempted rape scene, but that didn’t stop this superhero from being embraced as a much loved character. 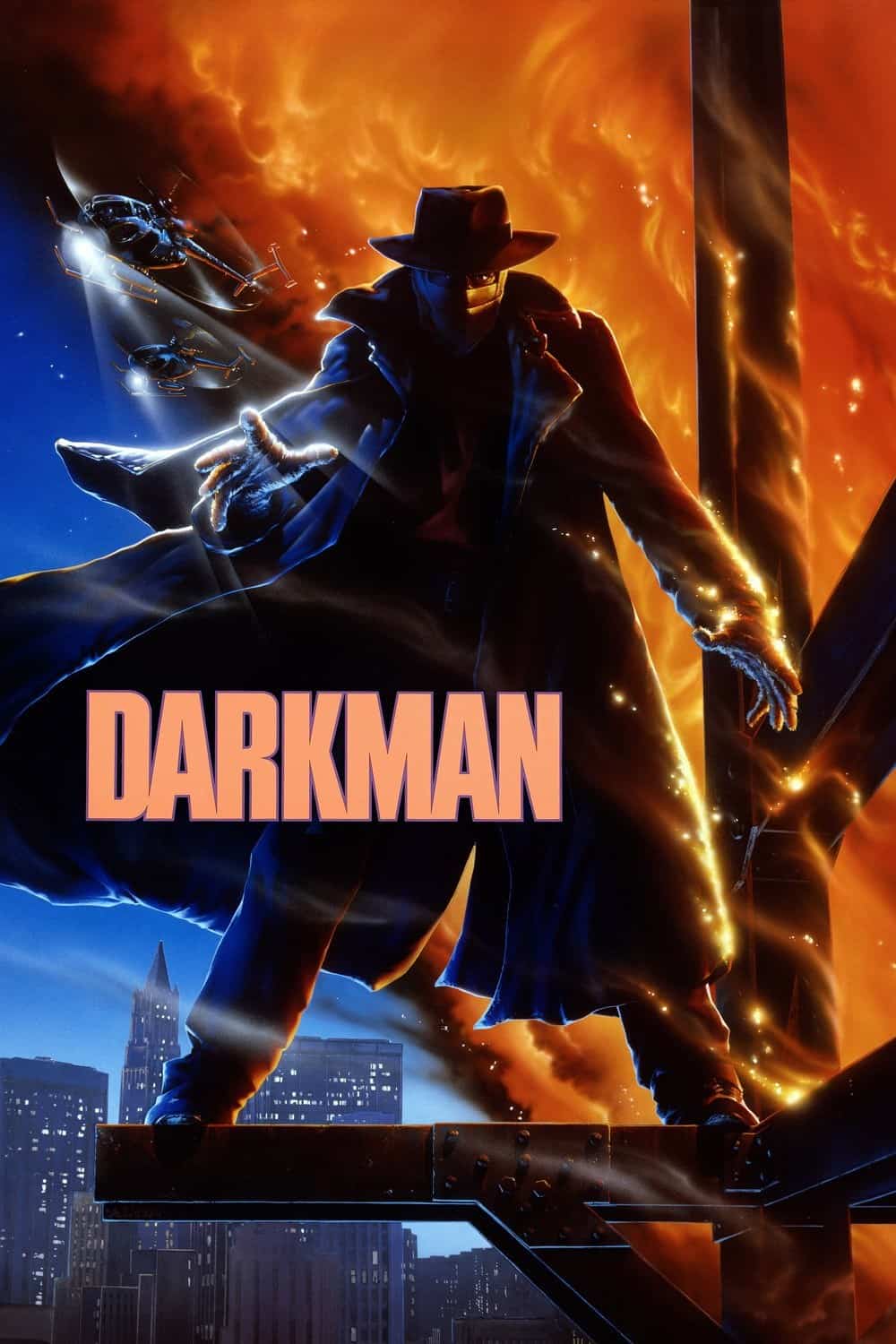 A film that has garnered a small cult following is this Sam Raimi superhero film starring Liam Neeson. An origin story about Peyton Westlake, a scientist who is attacked and permanently scarred by thugs. Using his scientific research into synthetic skin he goes on a search for vengeance against the men and the crime boss who did this to him. In the similar vein of Robocop the story is not based on an established comic character, but is an original story. The film earns its R rating through the violence of certain scenes and the language. It’s definitely not the most provocative film on the list, but it certainly earns its rating. The character itself spawned 2 sequels and a few comic series as well. 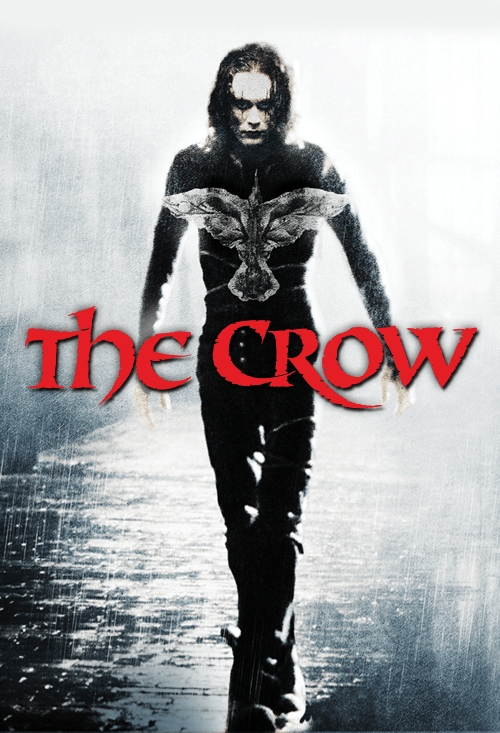 This film is an adaptation of the 1989 comic series about a musician named Eric Draven, who was murdered along with his girlfriend and one year after the incident Eric returns from the dead and uses his supernatural abilities to take down the criminals that were responsible. This film like Darkman is more a revenge tale, but the character is heroic and iconic enough to be considered a superhero in his own right. This character has remained well known thanks to the quality  and the fact that Brandon Lee, the actor who portrayed him, was killed during the filming of it. It is known as a cult favorite and has a very loyal following. 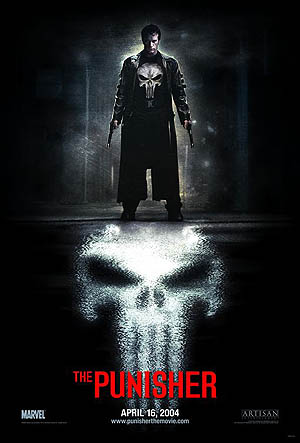 In the first Marvel adaptation on this list is The Punisher series of films. There have been 3 feature length films based upon the iconic Marvel anti-hero. The first being The Punisher (1989) starring action star Dolph Lundgren. The second being The Punisher (2004) starring Thomas Jane and John Travolta, and the third being Punisher: War Zone (2008) starring Ray Stevenson. Each film had their differences, but they all told the story of Frank Castle and his war on criminals. They are each deserved of their rating seeing that Frank is an unapologetic killer. War Zone was by far the most over the top portrayal with the violence including a scene where he quite literally punches a hole through a man’s head. With all this said these films are not looked at too favorably, but the character will make his return on the second season of Daredevil. 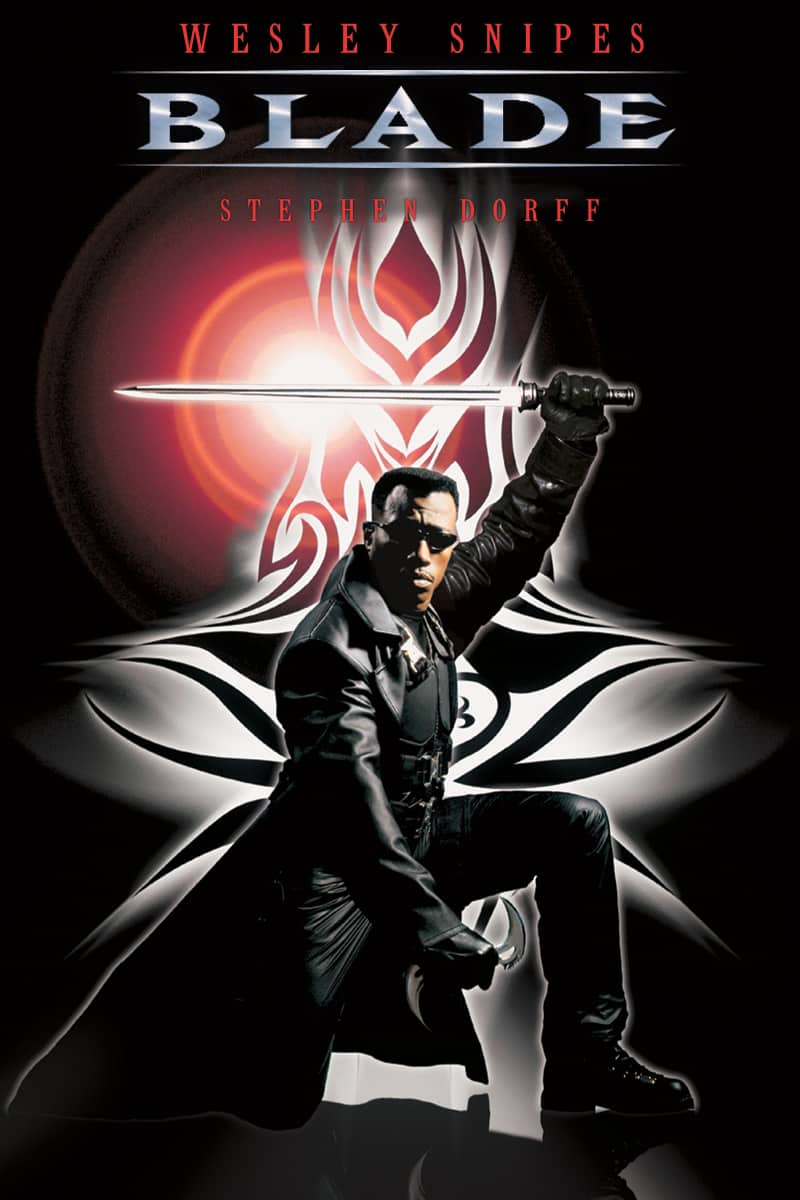 In another Marvel character adaptation Wesley Snipes took on the iconic role of Blade in three feature films that unlike Punisher was a continuing series. Blade is a half human half vampire who can walk in the sun and hunts Vampires. These films combine action with horror aesthetics that led to being a big success when they were released. Some people even give Blade credit for reinvigorating the comic book films after Batman & Robin was such a disappointment. It also earns its rating through the creature violence that these films have on display. 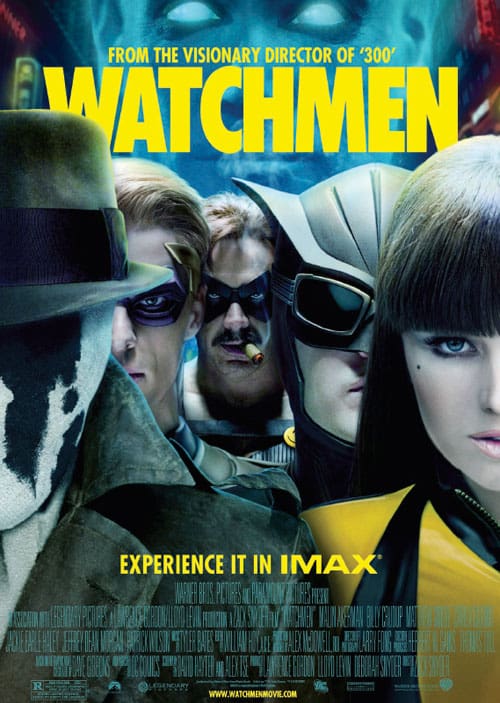 Zack Snyder’s adaptation of one of the greatest graphic novels of all time was a landmark in that it accurately portrayed the tone and the story of the comic series in all its dark and brutal ways. The gorgeous visuals mixed with the brilliant performances and storytelling add a layer of polish that works in combination with the belief in staying as accurate to the source as possible. It is a film that doesn’t hold back and tells the complex and intriguing storyline with all of its mature themes and moments such as attempted rape, sex, violence, and nudity. The film garnered a mixed critical reception upon its release, but has since developed a strong following due to the fact that the film is an accurate adaptation. 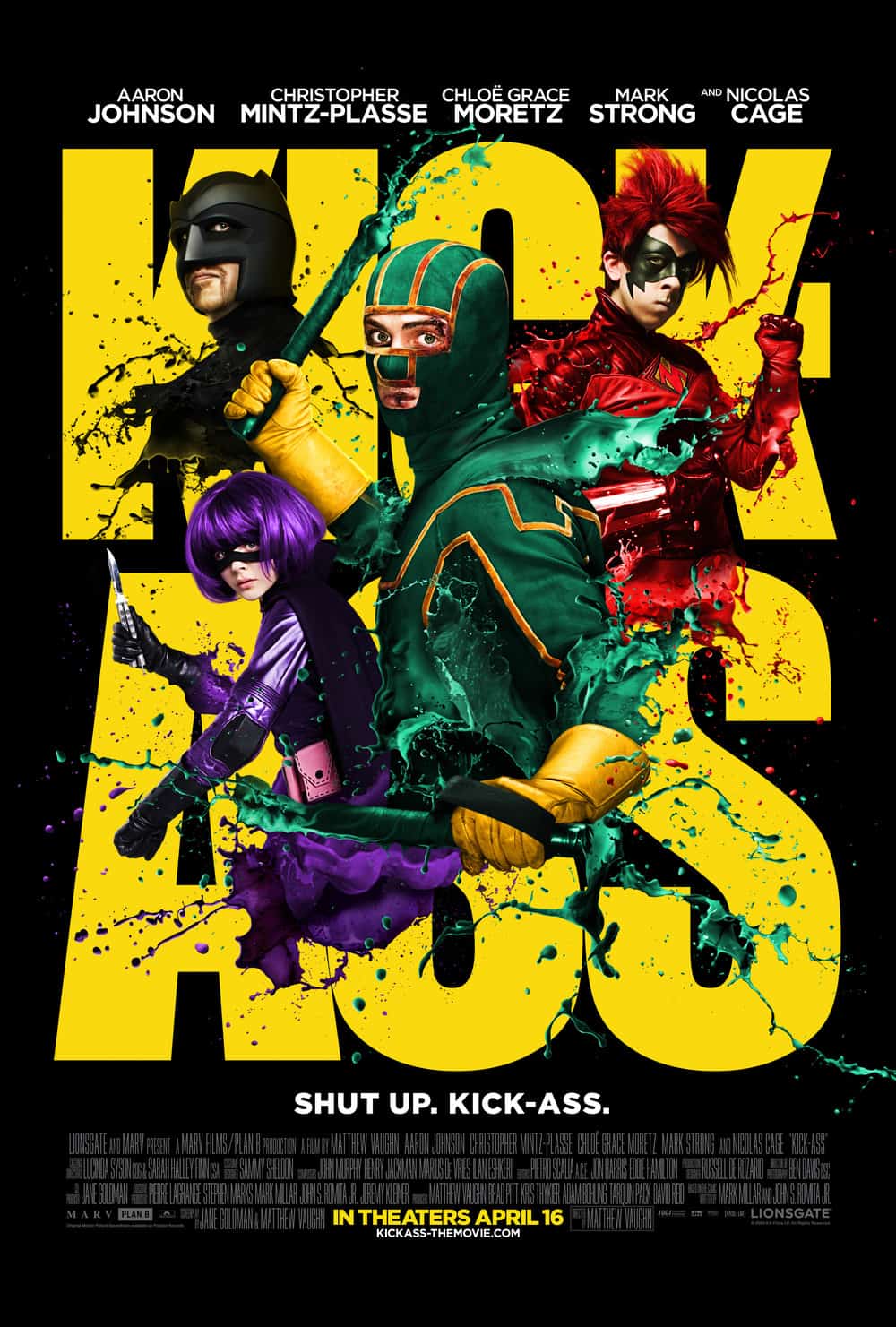 The Kick-Ass films are a perfect example of the content that is expected in an adult superhero story, but told with a comedic edge unlike some of the other entries on this list. The film focuses on a wannabe superhero that often has his “Ass” kicked, but gains some help in the form of a  girl who uses extreme measures to dispense of her enemies. The films feature an all-star cast that give great comedic performances including stand out roles from Nicholas Cage and Jim Carrey. The films, like the comics they are based on, use extreme violence and sexual situations as the route of its comedy. 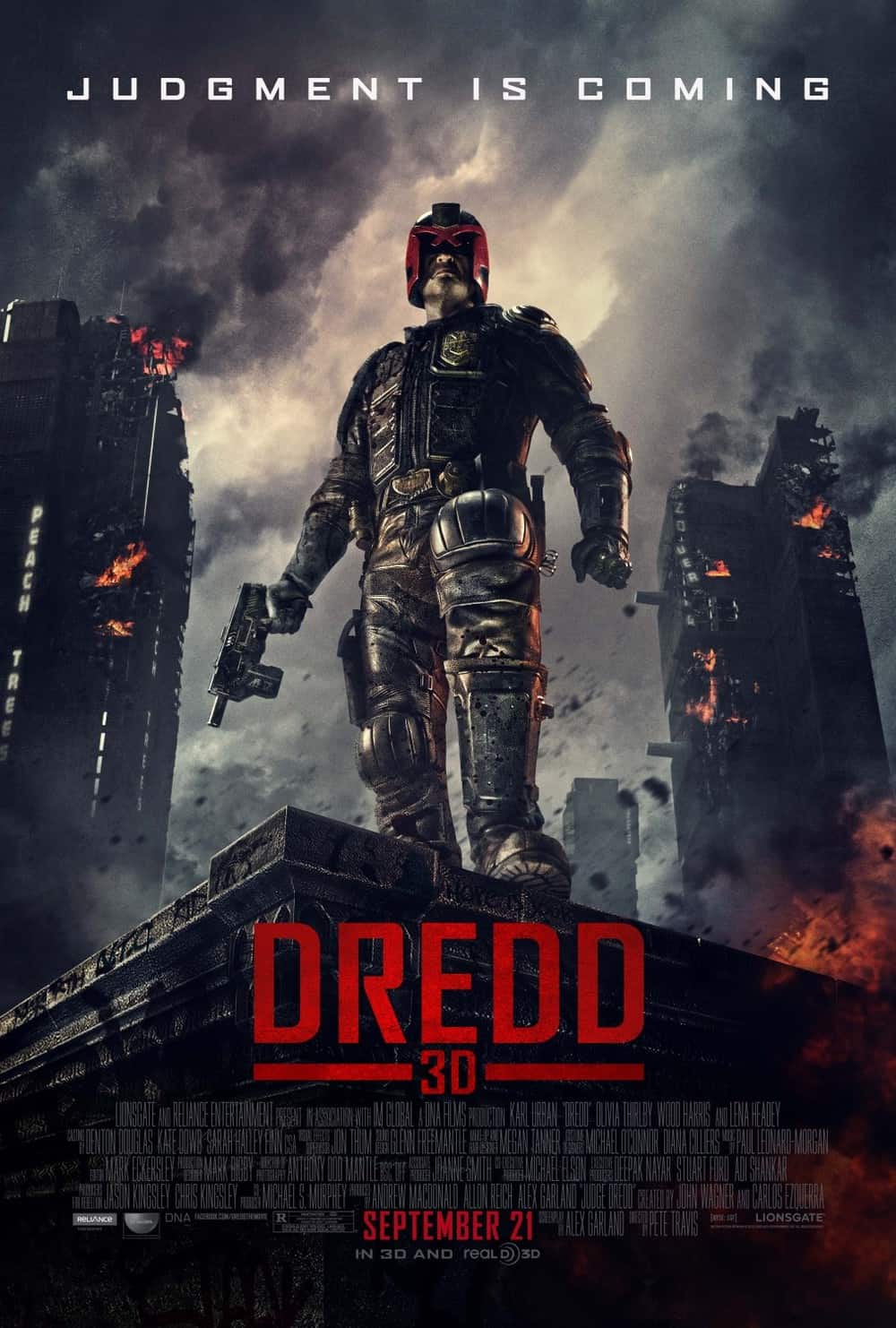 Based upon the comic character Judge Dredd the film is a thrilling and graphic story of the near future where cops are judge, jury, and executioner. This film stars Karl Urban and features graphic gore and violence and faithfully captures the tone of the character. The film didn’t do well at the box office, but quickly gained critical acclaim and has become an instant cult film that satisfied film and comic fans. This film was also successful in eradicating the much panned 1995 Judge Dredd film that featured Sylvester Stallone in the titular role.

All of these films are examples that superhero and comic stories are not and should not be aimed at a wide family audience all of the time. There is room for these films to be made and most of these films have shown to be successful in their own right. With Deadpool being released it might be possible to see more R-Rated films coming out that reflect the tone of the characters that they are adapting and give some much needed variety.