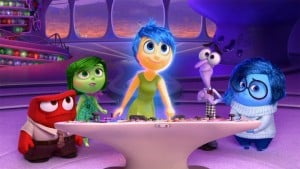 Inside Out was a much-needed return-to-form for the studio. Lost in a sea of good-not-great films — all of which didn’t have anywhere near the staying power of their last truly great film, Toy Story 3 — Pixar wasn’t necessarily in a rut, but they needed another hit irregardless. With their output feeling more insignificant with each passing year, things were getting a little dire. The Pixar magic was starting to fade. But thankfully, they pulled themselves together to put together one more really good film, an original work filled with great characters, imaginative backdrops, captivating visuals and all the heart-tugging themes you expect to find in the best Pixar features. While it’s not quite top 5 material — not for me, at least — it’s a defining comeback, a masterfully constructed film that’ll likely only become more beloved and celebrated in its mastery as the years go on. Pixar needed to think out of the box again, big time, and they did that and then some here. Hopefully this isn’t their last great film. These kind of efforts may start to become fewer-and-farther between, but it would a shame if this was the last time they mastered such emotionally-driven filmmaking. If that’s true, then I’m going to become Sadness. Or Anger, perhaps. Anger is cooler. Or hotter. You know what I mean.