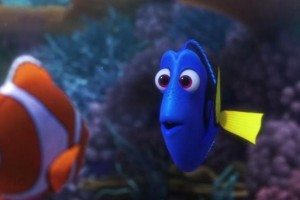 Whether people admit it or not, Finding Dory and Cars 2 suffer from a lot of the same problems. As far as Pixar sequels go, it feels like the company is treading water a little bit with this one. But in terms of general quality and execution, this Finding Nemo sequel aligns closest with Monsters University. There’s no real reason why Dory should have her own movie; she was already a little overused in the original. And, indeed, her fairly one-note character gets a little too old a little quick here. But packed with all the warmth and emotional gravitas that fans have come to expect from the animation powerhouse, Finding Dory has just enough going for it to have it stay float, even when it falls victim of unsteady waters.

While I’ve never been a big fan of Ellen DeGeneres or her comedy, I’ll admit she gives a sincerity and a tenderness to the role that not easy to find elsewhere. And while Finding Dory, much like Finding Nemo, always nervously walks the fine line between laughing with Dory and laughing AT Dory — particularly at the expense of her disability, which can often sour the comedy beyond its general repetitiveness — there’s something rich about Dory’s journey that makes it feel purposeful in its telling, if not especially vital. As far as Pixar goes, this is a fairly middle-of-the-road sequel, propelled more by its emotions than its storytelling virtues. Playing more like what we would expect from a DreamWorks Animation sequel than from the studio that brought up Toy Story 2 and 3, Finding Dory has just enough going its way to keep it swimming ashore, but it’s also appropriately pretty forgettable too.