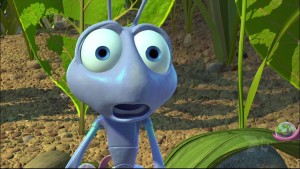 Do you know what Kevin Costner, True Detective and Pixar all have in common? They’ve shared their share of sophomore slumps. And though it would be unfair to suggest The Postman or True Detective season two are on par with A Bug’s Life, the animated film is still, nevertheless, a disappointing follow-up to Toy Story. Granted, it’s enjoyable enough. There are some great supporting characters, a few backdrops are fun and it has a pretty solid villain in Hopper. But without any lead characters as fun or invigorated as Woody and Buzz, it often swats away its potential to settle somewhere along the lines of pretty good.

These days, if A Bug’s Life is really remembered at all, it’s often in correlation to Antz, DreamWorks Animation’s rebuttal to Pixar (that actually got released before). Both have their strengths and weaknesses, but what ultimately puts them both down are their rather generic storytelling. Antz has something of an upper hand, since its more coarse sense of humor allows for some more consistently funny jokes, but neither really stand the test of time because neither really captures an emotional pull. Both often seem more preoccupied with besting one another that they don’t really stop to make themselves better instead. Like two ants competing to give the better present for their queen, they both feel a little rushed and a little less than graceful in their presentation. The character designs are often not as inspired and the animation isn’t quite as great as what we’ve seen from the studio before. Neither are bad, but neither are great either. Their accomplishments, then, are ultimately a little miniscule.