Rian Johnson is hard at work on Star Wars: Episode VIII and has announced that principal photography is almost complete on the project. When fans when into The Force Awakens, they knew that Luke Skywalker would be limited in his capacity but it appears that in Episode VIII Skywalker will be front and center.

The image that was posted by Johnson featured a rough-hewn cloak that Skywalker was wearing at the end of The Force Awakens. The caption read, “In the home stretch.”

The location appears to be on a sound stage and the design of the now infamous cloak looks slightly different. It seems to be more worn. 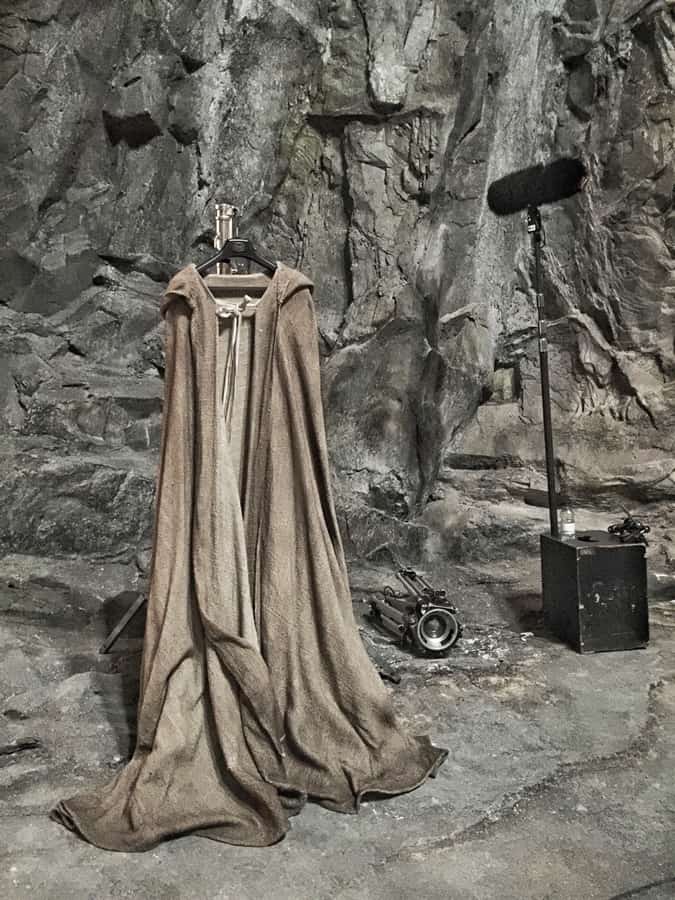 Star Wars: Episode VIII will be arriving in theaters on December 2017. Production has been ongoing at at Pinewood Studios outside of London for the past several months.