Star Wars: The Force Awakenshas awakened the force in every one around the world. Breaking almost every record held byJurassic World,Titanicand now it’s coming forAvatar. The Star Wars hype just won’t die down.

Fandango recently ran a poll to figure out exactly what are the most anticipated films of 2016. You shouldn’t be surprised about what’s number one on their list. Check out the list here:

Rogue One: A Star Wars story came in strong at number.  This doesn’t come to us as a surprise, because we predicted this in our Top 5 Of 2016 Editorial and its Star Wars man, of course people are hyped. Other surprises on this list are that Batman v Superman beat out Captain America: Civil War by two spots. Even the next Bourne movie came ahead of Cap and Iron Man’s quarrel.

Shockingly missing from the list is one of FOX’s most talked about films, Deadpool. In my opinion, not only should Deadpool be on this list, he should be at the very least ahead of Star Trek Beyond. I have a feeling that after February 12, 2016 people will be singing a slightly different tune.

They also did a poll on the most anticipated Comic Book characters of 2016. Coming in at number 1 is Gal Gadot’s Wonder Woman. Although his movie didn’t make it to the most anticipated movie of 2016 list, Ryan Reynolds’ Deadpool came in at a strong number 2 here. Check out the rest of the list here: 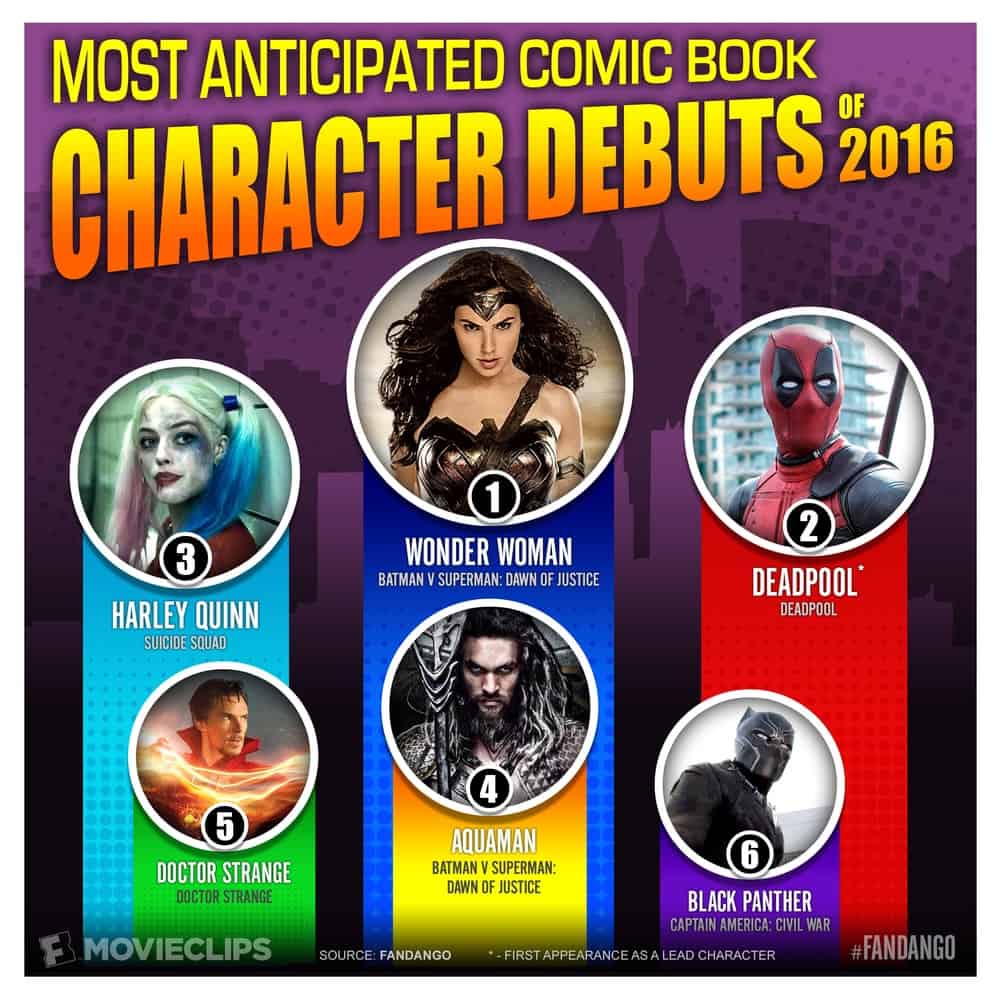