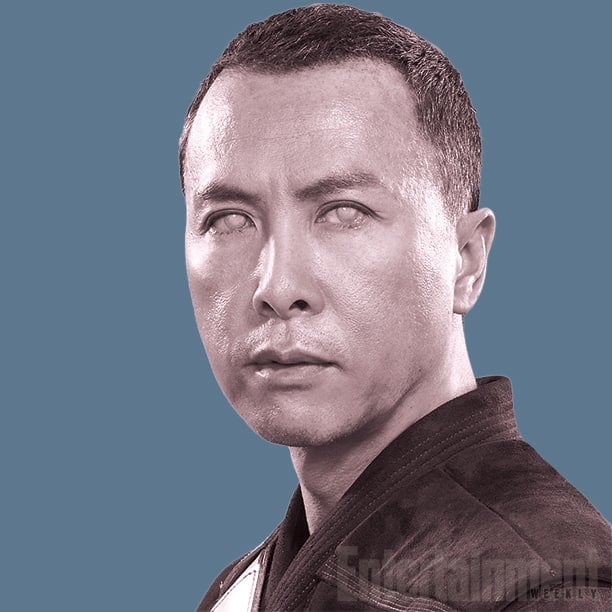 Pronounced chi-RUT, he’s no Jedi, but he’s devoted to their ways and has used his spirituality to overcome his blindness and become a formidable warrior. “Chirrut falls into the category of being a warrior monk,” says Kennedy. “He very much still believes in everything the Jedi were about.” He maintains that belief even though the Jedi are no longer there to protect the galaxy. As director Gareth Edwards puts it: “This idea that magical beings are going to come and save us is going away, and it’s up to normal, everyday people to take a stand to stop evil from dominating the world.” 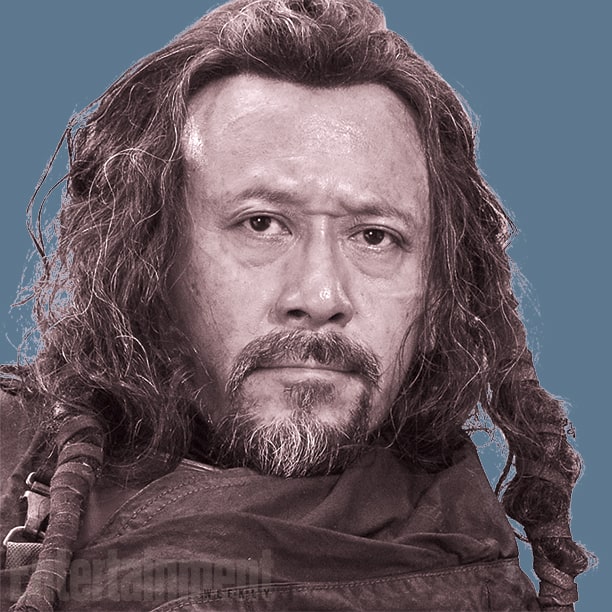 Heavily armored, Baze prefers a blaster to hokey religions and ancient weapons, but he is devoted to protecting his friend Chirrut at all costs. “He understands Chirrut’s spiritual centeredness, but he doesn’t necessarily support it,” Kennedy says. Baze goes along with this Force business because “it’s what his friend deeply believes,” she adds. Think of them as a little like the galactic version of Don Quixote and Sancho Panza.