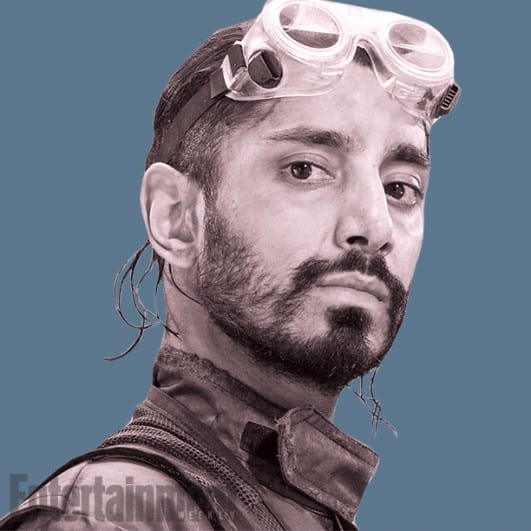 Bodhi is this Rebel squad’s lead pilot. He tends to be hot-headed, but any abrasiveness is overshadowed by his skills in the air — and the void of space. “He flies a lot of cargo, one of his key jobs,” Kennedy says. “And he tends to be a little tense, a little volatile, but everybody in the group really relies on his technical skills.” 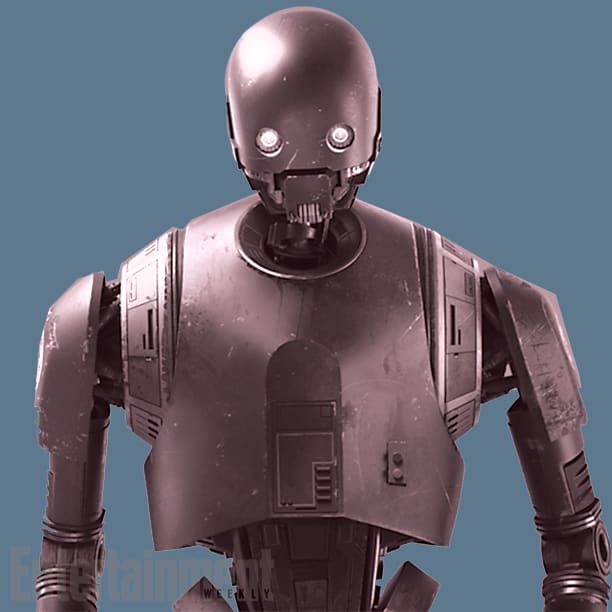 This towering, powerful security droid is described by Edwards as “the antithesis of C-3PO.” In other words, he’s tough, confident, not especially interested in “human/cyborg relations,” and the complete opposite of a neurotic fussbudget. “Kaytoo is a little bit like Chewbacca’s personality in a droid’s body,” Edwards says. “He doesn’t give a s— about what you think. He doesn’t fully check himself before he says things and does things. He just speaks the truth.” Like Jyn, he’s also seeking a bit of redemption for past wrongs. Droids, too, can have regret.