Before Stranger Things closed its first chapter, it made sure to leave other ‘stranger things’ unanswered. While the disappearance of Will Byers may have been resolved, the show made sure to raise more questions in regards to the strange and hellish world known only as the ‘Upside Down’, a hellish nature that can be attributed to the artists at Aaron Sims Creative who’ve worked on a number of things ranging from Pete’s Dragon to the updated look on The Amazing Spider-Man.

Creators Matt and Ross Duffer enlisted the help of ASC to create the show’s iconic creature and ‘Upside Down’ resident. The task required them to come up with a “humanoid creature with no face, just a mouth.” In an interview with Screencrush, Aaron Sims reveals the inspiration behind the creature as well as the original plans for Barb, it seems like #JusticeforBarb was never really in the cards.

The first time we get a glimpse at the show’s monster is at the Byers residence when it materializes through the wall as Joyce attempts to communicate with Will.  The show does a great job at keeping its creature hidden for the majority of the season in order to maintain the mystery but also give more meaning to the creature’s big reveal. Despite several early concepts, Sims kept coming back to the distinct nature of the petal-like mouth. 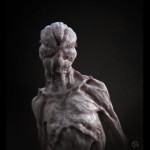 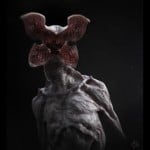 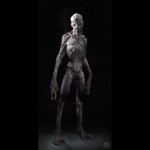 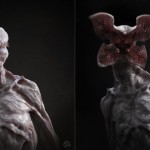 “One of the designs we came up with the first week was a flower petal-like face with no teeth. That really resonated with the Duffers; it answered a lot of questions the Duffers had about the uniqueness of a monster with no face, and how that could be terrifying. A lot of the inspiration also came from the mouth of a snapping turtle – how terrifying that looks, and how its teeth go all the way back. So there were always teeth in our design.

Some of the early concepts were more monstrous in shape, even more asymmetrical. Those were ones that veered off into their own direction, so we ended up scratching those and focusing on more symmetrical designs. “

Early talks between the Duffer Brothers and Sims pointed towards a design inspired by the horrific minds of H.R. Giger and Guillermo Del Toro, paying homage to the creature masters without attempting to take their place.

“What really inspired us with Giger were the very iconic elements of his alien designs. Our goal was to reach something like this level of icon – it’s impossible to ever go beyond that, as Alien has one of the most iconic creatures to ever exist on film.

The fantastical elements of del Toro are always inspiring, and Clive Barker’s work has a hellish quality that we wanted to maintain. The directors are especially influenced by these three, especially the 80s feel of Giger’s work.”

The Demogorgon’s design was reverse engineered by ASC’s team (Joshua Min, Nattawut Baiphowongs, Steffen Reichstadt, Jared Krichevsky, Tsvetomir Georgiev, Daniel Edery and Mikhail Rakhmatullin) in a manner that the man behind the creature and contortionist, Mark Steger, could wear it as a suit. The creative team used a mix of practical effects and CG to bring the monster to life.

“The use of full CG was more related to when an actor in a suit couldn’t perform certain stunts – especially when we had supernatural elements, like the Demogorgon breaking through walls,” he adds. “We had to show another world reaching into ours, and those shots had to be fully VFX.” 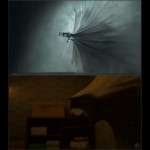 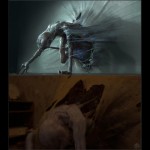 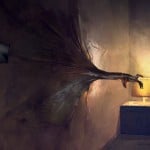 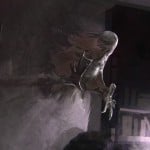 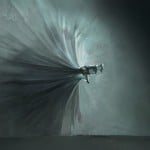 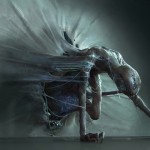 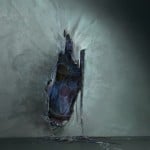 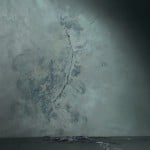 No Justice For Barb 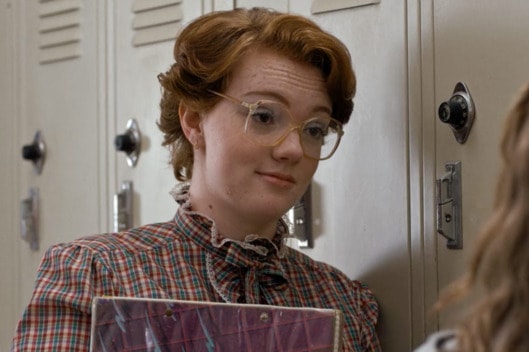 Early concept art also reveals the gruesome fate Barb was originally intended to meet. While fans of the series have now taken to celebrate her life more than her actual time spent on-screen, Nancy Wheeler’s best friend and confidant, had her story set from the beginning. Barb, whose death wasn’t confirmed until the second to last episode when Eleven witnessed her decaying slug-filled body, serves as the first exposure to the monster’s plans for those it comes across.

What could possibly be worse than being webbed up and having slugs coming out of your mouth you ask? Spiders. Spiders and broken ribs. Early concept art showcased Barb having her ribs sticking out in an alien-esque, protruding face hugger kind of way. While it wasn’t revealed this could have something to do with the mysterious egg Joyce and Hopper come across in the ‘Upside Down’ 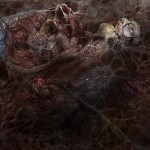 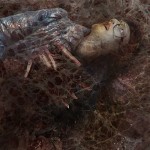 “Based on our original discussion with the Duffers on this design, we wanted to go really graphic with it to highlight the horrific aspects of Barb being eaten, and something then growing on top of her – thus, the ribs poking out of her stomach in the first shot.”

Ultimately the scene for Barb’s dead body was adjusted to make the scene more recognizable, graphic details aside, the audience was meant to see that Barb was beyond being found, despite the internet’s claims of a potential Barb returns scenario. Some have gone as far as to say Barb should return in the form of a haunting for those that lived through the first season.

The final shot features a slug crawling out of Barb’s mouth whereas the original script had a description of a spider leaving her mouth, theres no specific information on the origins of the spider and it seems it was there for the disturbing nature in the imagery. Outside the simple realization that the Demogorgon feasts upon its victims, Sims didn’t let on much when it came to the slugs or the hollowed egg. 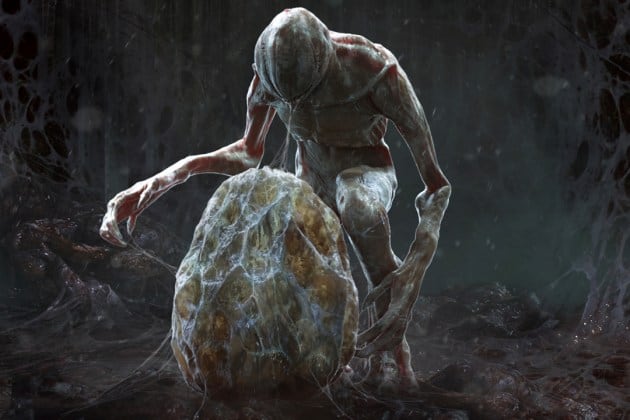 “The egg was a design for something you actually see a couple times in the show, whether you recognize it or not. There are a couple encounters where we see the Demogorgon hunkered over, eating something – when Nancy goes into the Upside-Down through the tree, and when Eleven finds the creature in her “vision”, it’s hunkered over this egg, feeding off of it.

It’s not clear whether or not this is the creature’s offspring – we don’t even know if it’s the same species. The only info we have is that the creature is feeding off this egg somehow.”

My initial thoughts on the egg were that there were more Demogorgon-like creatures out there but based on Sims’ description it would seem like whatever nutrients the monster needs are concentrated inside the cocoon-like containers. Who knows, it may still belong to an offspring-like thing and the creature just happens to be going back for those placenta-like nutrients. Gross.