[Disclaimer: major spoilers from Arrow 4.18 “Eleven-Fifty Nine” are included in this article]

This week wasn’t an easy episode for fans of CW’s Arrow as we said goodbye to one of the biggest Green Arrow characters, Dinah Laurel Lance a.k.a. the Black Canary (played by Katie Cassidy) in a painful way with Damien Darhk (Neal McDonough) killing the heroine. The next episode titled “Canary Cry” will say goodbye to Laurel as Team Arrow will be burying her at a funeral that is certain to bring out massive tears from both the characters and viewers.

The CW has released official promotional images for “Canary Cry” that will feature a couple of familiar faces as Spartacus’ Katrina Law and Doctor Who’s Alex Kingston will reprise the roles of Nyssa al Ghul and Dinah Lance respectively. It can’t be easy for Mama Lance coming back having to bury her other daughter. This is also the episode that will feature guest-star Madison McLaughlin (Supernatural) which Stephen Amell announced on Twitter a few weeks ago and we will be finding out who she is playing. You can check out all the images below along with the synopsis and extended trailer for the episode that will air on Wednesday, April 27th. 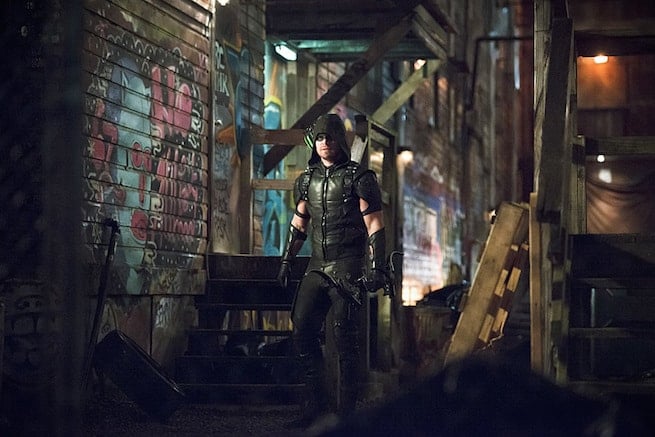 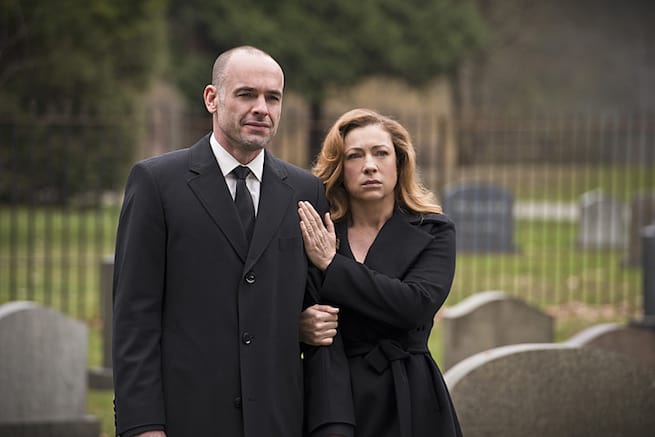 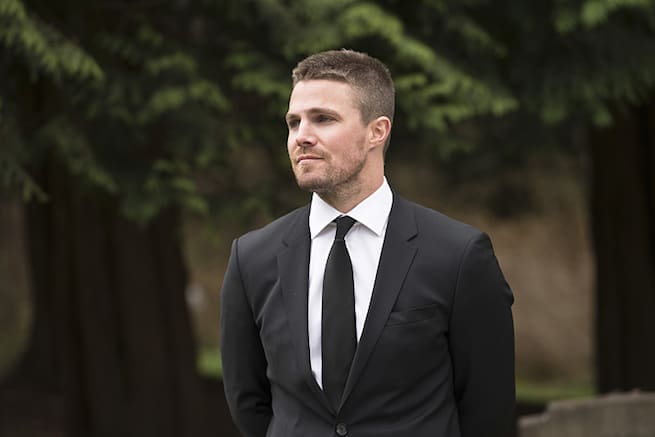 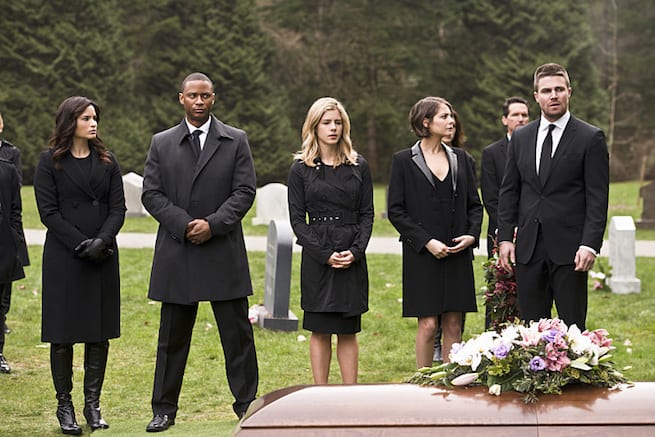 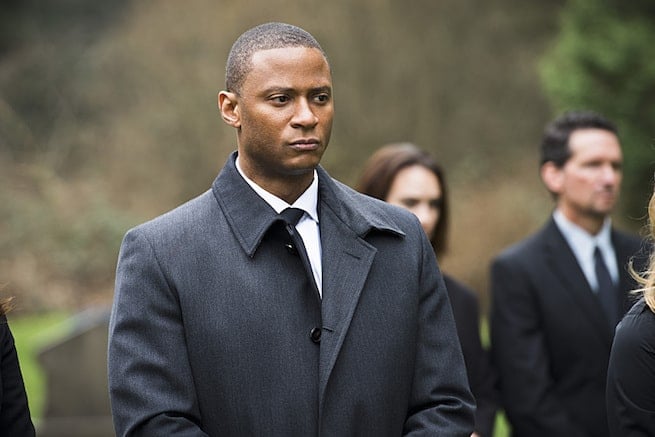 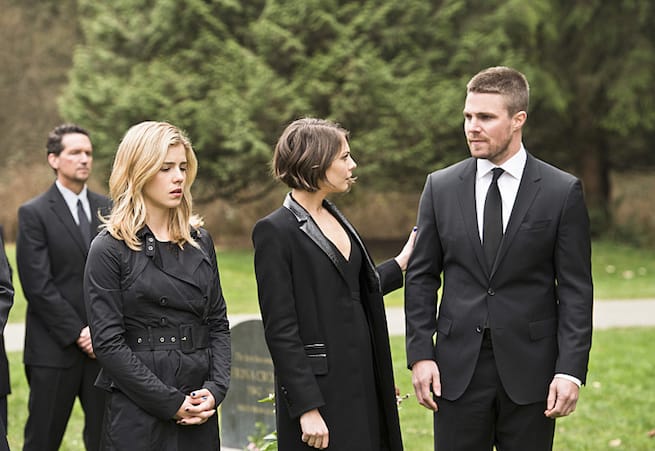 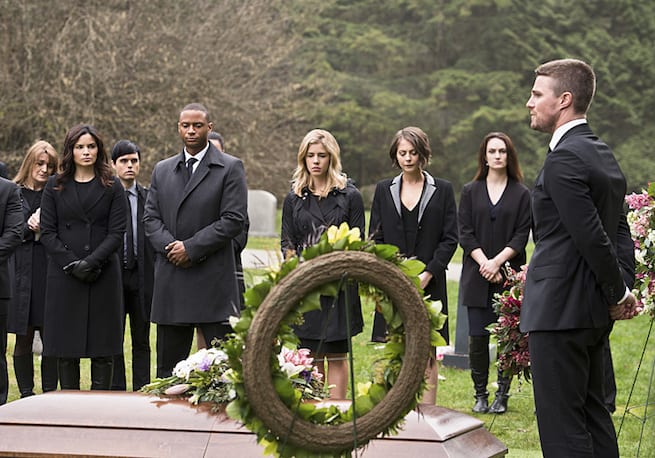 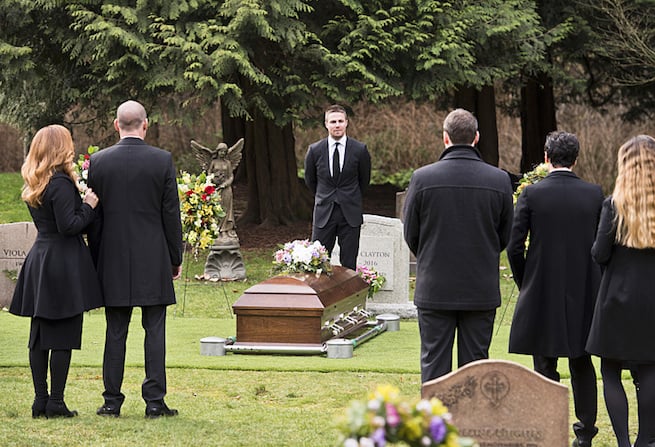 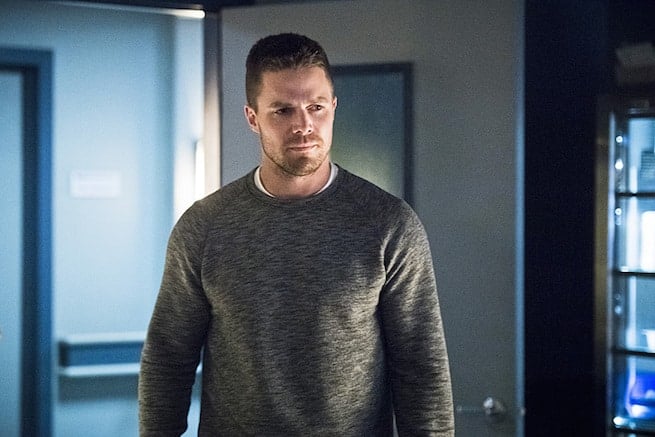 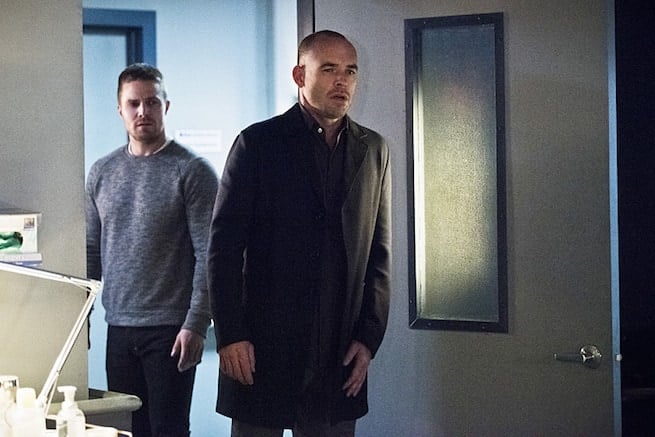 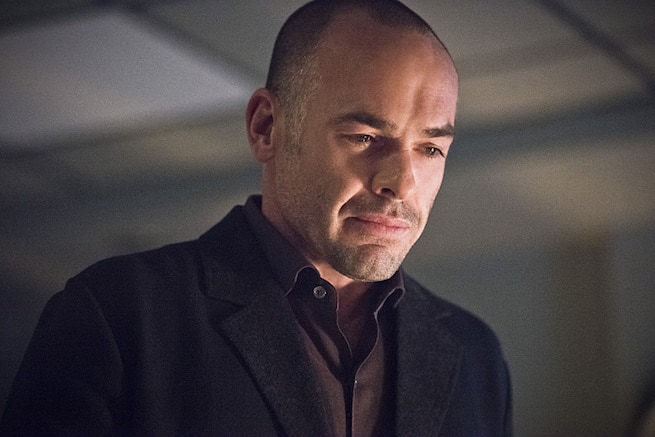 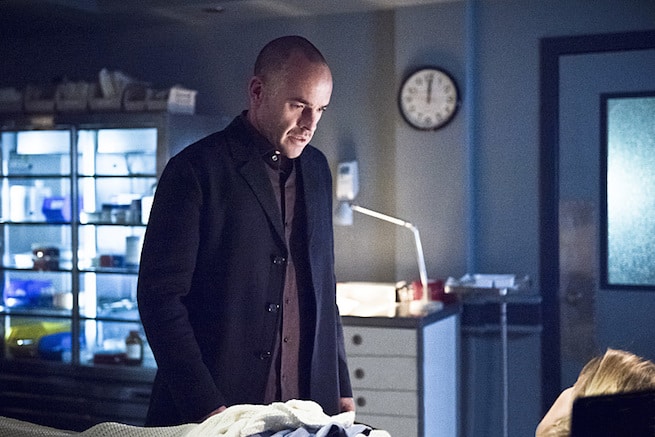 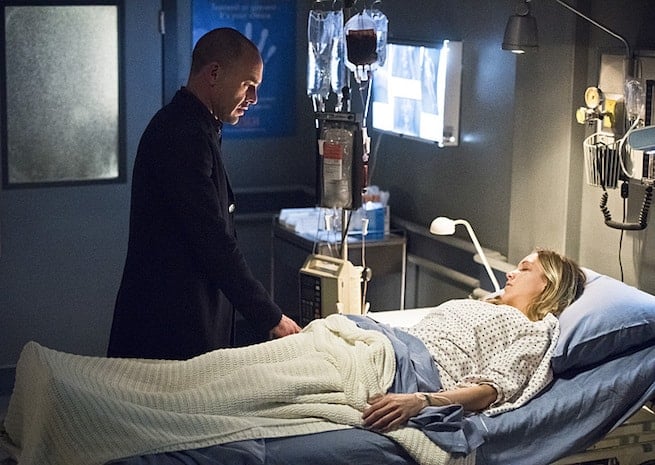 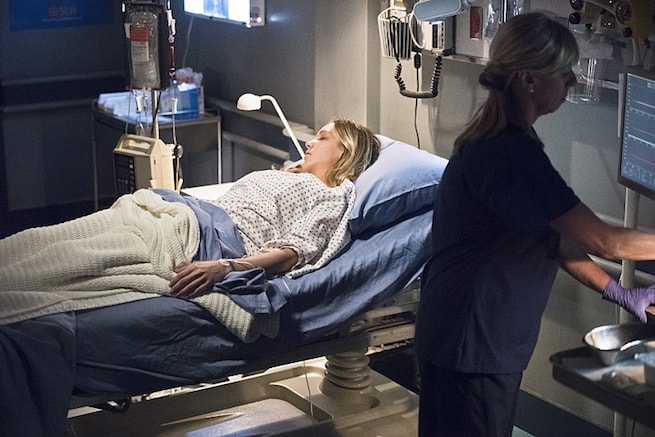 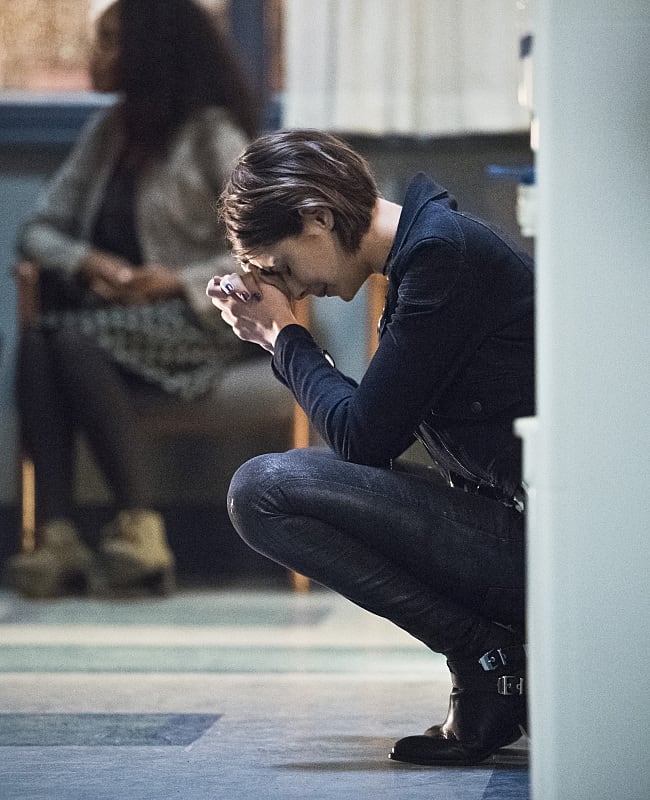 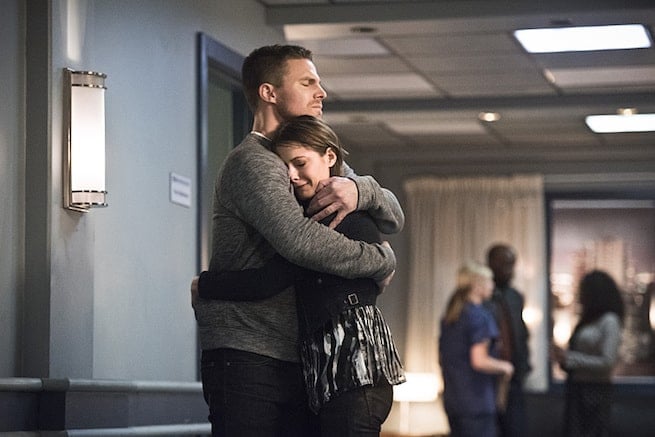 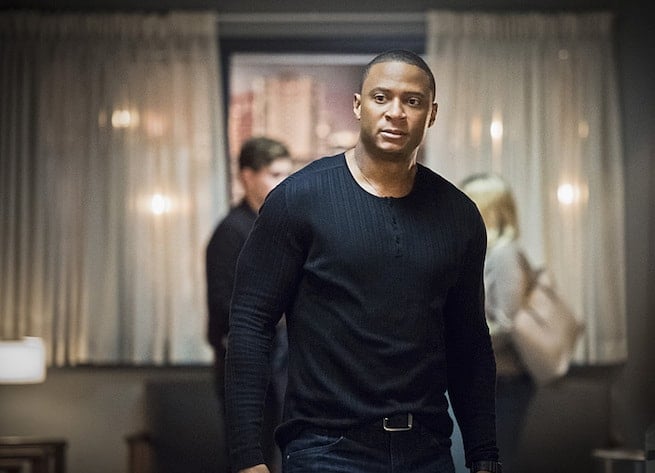 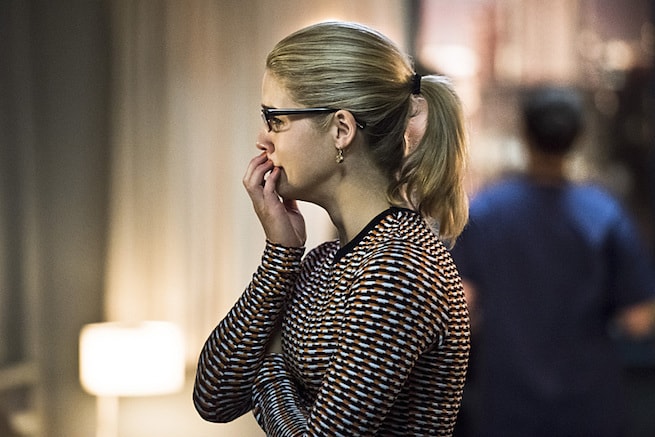