A brand new promo for the season finale of The Walking Dead has surfaced, which offers up our first official look at Jeffrey Dean Morgan as Negan, plus his barbed-wire bat, Lucille. While we don’t see his face in the video (we only see his back), we do hear some dialogue from the fan-favorite villain.

It seems that this promo aired earlier than it was supposed to, since the 90-minute season finale is still a little over a week away. Regardless, you can get your first glimpse of Negan in the video below. Are you excited for his long-awaited debut?

Plus, here are a few hi-res images of the character from the promo: 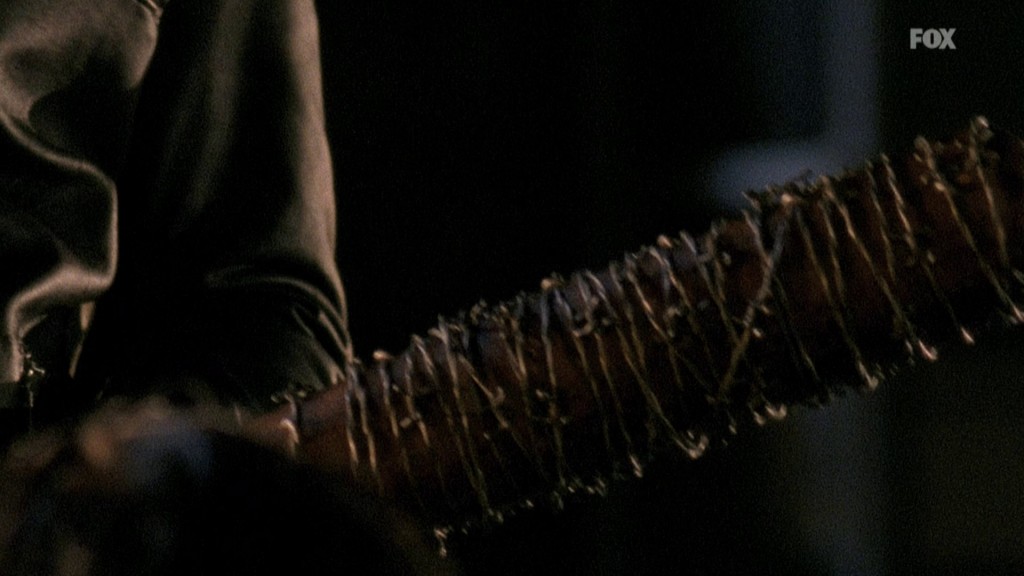 The season finale of The Walking Dead airs on April 3rd on AMC.