The Incredible Success Of The Tomb Raider Franchise

What started out as a single PlayStation game has now become a global franchise. Tomb Raider is a household name, and nearly every film and game fanatic is familiar with the well-endowed heroine, Lara Croft. With a new cinematic release due in 2018, lets take a look at where it all started, and examine how the series became one of the best-known franchises in the world.

Tomb Raider is one of the best-selling video game franchises of all time, with over 45 million copies sold worldwide. It all started in 1996 with Tomb Raider, available on Sega Saturn, PlayStation, and MS-DOS. The original was the most critically acclaimed in the franchise, sold 7.5 million copies and, in turn, became one of the first games to be released on PlayStation s Platinum series.

Thanks to its immense popularity, another eight games were released within ten years of the game s inception. There has been a total of sixteen games, including a mobile puzzle. After conquering the console markets, it was a natural progression for the franchise to branch off into other areas.

The online casino sector (also known as iGaming) is an enormous area of the gaming market, and the Tomb Raider franchise soon became aware of the lucrative opportunity of offering online games to players in order to tap into a wider audience. They did this by producing a couple of popular slot machine games.

The original Tomb Raider slot is a 5-reel, 25-payline machine that features symbols based on the console games. In a twist on the original games, the levels on this slot have sci-fi themes instead of exploring old ruins and tombs, The game is available to play at an award winning site 32 Red, where players receive a sign-up bonus of £10 and can enjoy a number of other slots based on films, including the sequel to the Tomb Raider slot, Tomb Raider: The Secret of the Sword.

Since the game is so popular, it is available at a number of online casinos, such as Big Fat Slots, where players can find it along with a few unique games that include Wowpot and Tunzamunni. Or for those who don t want to stake money but want to enjoy Tomb Raider features like Rolling Reels, the slot is free to play at Freeslots77, but players should bear in mind that there is no money to be won in this case. 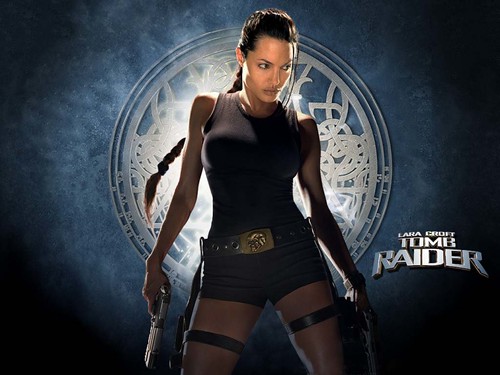 Tomb Raider was one of the first game franchises to be represented on the big screen, and since the release of Lara Croft: Tomb Raider, other games including Hitman and Need for Speed have followed suit with cinematic releases to boost their franchise appeal.

Both Lara Croft films received rather negative reviews, with the first offering garnering 19% on Rotten Tomatoes and the second, Lara Croft Tomb Raider: The Cradle of Life, earning a slightly better score of 24%. Despite poor reviews, both films enjoyed box office success, and the first instalment hit the number one spot on its opening weekend with figures of $48.2 million. This was also Paramount s second-best debut. The film went on to gross a whopping total of over $274 million worldwide.

The second film didn t do as well, but can still be deemed a success with a total gross of $65 million. 2018 will mark fifteen years since the last Tomb Raider film, and producers will be expecting huge viewing figures for the reboot.

The reboot will be a Lara Croft origin story, detailing the heroine s rise to prominence as one of the most iconic explorers in gaming history. The film, entitled Tomb Raider, will be directed by Roar Uthaug and star Alicia Vikander as Lara Croft. Vikander won an Oscar for Best Performance by an Actress in a Supporting Role for her part in The Danish Girl, but she will be known by wider audiences for her performances in Ex Machina and The Man from U.N.C.L.E.

The film is set to be based on the most recent console game, which received excellent reviews across the board. It is expected to be darker than the previous offerings, and has already been compared to Christopher Nolan’s take on Batman in Batman Begins.

The recent console releases along with the hugely popular slot games mean the Tomb Raider franchise is still at the forefront in gaming markets. The upcoming film could serve to boost the name even further. It would be wise to expect that after its release, there will be many more films to come.